UFODigest.com » Aliens and UFOs » COULD UFO DISCLOSURE ACTUALLY BE FABRICATIONS? 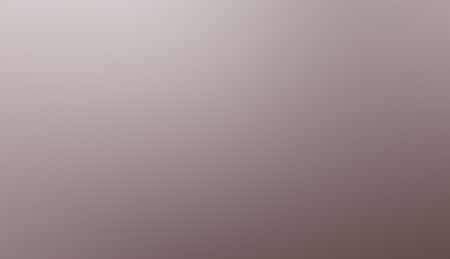 In the long and convoluted history of the UFO enigma one must surely question not only the  government’s cover-ups that have existed, but even if the supposed disclosures are more than meet the eye. With each new revelation are questions that should be posed. Are these, at times, vague or even fantastic depictions of extraterrestrial activity really authentic or are they an example of counter intelligence tactics? There are two very real possibilities in all this. 1) Either many of these crashes, sightings, and abductions are true 2) Perhaps these are false stories manufactured by government intelligence agencies to socially engineer society away from its belief in God, to accelerate social change, or to manipulate our core belief systems as a conditioning process for world government domination.

When your servant becomes your master

Admittedly, these are grave implications. More and more we have seen a shift in the attitude of our own US government which views people as subjects not citizens who possess inalienable rights that are indeed not granted by elected officials, but by God, a higher power than man. It is not a stretch of the imagination at all to regard the federal government’s opinion of the public at large as being no more than potential detainees. One needs only to look at the NSA scandal to determine this, to look at the aggressive actions of the IRS to see that our government cares little about the thugs it employs in order to enforce an unjust and needlessly complex tax code to see that there are agendas hidden within our government that are in conflict with our Constitutional guide posts.

Would it not be too great a stretch of the imagination to concede that the paradoxical UFO controversy could easily by manipulated into creating a shift in the social paradigm that would play into the hands of collectivist, fascist designs?  If a government can break down the fundamental building blocks that support a society by attacking the family and destroying sacredly held belief systems than an entire nation can be toppled from within with the orchestrated decay of values that once united the people. A controversy such as UFO’s represents a crucial challenge to many sacredly held beliefs that support social cohesion.

Presenting the UFO as an intended cover-up exposed due to accidental disclosures would be the typical content of a counter intelligence operation that would convince many that there was indeed a secret being kept in classified circles. This is why the need for definitive proof is so essential. We cannot afford to be misled on such a pivotal issue that is having a huge impact over the members of our society. The masses cannot afford to be misled by hidden agendas, nor can the truth of such proportions allowed to be dismissed if it does exist. Mankind cannot be allowed to run from the truth much less hide it from the public.

Top Level US military leaders alleged to be part of MJ-12 the secret working group.

For every major disclosure of UFO reality there has also been just as great a potential for the military and the federal government to twist the story into something that  amounts to an embarrassingly simplistic explanation that insults the intelligence of,  not only the witnesses who reported the event, but the public who is informed through media sources. Then comes the rippling effects of controversy that creates arguments over the basic reality that most of us agree upon as shared by members of society.

Kenneth Arnold’s sighting of nine “flying saucers” flying in formation near Mt. Shasta was perhaps one of the first potentially socially disruptive reports of a sighting that would begin the caldron of confusion over reality to boil. Soon to be followed by the Roswell crash just weeks later, for the first time the self-assuredness within society began to crumble as opinions between many people began to differ on who or what had come to visit earth if it came to that explanation at all.

The Roswell Incident was perhaps the first paradigm changing event that began society on the road of questioning itself as well as what man’s role in the universe really was. The argument of whether life existed elsewhere as well as if mankind really was the most intelligent life form began the long and gradual erosion of man’s assuredness of his own place in the scheme of things. Such an earth shattering announcement could easily be used as a way of introducing the public to a revolutionary concept that contradicted all sense of accepted norms.

Such is the revelation that the H.G Wells science fiction classic “War of the Worlds” when performed by Orson Wells and his “Mercury Theater” radio broadcast in 1938,  which set off a wave of nationwide panic. It was recently revealed that this allegedly misunderstood radio play that had inadvertently set off so much hysteria by accident was, in actuality, a sociological experiment to see just how effectively the public could be influenced into a chaotic state. The question is by who and under what premise this massive disruption was orchestrated for?

No good can come of it

One thing is for sure. The prospect of an overt contact with hostile extraterrestrial life is a potent catalyst for social impact as well as the reconsideration of generally accepted beliefs that can be cast into doubt once the proper groundwork has been laid. The introduction of such effective Machiavellian material into a society bombarded by mass media is undeniable. When lives are stake and public safety is compromised just because officials in some government think tank want to observe the effects of an induced state of unrest, you can bet no good can come from it.

The Majestic 12 documents were conspicuously mailed to UFO author William Moore in 1980. This immediately unleashed a firestorm of controversy over whether or not President Harry Truman had conducted a top secret briefing and creation of a special committee of experts to deal with the numerous UFO reports that had been coming in. Based upon the related evidence of papers containing corroborating evidence from Canadian scientist Wilbert Smith along with physicist, Stanton Friedman’s, support for the authenticity of the unusual documents, another supposed revelation had been disclosed due to an anonymous leak.

The FBI weighs in

Once again a seemingly believable source of intelligence through an unintended disclosure impacted society as an intense discussion over a long standing government cover-up over intense classified level government investigation into the UFO matter was unleashed. The argument over the authenticity of the Majestic 12 documents has raged until the present day. When the FBI Vault was opened 3 years ago to make public a wide range of FBI records into its role in historical investigations it was found that the agency after reviewing the MJ-12 documents resubmitted them to the Department of Defense in the belief that a high level leak had indeed occurred.

Adrian Salbuchi, an Argentinian international political analyst who has fought against government corruption in his country speculates on the use of a false flag extraterrestrial invasion using exotic and little known military technology to convince the public. This false flag alien invasion, he warns of, could be used to set the stage for the massive implementation of martial law through-out the nations of the world. Argentinians rioted and threw out their corrupt banking system as economic tragedy gripped their nation. Perhaps America should pay close attention to what happened in Argentina.

Yet, once again as convincing reports and provocative documentation seems to present itself, there is a questionable pretense over shadowing the issue. Ultimately, again and again, the question emerges. Is the apparently official documentation leading us to arrive at an extraterrestrial conclusion merely an illusion created by counter intelligence elements within the vast espionage network of the US arsenal or not?