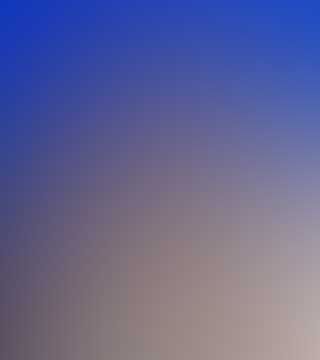 It was a TV series ahead of its time. Consider it advance reconnaissance information.

Airing on Saturday evenings at 8 p.m. in 1996 and 1997 on NBC, “Dark Skies” took viewers inside a secret U.S. government group dealing with UFOs and strange visitors.

Yet, time and certain situations sometimes have a way of circling around in surprising ways.

Nearly 15 years later, the series is now once again in the public consciousness and is reaching a new and expanding audience with the release of “Dark Skies: The Declassified Complete Series” DVD collection.

Loengard is hired as an aide to a California congressman and Sayers lands a job in the office of First Lady Jacqueline Kennedy.

When Loengard conducts routine research for the congressman’s office on topics like funding of the Air Force’s “Project Blue Book” at Wright-Patterson Air Force Base in Dayton, Ohio, and interviews alleged UFO “abductees” Betty and Barney Hill, he comes into unpleasant contact with a covert group that the “Dark Skies” writers (and many others) have called “Majestic-12” or simply “Majestic.”

After he is initially intimidated and roughed up by Majestic agents led by Navy officers in plainclothes, Loengard is recruited into the group and transforms from a naïve and optimistic citizen into a hardened, though somewhat frightened, undercover agent who wavers between working for the group and breaking off as a “lone wolf.”

However, he is a lone wolf with a beautiful girlfriend (Ward). Although their romance lends warmth and emotional depth to the story, threats to the Kim Sayers character take dark turns.

In some episodes we go back to the alleged 1947 Roswell incident and even to ancient times when North American Indians are visited by “sky people.”

The creators and writers of the series, Brent Friedman and Bryce Zabel, have done their research on the many elements of the UFO phenomena and it shows in “Dark Skies.”

In fact, Zabel, a former TV journalist at PBS and CNN, recently co-authored a non-fiction book about the inside story on UFOs with historian Richard Dolan titled “A.D. After Disclosure: The People’s Guide to Life After Contact.”

Public awareness about visitation to Earth of extraterrestrial and/or other intelligent beings is different in 2011 than it was in 1996.

Today, respected scientists openly discuss the possibilities of contact with other intelligent life.

And, the general public can’t help but notice the unusual UFO incidents in recent years such as those in Phoenix (1997), at Chicago’s O’Hare airport (2006) and in the Stephenville, Texas, region (2008). All three of these incidents were covered nationally and internationally in the mainstream press.

Are various kinds of visitors in exotic spacecraft trying to tell us they are here?

Are people associated with the U.S. (and international) defense and intelligence communities also providing acclimation to prepare us for this unconventional emerging situation?

How does “Dark Skies” fit in?

The series uses a unique blend of history, reasonable speculation about UFOs and creativity to look at important issues and events during the period from 1961 to 1967. Zabel and Friedman present an alternative view of the ’60s, merging real people and circumstances of that era with possible clandestine scenarios.

They ask us to consider many “what ifs.” What if the public story of past events is part of a larger and more complicated picture? “History as we know it is a lie” … this is the line from the Emmy Award-winning main title opening sequence of “Dark Skies.”

We might also ask what the truth is about our current situation with regard to UFOs, unconventional visitors, expanded human consciousness and other edge-science theories and realities.

And, what does the future hold?

By opening our minds to many possibilities, we can probably enhance our psychological, social and cultural readiness to deal with challenging developments.

In this sense, the reappearance of “Dark Skies” on the public and media scene may be very helpful and even trigger new creative communication efforts that both entertain and enhance understanding of leading-edge scientific topics.

The collection includes all 18 episodes that aired on NBC including the two-hour pilot. Extra features of the DVD set include the two-hour international pilot shown in Europe.

The 2010 documentary “Signal To Noise: Uncovering Dark Skies” is particularly enlightening, featuring a discussion between the creators Friedman and Zabel along with views and insight by the show’s main stars Close and Ward. (It is nice to see that Ward is more beautiful now than ever.)

Viewers can also watch the first and last episodes with the option of an audio overlay of interesting and fun commentary among Friedman, Zabel, Close and Ward. Behind-the-scenes stories and incidents about the making of the series are fascinating.

Information about pitching the series to NBC, the original sales presentation, network promos that aired and other background information are also included in the DVD collection.

The “Dark Skies” DVD set can be ordered from Shout Factory! home video company. A valuable related resource is the website about Zabel’s and Dolan’s new book at AfterDisclosure.com.

If you want more information or wish to purchase this item simply click on its title: Dark Skies: The Declassified Complete Series