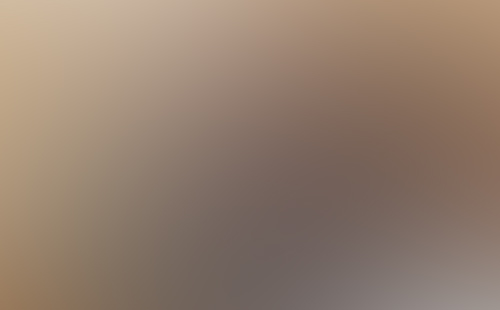 Before this investigation took off tonight, I received an unusual paranormal hotline call. The caller tells me that he sees a green toad with a monkey tail and flaming eyes in his ceiling vent. Also from the vent, a moth flew out and it landed on his bedroom floor and turned into a man, the man was in a kneeling position, got up and walked away. Yes, I get some unusual paranormal hotline calls. Paranormal Hotline Call Case # 4571437

INITIAL REPORT
November 14, 2014, Friday / DATE TO BE THERE: 8pm / Address to be at: Sacramento, CA – Contact Person: Terri Smith / Activity Level: deceased stepmother Frannie is haunting this 2 story home. Frannie had a routine, at 6:15am she would let the dog out. Now that she is deceased, Terri’s sister has seen a full body apparition of Frannie as she was letting the dog out and Frannie was nodding her head with approval. Another time, Vicky saw Frannie and Frannie told her “you must help Terri”.

Deanna Jaxine Stinson and Rod Engberson are both sensitives and they did an initial walk-through. This is what Deanna felt:

“When I first walked into the house I didn’t really feel anything. I went upstairs to the first bedroom on the left and I walked into the entrance way and I felt somebody around my height tap me on the shoulders from behind. It was a gentle touch it was not meant to intimidate me or harm me in any way. The second time that I went into the same bedroom to try and get an EVP with my husband I felt it again but we didn’t get an EVP and it was right when I walked into the room. I feel like there are only good and protective spirits here. I honestly do not feel anything evil or negative.

Terri Smith – Occupant verifies that her deceased step-mother Frannie would indeed tap someone on their shoulder as for reassurance.

Rod Engberson was drawn into the main living room and said that this is where everyone would hang out at. Terri verifies this. Rod was ready to sit in one particular chair and felt that Frannie was telling him not to sit on that chair. Terri verifies that this is the chair that Frannie would sit on all the time. Rod confronts Terri and tells her that there is a reason why the weight is on you. Terri explains Rod’s assertion of the weight that has fallen upon her shoulders. Rod says: “Your cross is heavy for a reason.” Terri then pulls out a wooden cross and a zip lock bag with Frannie’s hair in it. Rod feels that there is something hidden in the crawlspace or attic and Nicole has volunteered to be a ‘crawlspace rat’. Crawlspace rat derives from the Vietnam War in which ‘tunnel rats’ were used to crawl into the VC’s tunnels.

FIRST INVESTIGATIVE SESSION:
Rod explains his attraction to a crawl space in the house: “When I was upstairs I was drawn to where the heater was and something was pulling me up to the attic, there was an issue and it needed to be addressed. So, when Nicole went into the crawl space there was some sort of electrical problem that needed to be addressed. The rats were eating the wires where the plastic was. There were also burn marks on the wood. Also Rod picked up on something about a cross in Terri’s pocket and she has a cross in her pocket, that is cut in half and the other half is in Frannie’s grave. Also, Terri had a lock of Frannie’s hair in her pocket. There was a race team with fishing lures in F and F in the garage- Fred and Frannie of which Rod has an association with the F and F. Rod had sponsored a race team called F and F- Friends and Family and it was the same Fred from here. Nicole captured an unusual green orb and Nicole and Victoria both felt a sudden cold spot at the same time. Later on the evening, Deanna, me, Victoria, Rod and Nicole felt a cold spot sweep into the dining room area.

DEDICATED TO FRANNIE (ON LEFT)

SECOND INVESTIGATIVE SESSION:
Rod was holding the dowsing rods and they went crazy. He would say, point at Victoria and the dowsing rods would point at Victoria, or follow Victoria around the room. He would say point at Nicole, and they would shift and point at Nicole. Very unusual movement for the dowsing rods. The dowsing rods seemed to correspond to what Rod was saying, showing signs of intelligence. No EVPs were captured on the 2nd round. With all of the strange coincidences that occurred, Frannie may just be here and watch the video as Nicole,
Rod and Victoria explain exactly what the rods were doing, it was quite amazing. Nicole captured an odd looking green orb. I do believe that Frannie may be here along with possibly some other family members. This was a very good investigation with a positive outlook for everyone. Case Number: 925

A BIG THANKS!
To Terri for the chocolate chip cookies, Doritoes, Dutch apple pie and coffee! Yummy.