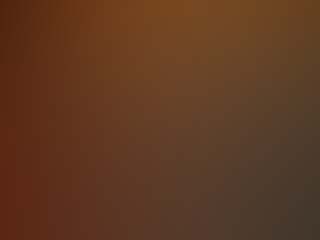 January 10, 2015: Tonight, I had 6 investigators on the case and one investigator riding with me to Stockton, along with HPI Co-Owner – Sensitive and Wife Deanna Jaxine Stinson.

INITIAL REPORT:
Time to be there: 1900 Hours – Location: Mark Bales home. Mark feels the presence of an entity in his home. At one time he felt the presence of two entities. Big Al felt the same presence. Could it be Mark’s deceased father or something else? Address to be at: Stockton, CA – Special Note: Mark is cooking dinner for us. Deanna and I will be at: NOON: Starlite Lounge, 1517 21st Street, Sacramento, CA for a commercial spot with http://thememorytag.com/ – sponsored by Tom Presler. Special Note: Deanna and I did not attend this event, we got busy with something else.

BRIEFING:
Mark at one time, many years ago feel that there was two entities in this house. When he asked if there was someone in this home, he received 2 strong taps on his shoulder from ghostly fingers. At time the dogs would shiver with fright. Now Mark is feeling something else is haunting this home, he has the feeling it’s the Death Angel aka a Grim Reaper type of entity that may be there for his mother.

Mark can’t shake the feeling that it’s a Death Angel, he doesn’t believe it’s his deceased father. Special Note: Mark has Grim Reaper candles in this house, could the candles have attracted a Grim Reaper type of entity to this home? Mark started receiving premonitions, when he felt the entity in his house. Mark remembers looking at his father and seeing the face of death on his father. Shortly later, his father passed away. Mark now sees the face of death on his elderly mother. He feels the Death Angel is saying to him: ‘get ready’ meaning get ready, because your mother is going to pass over.

CONCLUSION:
I do believe that this house is haunted, with the one distinct clear EVP and the 2nd (not-so-clear) EVP. We obtained some orb pictures, but could not show that the orbs had intelligent movement. Thank you to Mark Bales for the home made taco salad. Mark, thank you for the sodas too. B.A. Thank you for the chocolates. I brought over tortilla chips, melted cheese, jalapenos for nacho cheese. So yes, we all ate good.