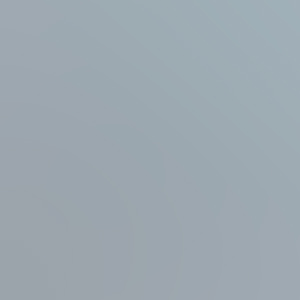 Ever since the emergence of flying saucers in the 20th Century a heated debate has raged between deniers, military counterintelligence operations, the witnesses themselves, and even the media’s role in this phenomenon. Although there has been undeniable evidence and according to physicist Stanton Freidman, in a court of law the mountain of supporting testimony would have long ago made the case, still the controversy continues.

There will always be the unscrupulous element that from the 1940’s to the 1990’s used faked or staged photography often with dramatic effect. By the mid 1990’s the application known as photo shop could be used to generate high definition images that are very hard to distinguish from real footage. Many argue that military counter intelligence operations have for decades been staging a surreal and shadowy ultra secret campaign to mislead the public about the supposed authenticity of flying saucers so as to hide the ongoing development of X-platforms and black operations, even cattle mutilations.

Recently a retired scientist made what would be called a deathbed admission of his knowledge of government involvement with UFO entities as part of a shared technological program that had secretly been underway for decades. Boyd Bushman allowed an extensive interview of his intimate knowledge of such details shortly before his death on August 7th of this year. However, once again the ugly head of counter intelligence reared itself and has cast doubt on Bushman’s testimony. During the course of his filmed interview Bushman exhibits a number of glossy photos of UFO’s and of a supposed extraterrestrial entity. The entity appears somewhat questionable in appearance almost uncannily resembling the fledgling attempts of 1950’s and 60’s low budget depictions of sci fi space creatures.

From a toy maker?

In truth, an individual did indeed reveal that the image of an alien from another planet was indeed the photo of a toy space alien made of plastic sold sometime in the late 50’s. Why would a distinguished government scientist allow his testimony to be tarnished by such an aberration? Had he become senile and confused, had this evidence been handed to him to present during the course of his interview and he had trustingly accepted it? Or, perhaps this was just part of a counter intelligence ploy to not only discredit Boyd Bushman, but the entire premise of the UFO as being extra solar in origin in the first place? Such confusion and subterfuge has continually fueled the argument on both sides that either the powers that be are really hiding something if they are putting this much effort into baiting the credibility question or that there really is nothing more to UFO’s other than misidentification of experimental or conventional aircraft as well as wild, unproven, speculation and conspiracy theories!

It has even come to light recently that the US government has indeed created squadron units of black helicopters having no visible identification, possessing myriad running lights to create confusion for ground observers, and to even have sound insulating capacities to muffle propeller and engine noise. Why? For many years odd aerial lights have been seen over cattle mutilation sites in New Mexico and elsewhere leading many to theorize that some genetic cross breeding experiments were being undertaken by aliens using the closely related tissue of cattle reproductive organs to the biology of human cells. Yet, newly released information may suggest that black helicopter operations were used to simulate UFO overflights during the dark hours of the night. Many investigators had often commented that cattle carcasses seem to have been damaged in a way that would have occurred by being dropped onto the ground from certain heights.

Such explanations are that nuclear testing and the resultant contamination of the environment had led the government to initiate secret testing using cattle rancher’s livestock as markers for levels of radiation and its effects upon organs and tissues. Rather than create a panic among ranchers that radiation may be affecting their pasture lands and the financial liabilities that this could entail much lass having to purchase the cows from their owners, why not simply commence a secret operation that could gather data without incurring the related expense? One ranching family near Dulce, New Mexico reported that they had found bugging devices in their home after suffering costly cattle mutilations that created financial losses that put them out of the cattle business. It would seem that government sanctioned earthly surveillance was being conducted.

By the early 1950’s the Pentagon had already voiced concerns about the public’s pre-occupation with UFO’s as being the possible prelude to the confusion needed by the Soviets to stage a first strike launch of a third world war against the United States. it appears two simultaneous counter intelligence operations were being conducted. One was a debunking campaign that downplayed the significance of UFO sightings while secretly collecting data and sending it to Wright AFB in Dayton, Ohio for serious evaluation. This while civilian UFO investigation groups were being infiltrated by intelligence agents and either intimidated to disband or fed misleading information.

The victims of secrecy

We know that such victims of these infiltration operations were Howard Menger, NICAP, Paul Bennewitz of Thunder Scientific Labs, and witnesses to the crash of an alleged flying disk near Roswell, NM were intimidated or misinformed in such ways that were designed for a predictable outcome on the part of US intelligence operations. According to Donald Keyhoe, a dedicated UFO researcher with ties to the Pentagon, NICAP (National Investigations Committee on Aerial Phenomenon) was complete compromised thanks to CIA subversion from within. This is especially disturbing when considering that Admiral Roscoe Hillenkoeter, former CIA Director was a member of this organization.

One might venture to ask, on the other hand, why at Archuletta Mesa near Dulce New Mexico an electronic field is being broadcast over the area that will not allow HD camera photographs to acquire resolution so that only an analog camera can work? The same question might be applied to Area 51 in Nevada. Why has the government maintained an underground base and has continually acquired more surrounding real estate to further discourage observers from getting a view of the facility from surrounding vantage points? Secrecy is understandable to a point, but when we have former physicist Bob Lazar who claims to have worked there and violated his security clearance when he all allowed friends to see a supposed back engineered UFO being test flown, why was his complete personal history expunged by the US government? In front of a federal judge he did produce a pay stub from the US Navy for his employment there which impressed the court with the degree of identity confiscation leveled at Lazar.

The old saying, “where there’s smoke there’s fire” seems to pertain to the long legacy of the UFO cover-up. It would seem that the US government has gone to great lengths to play a game with the American public and even its former officers in trying to either discredit the evidence or use the possibility of UFO reality to mask the ongoing operations of new high technology developments that will give this nation a decided edge over its enemies for decades to come. This, as well, seems a perfectly reasonable explanation in view of the high stakes involved which would make such intelligence and psychological operations justified in the interests of national security, however just how far should such deception be allowed until it violates the Constitutional rights of the American citizen. Just ask the late Paul Bennewitz.