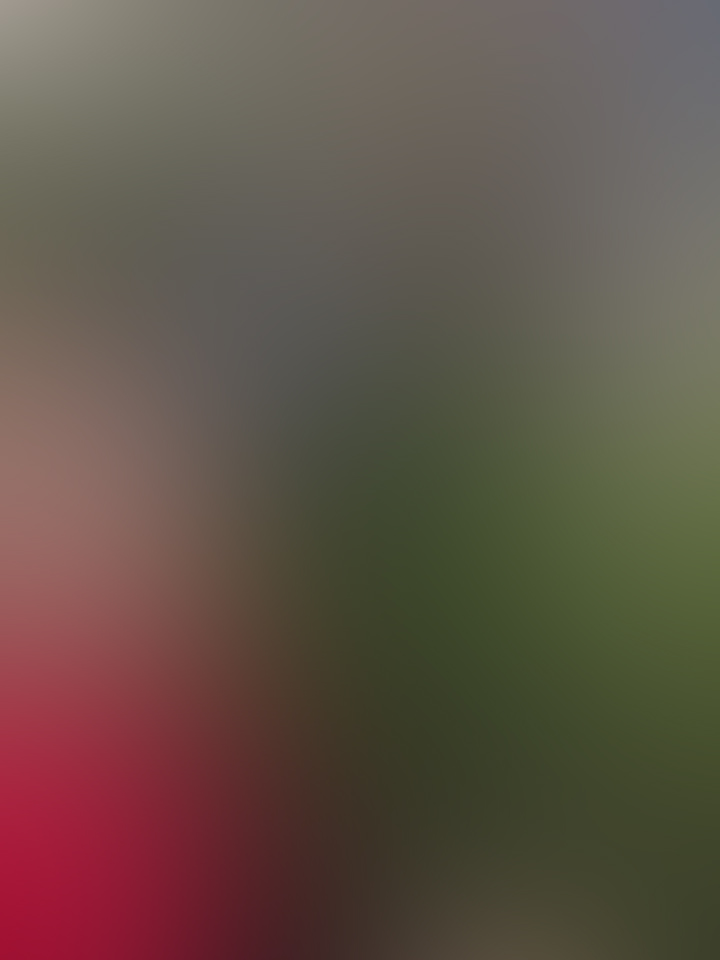 The family had 2 paranormal investigators from their area investigating their home. The 2 investigators were unsuccessful in getting rid of the demon and refused to cleanse the house. The investigators just left. The family’s last resort is HPI (Halo Paranormal Investigations). Gloria and Torrie told us in a face-to-face interview the following: They lived at this house for 5 years. The house is 17 years old. They have been experiencing paranormal activity for over a year. They see shadow people, they hear strange sounds, they hear people talking. They see black masses coming down the hallway and Torrie says there is a “Gatekeeper” in the hallway, that allows Shadow People to enter one at a time into a possible portal. Torrie feels a shock wave that goes into his body and down to his feet. He also feels something clinging onto his leg. Sometimes the entities will keep Torrie from sleeping. Torrie sometimes sees a large ominous dark figure following him. This dark figure will travel 2 1/2 blocks away and will visit his friend, the entity is called by Torrie….”The Black Figure”. Torrie says that there are several entities in his bedroom and at times he records their voices. Torrie says one time he was at the airport and he came across two devout Christian men and they could actually see his attachment. One time one of the entities, a female entity said “help me”.

Torrie is haunted by many things. He is haunted by demons, imps, ghosts, a possible alien. Below I have identified some of the entities that he has encountered.

Shadow Person that seems to guard a portal and allows Shadow People to enter the portal one at a time.

The Black Figure will travel from Torrie’s home to his friend’s home. Sometimes this figure will follow Torrie around the house.

Many people in this neighborhood have witnessed Shadow People and if you look at Deanna’s write-up, a Shadow Person was chasing their neighbor and she had a seizure and fell dead in a ditch. This may be the first case of a Shadow Person causing the death of a person.

Torrie says there is another entity and this entity is evil, it looks like a cobra snake and will crawl all over you.

Torrie has encountered a ghost that has a dog head. This entity has been seen around Torrie’s home.

Torrie has also encountered what could be air elementals, that want the fan on. These elementals will talk to Torrie through the fan. When we turned on the fan, we captured an EVP that sounded like a loud sneeze. This loud sneeze was not heard with our ears, but when we played the recorder back, we could hear the sneeze.

Torrie talks about a scary entity that is very intimidating. This entity has the body and head of a Praying Mantis. Could this be the insectoid alien that resembles a Praying Mantis? Also a Facebook friend named Matthew says that he once witnessed a triangle shaped UFO that went from Beale AFB and into the area of Biggs. Special Note: Beale AFB is 40 miles away from Biggs, CA

I believe the Molesting Incubus that attacked Gloria, could have been the imps that Torrie sees. Deanna did not detect any Incubus, but did detect the imps. Imps can be mischievous.

On the property I had visions of a lot of legal stuff. I was seeing everything in a colonial time period. The floors were wooden, the walls, furniture, just about everything. I saw a man who had a grey curly hair long wig looking through a lot of different books. Some were very large width and height and bound in dark leather. I saw feather pens and calligraphy writing. I saw a courthouse and some type of legal office. We later discovered that the female occupant has a legal career. Special Note from Paul: Later in the day, we captured an EVP of a man saying “Corpus”, which validates Deanna’s vision of entities doing some sort of legal work. Is it possible that these entities are attracted to the occupant with the legal background?

In the bathroom I saw an older woman with short grey curly hair and a pink dress. I kept seeing everything with the wood and the home was linoleum and carpet. So, I thought that it was still the colonial time, but when the occupants elderly mother came home I realized I was seeing her residual energy. She has dementia. As well as a little girl in her room may have been from her energy because it was filled with dolls and childlike things. Also, in the backyard I kept seeing a large diamond ring and then the male occupant relayed a story to me about his deceased grandmother’s diamond ring that she just gave away.

I saw small black imps darting under the bed in the master bedroom. The male occupant confirmed that is where he sleeps and sees them too and they keep him up all night. He sees them jump on his wife. He said he never really was open to the paranormal until a head injury he had received when he fell 15 feet. Special Note from Paul: We captured a growling noise EVP underneath the bed, where Deanna felt the imps were. I also learned from the occupant that he thought an incubus was molesting his wife, but thinking about it, he said it could have been the imps that were on his wife.

Me and Randall caught onto visions of all the elementals on the property. The male occupant said when the fans are on, he hears voices in them and we heard strange ones too, so it’s most likely a type of sylph. In the backyard I just kept seeing water streams, lakes, fishing for trouts and they told us there was a flood there in the early 1900’s, which makes a lot of sense for all the water I saw. I looked down where I was sitting and a white feather appeared out of nowhere. They had also said there was strange burn marks on the old floor before they changed it out. The client is an avid organic gardener so I sensed Earth elementals as well. Special Note from Paul: We captured what sounded like a loud sneeze EVP when the fan was on.

They said they had a friend that really wanted to meet us this day because she was having issues and we couldn’t come earlier we were all booked up, but she had been panicking saying a shadow figure kept chasing her, which the pastor at her church had witness too. The friend had died the week before. They said she had just got up and started running and had a seizure and fell in a ditch and drowned not very far from the house. I felt bad because I feel we could have prevented this if the timing was different.

EVP that sounded like a growling noise, captured in the bedroom, underneath the bed. The fan was turned on and captured an EVP that sounded like a loud sneeze. EVP captured in the backyard that is a male voice and he says “Corpus”. Also on this EVP session, the entity spoke to us 4 different times with the same recording and we could make out one word and that word was “Corpus”.

They said they had a pastor there to bless the home with oils and it had not prevented anything. We blessed the home, incorporating Earth as a wooden cross, vanilla incense as air, holy water and three white candles for flame and spirit with prayer. I also left a deep blue votive candle with a prayer wrapped with a rubber band to use if things acted up again in the future because I know sometimes it takes repeated blessings as you have to put more positive energy into the space, then there is evil over time to really cleanse the place. Special Note from Paul: I conducted a Roman Catholic blessing of the house, while Deanna conducted her metaphysical cleansing of the house, she utilized the powers of Archangel Michael for her cleansing. The occupants felt better after the cleansing. Torrie told us that he felt he had an attachment and I told him that he needs to be re-baptized and he plans to do that soon. Also, I explained to the occupants on how to bless their own home and they will follow the advice of Deanna and myself. Randall Johnson assisted Deanna with the metaphysical cleansing.

A lot of things could be going on. What if this whole haunting is “alien originated”? If Torrie was visited by a Praying Mantis type of alien, could this alien be going through a portal located on the property? From this portal, we then have elementals, Shadow People and other type of entities? Even if there is a demon at this home, a demon could be interdimensional or even extraterrestrial. If we believe fallen angels are demons, that would make them extraterrestrials, because angels come from the heavens, so do extraterrestrials. Food for thought.

If you ever wonder what HPI’s busy schedule looks like, now is your chance to see. Below is our latest schedule.

September 10, 11, 12, 2019: Travel Channel’s Ghost Adventures is investigating a home in Antelope. Leila, the occupant of this home contacted HPI first. The case was given to Brittany Breen who represents Ghost Adventures.

September 13, 2019 Friday/ Time to be there 8pm: Contact Person: Brenda / Case # P91D65865229. Address to be at: Unit 3, Rancho Cordova, CA – Activity: Demonic. Another group went in her home to conduct a cleansing and they made a mess out of things and now the activity is worse. They now need HPI’s help.

September 20, 2019 Friday / Time to be there: 9pm. Contact Person: Heather. Her son 9 years old is being followed by a little boy ghost (imaginary friend) named Kalep, they see Kalep’s shadow in the house. Things get moved around, footsteps heard, people touched. This has been going on for 4 years. Address to be at: Sacramento, CA. Case #: Y91X62399U791

September 21, 2019 / Time to be there: 3pm. Contact Person: Arietta. Address: Penryn, CA – Occupants have lived in this home for 43 years. On one particular day, Arietta’s husband saw a piece of cloth protruding from the ground, he yanked on the cloth and attached to the cloth was a human bone, they also found women shoes. They believe the bone and shoes belonged to a Japanese woman that was working the Griffith Rock Quarry nearby. They did not dispose of the bone properly and have paranormal activity in the home. The activity is not bad and basically they just want us to validate the activity. They also have nature spirits outside and want us to investigate that too. Arietta says that the spirits in her home are helpful. Big Al got us this case. Thank you Big Al. Case # 9B16652R6683

October 5, 2019 Saturday. Time to be there: 7pm. Nightsky UFO Hunt. Location: Placerville, CA – Audra Straling says we can camp out in her front yard. Please bring anything you have that will help you observe the night skies. Placerville is part of the UFO Corridor according to Ufologist Bill Birnes. UFOs are seen in this area, because this is part of gold country. If you have lasers bring them! Let’s do this!

More video’s from the investigation