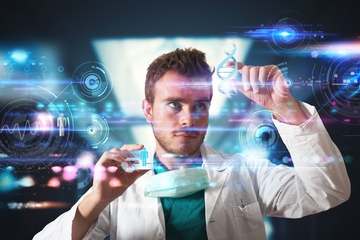 The year is 1939 a war is brewing in Europe as the Nazis perfect their armies and strategy for conquest. In China Japan has invaded the Manchurian Province and have been laying waste to the people there since 1929, yet the  world has resisted a humanitarian and military response. The winds of war are prevailing, but passifists are deflecting reality and liberals are distorting the coming of imminent conflict. The Neville Chamberlain’s of the world are tryng to dissuade free nations from the impending onset of war with facsist regimes who will quickly establish themselves as the Axis Powers.

Jack Northrop has worked feverishly on his own innovation a tailless aircraft that can fly with unmatched aeordynamics against an enemy if need be as a stealthy bomber or attack plane. Although funding for his revolutionary design is limited he continues to build prototypes on a shoe string budget. In wind tunnels and company hangers he will devise a new configuration that will dazzle the world, but it won’t be realized for some time. As the first incarnation of monoplanes are produced as fighter aircraft and light bombers, Northops vision is years ahead of these initial concepts.

The US has only the P-40 Warhawk an obsolete ground attack fighter, the Wildcat carrier fighter plane slower than the Japanese Zero, the Brewster Buffalo a totally inadequate platform, and the P-36 a trainer for young aviators that is passable at best against the ME-109 of German construct or the Mitsubishi fighter that will out maneuver any opponent  who attempts a turning contest with it. Captain Claire Chenault commander of the AVG ( American Volunteer Group) the Flying Tigers will warn the US Navy and the Army Aircorps that dog fighting with the Japanese Zero will lead to many air to air losses if American pilots attempt conventional engagement.  Only high speed hit and run tactics will distinguish the Flying Tigers with a record of kill ratios that have not been surpassed to the present day (398) especially impressive considering the P-40 Warhawk and Tomahawk were outdated designs.

Jack Northrop’s design is a flying wing, no requirement for a conventional fuselage or a tail. The flying wing will showcase incredible maneuverability and a smaller cross section to be detected by radar even in the 1940’s. Without a tail and the elongated hull of a conventional configuration the flying wing is faster, uses less displacement, and can accelerate using less engine weight. The only drawback seems that it is unstable when attempting conventional level flight high altitude bombing. The Defense Department is impressed by Northrop’s innovative design and begins funding his corporation for the production of prototypes. Northrop’s team utilizes counter rotating propellers, develops a single pilot model where the aviator lies down and controls the aircraft in a prone position. The sleak design qualifies that prototype as an excellent reconnaissance platform. The full sized flying wing will be intended to replace the B-17 and B-29 high level bombers if certain eccentricities can be tamed.

In Germany the Luftwaffe has not ignored the work of Jack Northrop. The Horton Brothers are fast at work concocting designs of flying wings in various forms for the advanced aerial design corps envisioned by the Fuerher and his planners. The Nazis will utilize every possibility of the flying wing should they be able to introduce it into the war effort. Just as with eliptical flying machines and advanced jet fighters the Germans are well aware of the possibilities of unconventional flight. Northrop may be just a step ahead of the Horton Brother’s brainchilds, but the war is placing an undue demand upon the efforts of the designers on both sides of the opposition. Practicality may take precedent over deployable platforms until a niche can be established. Just as the Komet rocket plane and the Me-262 introduce advanced propulsion they also have weakenesses and can be defeated by conventional fighter formations.

Even though Jack Northrop’s flying wing never sees battle it still remains a compelling possibility for the Defense Department even after the end of World War II as a cold war emerges between Communist Russia and the US. The Horton Brothers efforts are ended by the capture of German technology by Allied forces at Peenumunde. Examination of the Horton Brothers prototypes reveals innvative fabrication and actual flight, but not as advanced as Northrop’s active air platforms that have logged significant hours under flight testing. When jet engines are adapted to the flying wing high hopes are being bestowed upon an unconventional design that has still resisited taming by Northrop’s flight engineer team.

By 1949 and a number of costly variants that have not quite realized the expectations of the US Airforce or Department of Defense, Congress is complaining about the budget as well. Now Jack Northrop faces a final challenge for his flying wing. A final demonstration and a deadline coincides with Pentagon directives. The proof is in the puding and Northrop’s design team is being called upon to produce a final configuration that can be deployed and mass produced. A trial demonstration with Northrop’s top test pilot is scheduled for unveiling before generals and Congressional officials. On the date of the demonstration the flying wing is rolled out in front of the audience and the unconventional airframe taxis out on the runway. The test pilot takes off and begins to put the flying wing through its paces when disaster strikes. In the middle of a loop the flying wing loses control and crashes in a fiery cloud of black smoke and orange flames. The senior test pilot perishes in the crash and the project is in jeopardy.

In days that follow the US military seizes all of the Northrop prototypes on their premises and begins destroying them! The Pentagon had decided to kill the entire project. Congressional budget hounds have demanded the end to the funding. Jack Northrop’s futuristic vision of aerial technology has been reduced to the scrap heaps of history. Amidst rumors of a deliberate sabotage by the enemies of Northrop who want to perpetuate conventional fusolages and the first generation of conventional jet fighters such as the P-80 and F-86. Northrop’s dream is being relegated to the fogotten realm of failures.

After decades of rejection and introspection an aging Jack Northop is now wheel chair ridden, but has never been forgotten by the Northrop Corporation that had since reorganized and merged with other entities. In 1985 Jack Northrop is invited to attend the roll out of a revolutionary product based upon the original design that was pioneered during the 1940’s and yet met with an untimely death. Seated in a wheel chair in a stadium the elder genius is presented with a prize! A revolutionized and updated version of the flying wing is unveiled. It is the B-2 Stealth Bomber, the most technically advanced aircraft in the world virtually undetectable on radar. The F-117 has already been successfully deployed against Dictator Manuel Noriega in Panama with successul results. Both the Stealth Fighter and the B-2 will end up distinguishing themselves in future conflicts without a loss to anti-aircraft or enemy fighter planes. Jack Northrop is vindicated as the innovator he orinignally was in an era that could not realize his vision.