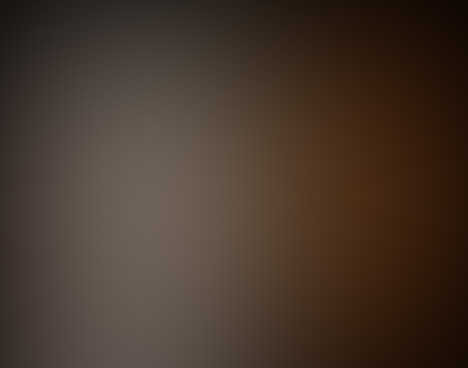 Hay, unfortunately, took issue with Lane’s connecting Fidel Castro’s former girlfriend Marita Lorenz’s story to the Kennedy assassination. Lorenz claimed that in November, 1963 she traveled to Dallas in a two-car caravan that included Frank Sturgis, Gerry Patrick Hemming and two brothers named Novo and Pedro Diaz Lanz. Unbeknownst to Lorenz at the time,  Sturgis told her later that she would have unwittingly been a part of the assassination. Lorenz, however, before details became obvious, developed suspicions of the meanderings, and flew back to Miami.

If you missed Part II of this article click here:  https://www.ufodigest.com/article/alien-visitors-0319

“It’s a fancy little story, but Lorenz has serious credibility issues and it is not to his credit that Lane chose not to divulge them here, or in his book written largely about the trial, Plausible Denial,” said Hay. “Respected HSCA investigator Edwin Lopez told author Gerald Posner that ‘Mark Lane was taken in by Marita Lorenz. Oh God, we spent a lot of time on Marita…It was hard to ignore her because she gave us so much crap, and we tried to verify it, but let me tell you—she is full of shit. Between her and Frank Sturgis, we must have wasted over one hundred hours. They were dead ends…Marita is not credible.’”  (Posner, Case Closed, p.  467.)

Gaeton Fonzi, The Last Investigation, likewise told the Schweiker Subcommittee and the HSCA that Lorenz’s tale was more or less designed to waste investigators’ time. She had two versions of her travels to tell:

In 1977, she related a story “about heading down to the Florida keys in a two-car caravan that included Sturgis, Gerry Patrick Hemming, Alex Rorke, and ‘Rafael Del Pino or Orlando Bosch’ to launch a gun-running mission to Cuba.”  In this version, the whole crew headed back to Miami.

The second version, she was telling the HSCA, included the same two cars, but this time the cars were heading to Dallas, and “she had bumped Del Pino and Bosch in favor of Novo and Pedro Diaz Lanz.” She added Lee Harvey Oswald into the mix (even though Oswald’s time was fully accounted for).

Lorenz further claimed knowing Oswald in Miami in 1960 and again in the Everglades in early 1961 when they were training for the Bay of Pigs: The Bay of Pigs happened in April, 1961 when Oswald was in the Soviet Union.  She sold this same misinformation to Lane at the Liberty Lobby trial. Hay pointed out: “…as Lane must, that these details discredit her story, he hides them from his readers by carefully excising all references to Oswald when he quotes from her testimony. As I noted above, this is not to his credit.”

“There is no doubt that the man on the grassy knoll seconds after the shooting was brandishing fake Secret Service credentials,” said Hay. “The question is who in 1963 had the know-how to create them? The answer, as Douglass reveals, is the CIA.”

James W. Douglass quoted from a document written by Stanley Gottlieb, chief of the CIA’s Technical Services Division, that was finally declassified in 2007 in response to a 15-year-old Freedom of Information Act lawsuit:  “…over the years the TSD ‘furnished this [Secret] Service’ with ‘gate passes, security passes, passes for presidential campaign, emblems for presidential vehicles; a secure ID photo system.’” (JFK and the Unspeakable, p. 266.)  Hay commented that this demonstrated that the CIA and their “Cuban exile guerrillas” could easily participate and manipulate the assassination. “This is as good as Lane gets,” said Hay, “when it comes to filling in the details and connecting the CIA to the assassination.”

Some additional possibilities and coincidences that is by-passed by Lane; as related by researcher Author Gus Russo:

#  Secret Service agent Mike Howard mentioned that the grassy knoll is a likely place that law enforcement security would be placed. (Agent) Forrest Sorrels had told him: “We deputized everybody we could get our hands on — including agents from ATF [the Bureau of Alcohol, Tobacco and Firearms], customs, border patrol, reserve police, deputy sheriffs, etc. The motorcade route in Dallas was crawling with these people, especially in Deale Plaza and the overpass.”

#  Robert Gemberling, the FBI agent in Dallas who investigated Oswald after his arrest, said that he remembered being told that two Customs Agents, who worked at the Post Office building across from Dealey Plaza, were, in fact, spending their lunch break and also helping with security in the knoll area.

#  FBI agent James Hosty wrote: “I later learned that Agent [James] Powell . . . had been in downtown Dallas when the assassination occurred, doing some routine background checks at the Sheriff’s Department across the street from the assassination site. When the call came over that shots may have come from the book depository building, Powell and about twenty sheriff’s deputies dashed over to the building and volunteered their services in searching. Because Powell wasn’t in a police uniform, he at first made people suspicious and was briefly detained by the police while they confirmed his identity.”

#  Moreover, Colonel Robert E. Jones, Operations Officer of the 112th Military Intelligence unit in November 1963, told the House Select Committee investigating the assassination in the late 1970’s that the 112th had  “a small force, perhaps between eight and twelve men,” assisting the Secret Service in Dallas that day.  It is possible that, depending on the situation and if necessary, such individuals would have identified themselves as Secret Service officers.

All of these possibilities are cotangent, but none would totally exclude CIA connections.

Hay definitely said that Lane was weak in not including some pertinent mentions and areas in his book:

Oswald’s associations with Guy Banister, David Ferrie and Clay Shaw.  (“Three men who were up to their eyeballs in CIA connections, or Oswald’s campaign to discredit the FPCC, or his trips to Clinton and Jackson—all of which put Oswald at the very center of intelligence intrigue.”)

Although Lane mentions Oswald’s stay in Russia, Lane does not mention the comparative ease with which Oswald returned home with a Russian wife.

Lane only makes passing references to Ruth Paine and the possibility of her being a CIA asset. “…the Secret Service (advised Marina) to sever contact with Ruth because she was ‘sympathetic to the CIA,” says Hay, noting James Douglass on page 173 of his book.

WHY THE LAST WORD?

Lane bows to those who had been time and effort in exposing the evils behind the plot to kill Kennedy, but says there are many other areas of human rights that need support and examination; he plans to devote his time on those areas, hence the title LAST WORD. “Now I hope to spend my days writing about matters of concern to me that I have neglected,” says Lane, “the struggle of Native Americans, cases about innocent people who have been falsely imprisoned and the historic effort of American GIs to bring an end to our never ending wars.”

Lane notes in ending: “I really do not think that more research is required. We have the unsanctioned indictment of the CIA. We lack only the will and the courage to bring about needed change.”

Researcher George W. Bailey summed up the future course of action rather cogently in his review of Tuesday, December 30, 2011: 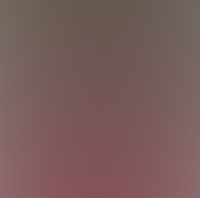 “Towards the end of his book, Mark Lane builds a case for CIA wrongdoing.  There are assassinations, overthrown governments, media manipulation, CIA run military operations (which still go on today) and wacky mind control experiments.  No doubt a nefarious and Machiavellian organization. However, I don’t see where Lane really pins down the CIA for John Kennedy’s death. Yes, plenty of sins here to be sure.  But there is still much that is not known, records still classified for reasons of ‘National Security’ for a full case to be presented. Ultimately, big themes such as this must go conjectural in many respects.

“Never the less, Mark Lane’s, Last Word, is a lively and fast paced read with plenty of points to show that the Warren Report doesn’t pass the smell test and more needs to be done. His response to Anthony Lewis and Vincent Bugliosi’s ad hominem attacks makes for a satisfying rebuttal to bullies. Lane displays no bitterness, just an even keeled need to set the record straight.”