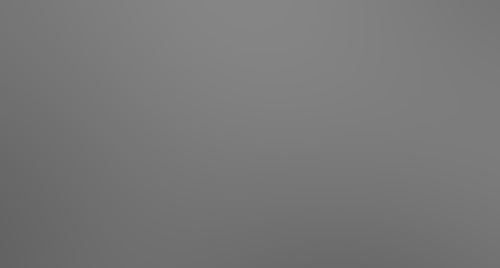 If you missed Part I of this article click here: http://www.ufodigest.com/wp:8080/article/malaysian-flight-0515

In addressing the possibility that Flight 370 vanished in the presence of a UAP (Unknown Aerial Phenomenon) we must weigh the plausibility of such a scenario by past reports of amazing and terrorizing encounters that have transpired though out the past. Does the key to the fate of Flight 370 share the similarities with the following UFO encounters? We shall explore the incidents of the past and see if such events mirror what happened to the ill-fated Boeing 777 and its 227 passengers who should have arrived in Beijing once departed from Kuala Lumpur.

1953 over Lake Superior an F-89 all-weather Scorpion interceptor jet streaks across stormy skies vectored to the radar target of a UFO. Lieutenant Felix Moncla and his backseat radar officer are enroute to identify the “Bogey” on course with their bizarre appointment with fate. When US Air Force radar technicians watch as the two blips merge on their screens all contact is lost with the F-89 and its two man crew. Neither the aircraft nor pilots are ever seen or recovered again after an intensive search.

Donald Keyhoe makes an attempt to uncover more of the truth as the US Air Force blamed a Royal Canadian Air Force cargo plane for the incident which officials denied. To the appreciation of Moncla’s and 2nd Lieutenant Robert Wilson’s families were grateful to Keyhoe for using his sources to uncover key clues and suppressed information about the incident.

October 18, 1973 US Army Captain Lawrence Coyne and his helicopter crew and over Mansfield, Ohio at about 10:30 pm when the 4 man crew encounter a startling spectacle! Sgt. Healey spots a red aerial light to the west of their position as the Army Reserve unit conducts routine maneuvers. A few moments later the red light is observed again on the horizon and begins to move toward the UH-1H hovering at 2,500 ft. and travelling at 90 knots. Within minutes the steady approach of the strange light seems on a collision course with the stunned crew. Captain Coyne takes control of the helicopter and forces his craft into a powered dive leveling off at 600 ft. yet the mysterious airborne light continues to converge.

Amazingly, the unknown aerial object comes to a halt very close to the helicopter filling the windscreen with its presence. A green piercing light splashes the UH-1H copter and its crew and is even observed from the ground by witnesses. Now even under the Captain’s control his UH-1H begins climbing in altitude while the Captain maintains a downward thrust, but to no avail. The strange red light connected to a large structure that also had a white light on its other end seemed to be in a tug of war with the copter crew. Captain Coyne noted that with his collective in the downward position his UH-1H was now at 3,000 ft. and climbing at a rate of 1000 feet per minute.

Finally the unknown aerial intruder broke off its encounter with the Helicopter crew and flew off in the direction of Lake Erie leaving a dazed Army crew behind. Why did this UFO come out of nowhere and begin trying to force the UH-1H into a contest of wills where it seemed that the ultimate intention was to pull the Army helicopter in tow to a higher altitude? Would they have been abducted? It seems likely had the quick thinking Captain Coyne not forced his helicopter into a steep descent. For years Captain Lawrence Coyne continued to share his story with audiences across the US. HE and his crew were fortunate to have survived such an encounter and live to tell about it.

October 21, 1978 yet another bizarre air to air encounter with the unknown emerges. Frederick Valentich departs over Bass Strait on a 125 mile training mission. The 20 year old pilot flying in his Cessna 182L is a member of the Air Training Corps and is looking forward to an aviation career in the Royal Australian Air Force, but on this night he will never be seen again. Trouble begins early in the flight as at 7:06 Frederick contacted Melbourne Flight Service and advised an air traffic controller that he had observed an unidentified craft flying circles around his Cessna at high speed and that his engine was rough idling. Anxiety was noted by the radar technician in the voice of the pilot. Whatever he was seeing was definitely unnerving the young Valentich.

Frederick Valentich continues his conversation with the air traffic controller describing the unknown airborne object as being dark in color and elliptical in shape. Just moments before his last transmission a strange metallic sound is heard over the radio originating from the Cessna !82L before all contact is lost. The young aspiring pilot never makes it to his destination Otway Island, and 12 day search and rescue operation is conducted before it is pronounced that in all likelihood, Frederick Valentich is dead.

One couple who was camping in the proposed area of Valentich’s flight plan reported that they observed light plane diving toward the water with a lighted object aerial object flying behind it. The incident was greeted with some skepticism as young Frederick was seen as a UFO enthusiast, but after this strange night neither he nor his Cessna 182L were ever seen again. His father even admitted publicly that he hoped that his son had been abducted by the UFO rather than having died in a crash. The photo image of a fast moving unidentified airborne object was also taken in the proposed area of young Valentich’s flight path. To this day no answers have been found.

November of 1986 a giant UFO off the coast of Alaska stuns the aircrew of JAL Flight 1628 from Japan. The cargo delivery of French wine destined for Iceland was paced by a huge unidentified flying object over Alaska for 31 minutes until the aircraft landed. This incident was confirmed as the UFO was tracked by ground and air based radar. Seasoned veteran Captain, Kenju Terauchi, described his experience as unbelievable as his 747 cargo jet was followed for 400 miles to its destination in Anchorage over the Artic by 3 UFO’s. According to Captain Terauchi, 2 small lighted objects along with a gigantic UFO that he estimated to be twice the size of an aircraft carrier followed his aircraft all the way to his landing approach.

Why many pilots refuse to report

Although Captain Terauchi was presumably grounded by his employer for making such an indiscreet report public. Former FAA Division Chief, John Callahan revealed extensive testimony over the incident and how several intelligence personnel met with him and other airport officials warning them not to make any public statements or to talk about the incident after the initial sighting occurred. It seems that a joint effort at suppressing news of the incident was being made by FAA and military officials within a short time of the first report. Captain Terauchi would not be reinstated to his original position for years to come in the aftermath of this aviation mystery.

Let us take into consideration how these above mentioned events shrouded in mystery could possibly illustrate just how easily Malaysian Flight 370 could have succumbed to the unknown aerial technology of another civilization operation stealthily in our upper atmosphere leaving no trace of the aircraft or its crew. Let us simply speculate for a moment that such a possibility might indeed be plausible when one reviews the historic record of these perplexing aerial encounters that boggle the mind and leave many of the witnesses directly involved gone forever off the face of the earth or bewildered by what they just saw and lived to tell about. Will MHS 370 ever emerge from oblivion to tell us its story? Will it take decades to discover in the remote vastness of the deep ocean, or will the Boeing 777 simply remain cloaked in the fog of uncertainty never to be found again? Only time will tell.

From the twisted dimension of time and space where few answers surface and many more remain hidden, I bid you a good day. Until next time.