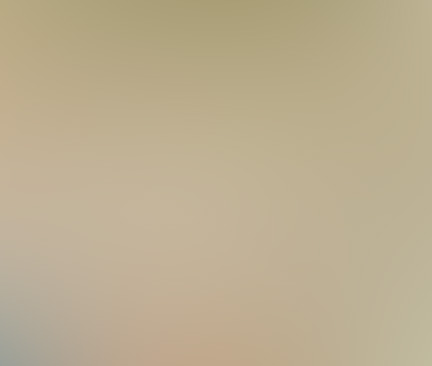 Hidden in many sites across the barren wastelands of the New Mexico high desert is a sadly discarded history that could give us great insight into validating the many suspected crashes of UFO’s over the decades. Is it possible that the key to the mysterious reports of flying saucers found either relatively intact or displaying huge debris fields all lead to a single key denominator that could unlock all doubts in their existence?

A mysterious development in man’s quest for new technology

In the years after World War II, the US armed services were engaged in the unannounced feverish pursuit of new aerial technology in several forms. The development of new jet fighters, missiles, rocket engines, nuclear weapons, and powerful new radars were being obsessively researched as the arms race and the cold war era emerged. However, there was another development unbeknownst to the general public as well, just as real, and just as crucial to the national security of the US, and that was the introduction of the UFO.

As missile observation crews at White Sands sighted high altitude incoming unidentified high speed objects, suddenly the US military was faced with a new dimension of air defense never seriously considered before. Now the questions began to be determined by US intelligence services, were these the manifestations of foreign technology developed by the Russians? Was this the repercussion of foreign powers capitalizing on advanced German rocketry experiments during World War II? Yet, the most ominous question still remained. Had some civilization from another world decided to probe our defenses, our response time, and our aerial defense capabilities?

US military on alert for unknowns in 1947

Just weeks prior to the UFO Crash 75 miles north of Roswell sometime in the first week of July 1947, Army Air Force reports of unknown crafts had been gathered from bases all over the southwest United States. Radar bases particularly located in New Mexico were ordered on full alert. Radar operators were instructed not to leave their posts as high command breathlessly awaited the next UFO to intrude upon forbidden US air space. Tensions were high as decades later, former Air Force officers testified while many were on their death beds, saying that they were ordered to maintain keen vigilance around the time of the famous Roswell Crash.

At that time new generations of powerful targeting and early warning radar stations were constructed all over the high deserts of New Mexico. Their job was to pinpoint test rocket re-entries, scan the skies for foreign threats to the nation as early warning posts, and to assist in targeting data used for missile testing. These secret radar stations scattered across the southwestern regions of the US, were the first advanced aerial defense network that predated the modern NORAD satellite global defense network.

It is been difficult for many researchers to locate these abandoned sites as FOIA requests have not always been specific enough or records by the government have been intentionally vague enough as to discourage repeated and legal demands for information leading to the location of these deactivated sites. Physicist Stanton Friedman commented that many of the initial radar sites constructed and funded by the federal government were originally built by the Atomic Energy Commission (AEC), but were later turned over to the US Air Force, making hard to track land ownership and funding projects responsible for the construction of these mysterious sites.

Reports have come in from those ufologists and historians interested in solving this mystery from sites that they have uncovered and made the difficult trek out to these remote and hidden government installations that once housed our defensive radar installations. In some cases the buildings have been broken into, vandalized, covered with graffiti, and even frequented by biker gangs and shiftless teenagers. Sadly, these facilities, long ago stripped of their original equipment stand as a mute testimony to the evolution of secret military history now collecting dust and abuse.

However, in other remote abandoned sites important clues have been uncovered that might unlock the reason behind the inexplicable crashes of flying disks that have been alleged from Kingman, Arizona to Laredo, Texas and beyond over decades beginning in the 1940’s. It has been established from onsite inspections of the more intact abandoned sites that instructions were still left stenciled on walls and operation manuals were located that were still legible. In these official publications there were specific warnings about the dangerous levels of radiation present, what procedures to use in preventing accidents, and how to carefully track friendly aircraft without causing navigational or communication problems. What does this tell us?

The powerful microwave beams emitted by these radar stations designed to pinpoint potential targets or invaders had to be able to reach across many miles to be effective. Radar still relatively in its infancy was not yet perfected and presented a danger not only to the operators themselves, but even to aviators. Thus, a very powerful tracking tool that projected microwaves many miles away could be capable of disrupting navigational or guidance systems. Perhaps this is what happened to unwittingly cause many of the first UFO crashes to begin their ominous presence across the parched desert lands of Arizona, New Mexico, Nevada, Colorado, Texas, and even our neighboring Mexico.

The testimony of many former Air Force personnel at missile bases, air bases, and interceptor pilots tells us of a real phenomenon, not fictitious, or imaginary, that made a dramatic entrance into the affairs of man during the twentieth century in the midst of World War II as “Foo Fighters” and after that global conflict as strange and rumored “Flying Disks”. Not long afterward came in rapid succession, the crash at Roswell followed by eye witness accounts of crashes in Aztec, New Mexico, the Plains of San Agustin, Kingman, Arizona, and Laredo, Texas.

In the midst of this chaos of sightings, crashes, recoveries, silencing of witnesses by the military, and the disinformation campaign used by authorities to quell mass hysteria, at the center of this chaos remains a significant and forgotten element.

Linking UFO crashes to the once operational sites

The abandoned radar stations whose role may very well have been unwittingly pivotal in the unintentional crashes of these mysterious UFO’s, now remain as mute reminders of our past. Inadvertent as the role they played was, many researchers are now convinced that these radar stations played a significant role in bringing down several flying saucers by disrupting their navigational systems. Perhaps powerful micro wave beams of radiation played havoc with their instruments. Perhaps these first innocent attempts by man to track whoever it was that was violating his air space led to future hostilities as these crashes were considered by their civilizations to be acts of aggression as opposed to the accidents they really were. Perhaps this explains the disappearances and crashes of our very own pilots engaged in the pursuit of the UFO.

Could these abandoned sites shed new light on the mystery?

One must wonder if the numerous alleged UFO crashes were proven to be in close proximity to these abandoned radar sites, what a new element of verification would be added to the efforts of UFO researchers in collecting corroborating evidence? I am sure that this seemingly collateral information would take on new importance and become a valuable tool in not only corroborating UFO crash sites, but also telling us something about their technology and vulnerability to certain types of manmade instrumentality.

A few of the known sites uncovered in New Mexico that are linked to not only having the new generation of powerful targeting radar at their facility, but also being linked to nearby crash sites under operation by 1947 were El Vado (AFS-P8) in Rio Arriba, County north of Los Alamos, Moriarty (AFS-P7), and Continental Divide (AFS-P51). These secret high intensity micro wave radar facilities formed a triangular configuration that was intended for defending Kirtland AFB, Sandia Laboratories, and Los Alamos Laboratories.