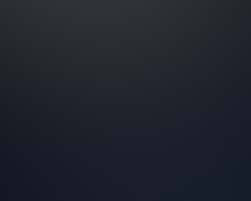 It’s above top secret, need-to-know and classified for compartmented security clearance only.

No, it’s not the real-life fields of leading-edge research into UFOs and extraterrestrial visitation, quantum physics discoveries, human consciousness or possible paradigm shifts for humanity – we’re talking about the new NBC TV series “The Event.”

When “The Event” began on Monday, Sept. 20, viewers were in for a wild ride of conspiracy and very strange happenings.

Although the cast and crew are maintaining tight security on the show’s secrets, some rumors indicate that it might portray the issue of U.S. government officials dealing with the visitation to Earth of human-looking extraterrestrials and/or beings from another dimension.

Are they human or related to Earth humans? We don’t know – yet.

And, we don’t know how close this TV series reflects real developments, as far-fetched as that may seem.

Are there strange space-time anomalies involved or other aspects of forward-leaning “edge science” and “weird physics?”

Creator Nick Wauters probably knows. He developed the story and wrote the original script in 2006. Working with Steve Stark, executive producer, they kept the concept alive and eventually successfully pitched the series project to NBC. Director Jeff Reiner (also an executive producer) and showrunner Evan Katz will help bring the story to life.

Cast members of “The Event”

Whoever the mysterious beings are, more than 90 of them have been held at a secret U.S. facility in Alaska called Mount Inostranka and the U.S. president learns about it.

Blair Underwood plays President Elias Martinez, who has a Cuban-American ethnic background. The president apparently wants to go public with this information after visiting the Alaska facility.

However, elements of the defense and intelligence community don’t agree.

How will Americans and people internationally react and adjust to this news? How will this affect the human race and life on Earth?

But that development in itself might not be the complete “event.” These visitors, or whoever they are, may know something else that is in store for the human race.

As President Martinez and the group’s leader (Laura Innes as Sophie Maguire) prepare to begin a press conference to announce this news, an assassination is attempted using a hijacked airliner.

Is the high-level CIA officer Blake Sterling (played by Zeljko Ivanek) involved in this? CIA operative Simon Lee (Ian Anthony Dale) is also assigned to deal with the group at the Mount Inostranka base. Where does he stand?

Hal Holbrook will make regular appearances as an enigmatic businessman somehow involved in the situation.

Meanwhile, “everyman” character Sean Walker (Jason Ritter) is drawn into the complex tale by the disappearance of his fiancé.

The story will unfold at a quick pace, the show’s creative team tells us, and the audience will be kept up to speed on the disclosure of underlying secrets.

Viewing audiences as well as researchers who have looked at UFOs and a number of fascinating “outside-the-box” scientific subjects might find the lines between fact and fiction are blurred in “The Event.”

The recently-published book by respected journalist Leslie Kean, “UFOs: Generals, Pilots and Government Officials Go on the Record,” is certainly providing credible information about what seems to be an unusual situation.

Another book scheduled for publication in October is “A.D. After Disclosure: The People’s Guide to Life After Contact” by Richard Dolan and Bryce Zabel. Dolan is considered to be a very credible researcher and Zabel has a significant track record as a journalist and Hollywood writer-producer.

Whether we look at factual reports on these kinds of developments or enjoy fictional portrayals of similar scenarios, it seems clear to many investigators and many people in the general public that something interesting and important may be going on.

It may not be so simple as one type of intelligent beings from another planet visiting Earth.

It could be far more complex involving multiple types of beings and influences operating in surprising ways and with complex agendas. We could be facing significant new understanding about the Universe or multi-verse and a different view of the human race and the challenges facing us.

“The Event” looks like it will provide valuable perspectives and insight into these kinds of topics.

And, like the new NBC series, real kinds of similar elements and phenomena may also be unfolding. We may be seeing an emerging process as well as some kind of events or events that we should probably be ready for.