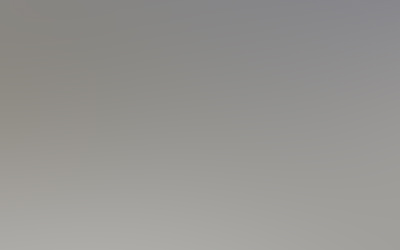 QUESTION: HOW MANY BOOKS/SCROLLS WERE IN THE LIBRARY?
ANSWER: King Ptolemy II Philadelphus is said to have placed 500,000 scrolls at the library. Mark Antony gave Cleopatra 200,000 scrolls for the library as a wedding gift. At its peak, the library was said to possess nearly half a million scrolls, and, although historians debate the precise number, the highest estimates claim 400,000 scrolls, while other historians claim as low as 40,000. If 40,000 is the true account, that is still a high amount of written works that would require vast storage space.

QUESTION: WHY DO YOU SAY THE LIBRARY OF ALEXANDRIA STILL EXISTS?
ANSWER: Because energy is forever. You cannot destroy energy, so therefore the Royal Library of Alexandria still exists. On this plane of existence we do not have access to the written scrolls of the library. Here are 4 guaranteed ways that the library now exists and one possible way (See below). Always remember….the law of conservation of energy, also known as the first law of thermodynamics, states that the energy of a closed system must remain constant—it can neither increase nor decrease without interference from outside. The universe itself is a closed system, so the total amount of energy in existence has always been the same. The forms that energy takes, however, are constantly changing.

1. In Light Form: Light is the purest energy there is and light is all around us. To write on these papyrus scrolls, the author needed light. The light reflected from these scrolls bounced from the scrolls into the atmosphere and eventually started traveling in space. The light that surrounds our Earth is reflected back into space, it’s as if the Earth is constantly making a non-stop motion picture that is being beamed into space. Let’s say that there are aliens looking at Earth with a high powered – high resolution telescope from the edge of our galaxy, they are seeing the light reflected off of the Earth from our past. As they enhance and enlarge the image of Earth, they are not seeing the light from our present time, but are seeing the light from our past. They may be watching Julius Caesar addressing the citizens of Rome in a coliseum. The light reflected off the scrolls lives on forever and is traveling in outer space. We may not have access to that past light, but it still exists.

2. Via Time Travel: In the story Alice in Wonderland our heroine falls into the “looking-glass” and is whisked away to a strange land. In some ways, this is a prime depiction of what time travel may look like. The idea of building a time machine, like those often depicted in science fiction films and TV (example Time Tunnel – Quantum Leap – Voyager), is likely the stuff of dreams. But one could possibly harness the power of a black hole to venture through time and space. According to general relativity, a rotating black hole could create a wormhole, a theoretical link between two points of space-time, or perhaps even two points in different universes. Visiting the past seems to exist, take the Versailles Time Slip story. The Versailles Time Slip Story is also known as the Moberly–Jourdain incident. This was an event that occurred on 10 August 1901 in the gardens of the Petit Trianon, involving two female academics named Charlotte Anne Moberly, (1846–1937) and Eleanor Jourdain (1863–1924). They basically walked into a green mist (that seems to materialize at many paranormal events from the Philadelphia Experiment – USS Eldridge to a Bermuda Triangle incident in which the green mist is referred to as ‘electronic fog’ and in both incidents time travel is involved) and found themselves in Renaissance France and confronting Marie Antoinette. You may ask how would time traveling into the past be possible, what if you kill your parents, then you wouldn’t exist. If you travel into the past, you would be like ghosts in the past, you would not be able to interact with anybody in the past, so therefore you would not disrupt the present and future events. Charlotte Moberly and Eleanor Jourdain were like ghosts, when they walked into the time slip into our past. If time travel is actually possible, then the Royal Library of Alexandria exists in all of its glory.

3. Brain Waves: Brain waves are energy. What we see, what we read, what we read, what we dream exists FOREVER via energy known as brain waves. When the author was writing on the papyrus, the author was looking at what he or she was writing. What the author’s eyes saw when writing or when the reader saw when reading is immortalized through brain waves. There is communication between neurons within our brains. Brainwaves are produced by synchronised electrical pulses from masses of neurons communicating with each other.


Brainwaves are detected using sensors placed on the scalp. They are divided into bandwidths to describe their functions (below), but are best thought of as a continuous spectrum of consciousness. Delta being slow, loud and functional – to Gamma being fast, subtle, and complex. It is a handy analogy to think of brainwaves as musical notes – the low frequency waves like a deeply penetrating drum beat, while the higher frequency brainwaves are like a subtle high pitched flute. Our brainwaves change according to what we’re doing and feeling. When slower brainwaves are dominant we can feel tired, slow, sluggish, or dreamy. The higher frequencies are dominant when we feel wired, or hyper-alert. When you are reading a good novel, you are probably using higher frequencies and of course if you are reading a book on Calculus, you are probably using low frequency brain waves, but no matter what waves you are using, you are immortalizing the words on that book, because the words are being changed over to energy – brain waves.

4. Quantum Level Energy: Albert Einstein says that E = Mc2 – matter can be converted into energy and energy can be converted into matter. On the quantum level, our matter bodies are pure energy, broken up into atoms and atoms are made up of protons, neutrons and electrons, all energy. So that means the papyrus in which stories are written are made up of pure energy on the quantum level. If the scrolls were destroyed by fire, they still exist in an altered state of energy. Yes, the scrolls still exist!

5. Extraterrestrial Scans: If extraterrestrials are surveying the Earth since the dawn of time, I would imagine they would be very interested in our history. Why would God be so interested in the genealogies of Genesis, the descendants of Adam and Eve? The answer is because God is concerned about our history. UFOs are sighted at almost every major historical event to the campaign of Charlemagne to the discovery of America by Christopher Columbus. So if extraterrestrials are that interested in our history, I would imagine that the Watchers are scanning all of our major libraries and collecting the data from those libraries. People have reported seeing UFOs over major libraries and sending down a beam of light (scan). I feel it’s very possible that aliens have collected all of the history at the Library of Alexandria.