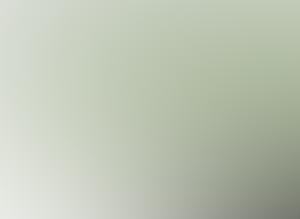 Petitions to the White House asking for the release of more information about unidentified flying objects (UFOs) have stirred up controversy, curiosity and hope for improved public understanding about the UFO phenomena.

Some observers seem to think the petitions are dumb, especially if they associate UFOs with some kinds of intelligent beings from elsewhere.

Another concern is that asking for the truth from politicians is often not successful, no matter what the topic may be.

Additionally, the high classification and secrecy about the subject could be related to legitimate national security and public safety issues. In that case, the situation could be quite sensitive and complex.

Yet, there may be a view that dumbed-down tactics and strategies are needed to make progress on learning more about what is going on behind the scenes with UFOs.

Previously, if 5,000 signatures were gathered in a certain length of time, the White House would give a formal, official response. Now, 25,000 signatures are required within a narrow time frame.

People and groups curious about UFOs launched such petitions to try to get a response from government officials, or at least get the topic on the radar of the pubic, the news media, elected officials, the defense and intelligence communities, and the scientific community.

The Paradigm Research Group created one petition, gathered the 5,000 signatures and received a response from the White House that seemed inadequate and inaccurate. Now, the same group, headed by Stephen Bassett, is following up with a second petition approaching the subject from a different angle.

A third petition trying to get an intelligent response from the White House was launched by historian and researcher Richard Dolan and TV/movie writer and producer Bryce Zabel. They are also taking a certain approach in how they worded their petition. For more information, go to Dolan and Zabel’s website AfterDisclosure.com.

Dolan and Zabel recently co-authored the book “A.D. After Disclosure” on UFO-related topics. Zabel has been involved in other media projects related to this subject.

One main motivation for these petitions and other efforts seems to be the concern that more understanding about UFOs should be available to, and acquired by the public. Greater understanding would include insight about what various UFOs might be and what impact they have on us.

Unusual objects have been seen and reported over the last few decades, as well as in centuries past. Some objects seem to be hard-shelled craft of some kind. They are sometimes disc-shaped, V-shaped, triangle-shaped or cigar-shaped. The can hover silently, cruise slowly or zip away in the blink of an eye. They have been seen at high and low altitudes as well as on the ground.

Other odd things in the sky appear more like lights or energy of some kind, not necessarily a hard-shelled craft.

Military personnel and pilots, peace officers and thousands of reliable witnesses have seen these kinds of phenomena. High-ranking U.S. and international military and defense officials have, over the decades, stated that these objects are real.

There have been indications that international governments and militaries have long investigated these objects which intrude on nations’ airspace and sometimes seem to pose a risk to air-traffic safety, among other concerns.

Based on documents and other information-gathering, many qualified researchers have concluded that much has been learned about UFOs and the subject is generally handled as a top-secret situation. Research, counterintelligence measures, scientific projects and other activities since the World War II era may have discovered significant amounts of information and insight about UFOs, some researchers indicate.

As a result, many people, including those authoring the White House petitions on the subject, would like to get more information.

Challenges facing the petition coordinators include those related to the White House petition process.

The White House website has reportedly experienced glitches or difficulties for petition-signers. Getting 25,000 signatures in a short time frame may prove tough to accomplish.

Other difficulties include the complicated and mysterious nature of the UFO phenomena itself and the security surrounding related defense and intelligence activities on UFOs.

Ridicule of people interested in the subject, or even those who have witnessed such objects, has long discouraged the conversation. And ridicule is still a factor in play by some news commentators, a few scientific writers and even UFO researchers themselves.

And yet another element to consider is that the UFO topic may not simply about one type of visitors from another planet. It could be much more complex and involve many factors that could be truly mind-boggling.

Because of this, it has been theorized that information available to the public about the situation is probably best handled in coordinated, careful and safe ways.

In addition, it may be better if people become informed on this topic by learning about it themselves. This “grassroots-up” awareness may be better than “top-down” information from U.S. government officials.

Will the petitions make progress in raising awareness about the UFO phenomena? Undoubtedly they will to one degree or another. Will the 25,000 signatures be attained? It’s possible but could be a challenge. Will the White House team come up with a better reply than their response to the first petition? We can always hope so.

It may be interesting to see how it all plays out.

But one thing seems probable, the American people and many people internationally may not want dumbed-down approaches or answers about UFOs or the other important more-conventional issues of the day.

And, interestingly, the UFO situation may have direct connections with the many other current developments and challenges the human race faces on Earth today.