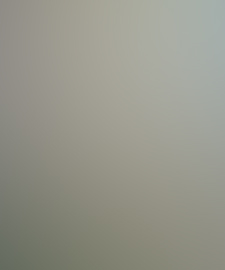 To some people Jesus Christ represents salvation as he is the savior of us all while others choose to deny the importance of his presence on this earth, and there are those who deny he ever existed, that he is but a myth. In a world full of liberal disinformation we are seeing a growing animosity toward Christianity even though there is growing archeological evidence that continues to confirm Biblical events.

The strange and miraculous events that swirled around the resurrection of Jesus Christ are indeed a look into a message that beckons us to deny the material world and embrace a spiritual existence that is in conflict with evil and arrogance. In lieu of his terrible crucifixion Jesus was missing from the cave that served as his tomb. Who or what had moved the gigantic stone that had been rolled into the entrance by many Roman soldiers to prevent anyone from entering? Where was the body of the savior, Mary Magdalene wondered? She was a converted prostitute who had become one of the Lord’s followers.

Jewish law required that the body of the dead was to be anointed with oils and spices prior to burial, but the body of Jesus was conspicuously absent. The soldiers who had guarded the entrance of the cave that contained the slain corpse of the messiah who had allowed himself to be executed, had failed in their duty. Some say that the soldiers had fallen asleep that night while the angels moved the stone weighing tons from the opening of the cave. Still others point out that the soldiers fainted and lost consciousness in the presence of the mighty,  luminous, angels ordered by God come to earth and move the stone.

Chaos ruled that fateful day as the disciples were perplexed at the disappearance of their messiah’s body. They feared, they worried at the prospect of a world where their beloved Jesus had been executed due the will of the Pharoses. Yet, during the last supper, Jesus had predicted that all of his disciples would turn away from him and even betray him in the hours prior to his capture and ultimate brutal execution. When Mary Magdalene summoned Peter to come see that the body of their messiah had vanished impossibly confusion reigned.

Hours later Jesus appeared to Cleopas as he walked along the road with a friend. The messiah later passed through a solid door without opening it and appeared to Thomas, who refused to acknowledge the resurrection of his Lord. Jesus told Thomas to reach into his wounds so that his troubled follower would see that indeed this was the resurrected body of his savior. Thomas asked for forgiveness for doubting his master in his witnessing of the miracle of Christ’s triumph over death.

As fear and uncertainty overpowered the senses of his disciples, that only a ghost of Jesus had somehow haunted those who knew him that the cause of Christianity was now in doubt, Christ would indeed capture the moment. Jesus would rally his flock of stunned disciples, who had been rocked by the death of their beloved master. Overcoming the incredible adversity of an evil existence that thrived on slavery, brutality, and tyranny, Jesus Christ overcame death to deliver a message that transcended the futility of the material world.

To show his followers that he was indeed the messiah they had known of the flesh, he continued to appear to, visit with, and even dine with all of his followers for the next 40 days to demonstrate to them that he was indeed of the bone and flesh being they had known all along. From predicting to them that they would all betray him in his hour of need leading to his horrid execution to rallying every one of them back to an even stronger faith than they had possessed before his death, Jesus did prevail. He used methods that we would consider to be aspects of the paranormal today in scientific terms. In predicting his own death, Jesus exhibited psychic powers of clairvoyance.

Refusal to use vast resources for self-empowerment

From the appearance of fearsome and glowing entities known as angels dispatched by God to the cave entrance of Christ’s temporary tomb, to the resurrection of the messiah from his brutal death to demonstrating his mastery over the limitations of mortality, Jesus showcased his supernatural powers. Do not misunderstand. With the incredible powers possessed by the savior, he could have named his treasures in the material world. With the miracles he displayed in healing the sick, feeding the hungry masses with nothing, restoring sight to the blind, Jesus refused to capitalize for his own gain, but gave hope and salvation for the wicked, the guilty, and the suffering. His message was of forgiveness to the sinful and charity to the downtrodden.

More than able to negotiate his release from imprisonment, Jesus refused to demonstrate his miraculous powers in front of Roman territorial ruler, Pontius Pilate, proclaiming that his kingdom was not of this world; instead Christ doomed himself to a terrible fate. Instead, Jesus sacrificed himself for a greater purpose, to die on the cross for the sins of mankind so that all people could be forgiven for their wickedness and experience salvation after their physical death.

His message, in acceptance of the Christian God, all will be saved from their own destruction. Jesus demonstrated that there is life after death, the soul survives beyond the devastation of the body, and our spirits live onward. However, we should not exist merely for our own personal gain, but we have a greater spiritual purpose to help the under privileged, to show mercy in our lives even loving our enemies, virtues clearly beyond the sectarian world view. Abilities clearly beyond the heart and mind of the human consciousness can only be attained by embracing the extraordinary teachings of the messiah, Jesus Christ.

A world of hopelessness

In a troubled world on the brink of war and economic catastrophe, anyone looking upon this planet with an objective world view can easily see that mankind is incapable of governing himself because he cannot overcome his sinful nature. There is corruption everywhere. The powers that be are much too greedy and ruthless to ever allow prosperity of the masses as they cling voraciously to materialism. They can never acquire enough. They can never horde enough money and power to be satisfied with the level of their security.

The cartel of families of the Federal Reserve, the collectivists behind the emergence of a global government, the use of surveillance technology to enslave the people, and the economic manipulation of the world economy, all these evil conspiracies only demonstrate the need for a spiritual epiphany that would change not only the cruel heart of these megalomaniacs, but the corrupted nature of every common man and woman in this troubled world desperate for answers.  >

Denial of the obvious

Can you possibly imagine how different this world would be if man listened to the teachings of Christ and ruled the world and his existence with forgiveness and Godly wisdom? There would be no government sanctioned famine, wars, or genocides to control the masses. The shortcomings of the flesh, of the materialistic world view, the need to impose control would be gone under the miraculous change of heart that embracing the teachings of Christ would bring about. Yet, the ego, vanity, and self-love that persist, there can be no world peace, no freedom, no higher consciousness. As we witness the gradual degradation of the world and western society, we witness a world that has forgotten compassion as it depends upon science and social justice to dismiss the miracle of the resurrection and the promise of Jesus.