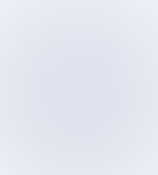 Of the many kinds of so-called anomalous or unusual phenomena, the mysteries of the human mind certainly seem to be among the most interesting.

Although many of these remote viewers reportedly had better-than-average natural ESP abilities to begin with, it is also conjectured that all people have these sixth-sense perceptions too. However, many people probably don’t recognize their internal hunches and feelings. Further, most of us don’t practice using these awareness skills on important defense and intelligence efforts.

A range of ESP-type perceptual abilities has been referred to as anomalous cognition. We might also call these skills “enhanced situation awareness.”

Following on from the leading-edge health care concepts of integrative medicine and complementary medicine, the terms “integrative perception” and “complementary cognition” have also been proposed as a broader view of ESP.

An inspirational and amazing incident involving U.S. Army Gen. David Petraeus, current nominee for CIA director, occurred in June 2008. Something very interesting happened that appears to be related to these concepts, including their application in health care as well as defense and intelligence.

That day in 2008 when Petraeus went to visit Army 1st Lieutenant Brian Brennan in the hospital, there was little hope for the 101st Airborne Division officer. He had lost both legs in an improvised explosive device (IED) attack in Afghanistan. He had suffered extremely serious traumatic brain injury (TBI).

Brennan had been in a coma, unresponsive to medical staff and his family. Petraeus paid his respects and tried saying a few words of support to the comatose 101st lieutenant, also with no response from Brennan. As Petraeus began to leave, a thought struck him.

He thought of the motto, battle cry and touchstone concept of the 101st Airborne: “Currahee.” This is a Cherokee word that means “We stand alone together.”

Petraeus spoke the word aloud to the comatose officer and immediately Brennan began to move his body vigorously. His responsiveness continued to the point where he eventually made an apparent miraculous recovery, according to his family and health care professionals.

When President Barack Obama recently visited the home of the 101st Airborne Division at Fort Campbell, Kentucky, did this mysterious incident cross his mind? After all, Obama has stated that he has some Cherokee background in his family tree, like millions of other Americans.

And, interestingly, Fort Campbell is located on the Kentucky-Tennessee border in the general area of the ancient and traditional Cherokee homeland of the Appalachian Mountain region.

When a Navy SEAL officer coined the term “transcendent warfare” in a graduate-level research paper for the Marine Corps War College several years ago, he was referring to forward-leaning discoveries and concepts, particularly those related to ESP and remote viewing.

However, this officer did not limit the transcendent warfare concept to the activities of Project STAR GATE and related research into human consciousness.

Rather, he noted that advanced research into a range of unconventional scientific developments could be applied to defense, intelligence and other areas of human endeavor to produce positive results.

When the idea of transcendent warfare is applied as a complementary or integrative component of hard power, soft power and smart power, a follow-on modality of “transcendent power” may be quite useful.

Additionally, when transcendent power is applied to a wider range of activities such as health care, communications, education, technology and various kinds of research and development, we may be able to envision further significant emerging progress.

How wide and deep could such progress be? Could new (or rediscovered) aspects of human perception and awareness contribute to significant change on planet Earth? Could human development itself be impacted by this kind of understanding?

In addition to the serious conventional challenges such as war and terrorism, injury and disease, overpopulation and hunger, poverty and injustice, pollution and climate change, we also may be facing some very unconventional developments.

These challenges could also be approached using a more up-to-date view of human consciousness and new theories in quantum physics about the Universe and Nature.

What are the limits of the application of transcendent power when applied by individuals and groups to even more unusual situations and theories?

For example, can we use advanced perception to verify the existence of an afterlife or Heaven where our ancestors and loved ones who have passed on now reside? Will we be able to confirm that angels do exist and conduct covert operations here in our world?

An even more unconventional area of study involves the reports, rumors and indications that Earth could be visited by unusual beings from other planets, dimensions or times. How would expanded or enhanced human awareness dovetail with such developments? Do certain unidentified flying objects (UFOs) have real significance for national and global defense as well as other human activities?

When we do think about possible future events and outcomes, it could be helpful to remember the work of Project STAR GATE, other advanced research, the concept of transcendent warfare and Gen. Petraeus’ sudden impulse in 2008 to say the word “currahee” to seriously-wounded warrior Lt. Brennan.