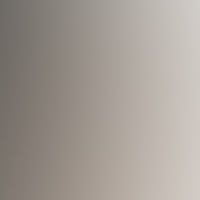 Watching sports of various kinds might show us examples of extrasensory perception (ESP).

It is well known that constant practice in sports, “situational awareness” and natural athletic gifts can all combine to allow an athlete to perform “on instinct.”

Intense focus in the here and now in the middle of multiple rapidly-occurring events in a sport contest can combine to create an environment where athletes can experience “anomalous cognition,” meaning unusual or unconventional perception and awareness.

Many people have read about ESP in fields like intelligence (U.S. Project STAR GATE), police work and martial arts, but the frequency of anomalous cognition in sports may not be as widely recognized.

What do we mean by the word instinct? Some researchers believe that instincts are also related to a “sixth sense” that can transcend our normal view of perception. That is, we can perceive in ways in addition to, complementary to, though slightly different than, our five senses of sight, touch, hearing taste and smell.

Some researchers suspect that ESP and anomalous cognition are not unusual at all. Rather, this is a natural part of human consciousness. It is not paranormal – it is normal. We might even call it “complementary cognition” or “integrative cognition.”

Sports and physical activities can be connected to ESP?

When the book “Golf in the Kingdom” by Michael Murphy was published in 1972, many people interested in sports had not fully considered the impact of unconventional consciousness in athletics. His 1992 book “The Future of the Body” also addresses related subjects.

Murphy was co-founder of the Esalen Institute in Big Sur, California, where many elements of the human potential movement and expanded human consciousness were explored. In his younger days, Murphy had served in the U.S. Army as a psychology specialist.

The interests and perspectives of Murphy and many of his colleagues involved in the human potential movement were recently explored in the movie “The Men Who Stare at Goats.”

A fifth-degree black belt in Akido himself, Leonard also explored these topics in the book “The Way of Aikido: Life Lessons from an American Sensei” (1999). Leonard was a former Army Air Corps attack (fighter-bomber) pilot during WWII, serving in the southwest Pacific theater. He served as an analytical intelligence officer during the Korean War.

Perhaps some of the most useful research on the topic of unconventional awareness and perception comes from the U.S. joint-intelligence effort known as Project STAR GATE, conducted during the 1970s, ’80s and ’90s.

This activity explored the ability of individuals to perceive things, places, information and situations they know nothing about from a remote location. They were able to gather important intelligence using only their consciousness.

In fact, a Navy SEAL officer wrote in a researcher paper for the Marine Corps War College that Project STAR GATE reflected a concept he called “transcendent warfare” – using advanced and emerging understanding in new ways regarding defense and intelligence.

Project STAR GATE activities also noted a key element that dovetails with sports and athletics: It seemed that the ESP impressions came to “remote viewers” through their bodies in a somewhat unconscious or subconscious way.

The people involved in the specific technique and protocol named “remote viewing” in Project STAR GATE found that letting impressions bubble up from their subconscious, and not using the conscious mind to try to interpret the information, led to more successful results.

They typically relaxed their minds and used various techniques to attempt to acquire information, then let their body express these perceptions by making sketches and notes in a spontaneous way.

Here we see the connection with sports and other activities. When the task at hand is partially a physical one, and we are using our body as much as, or more so than our conscious thinking mind, we may be more prone to accessing our sixth sense.

As we watch different kinds of sports, at many levels and in various settings, we might see examples of this if we look closely. And, if we open our minds to these possibilities, we might see expanded perception in our own lives.

These aspects of human development and education are relevant to not only sports and athletics, but a broad range of human activities in many fields.

And what is fun and interesting about the situation is the fact that we can look inside ourselves and explore these fascinating and transcendent elements of human consciousness, tapping into our own sixth sense.