UFODigest.com » Paranormal » From the Journal of Cheetah and Jane: Rotten to the Core 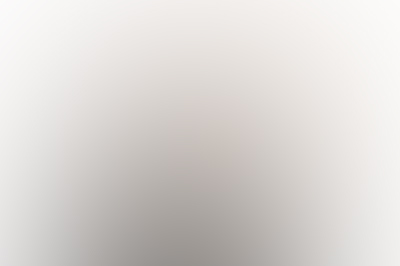 I had a strong intuition about people, things and events.  I mostly kept it to myself, since I was not a very vocal child.  After my near-death experience, I went back in the hospital three more times before the age of six.  I had three surgeries to correct my problem with being “wall-eyed.”  For those of you who do not know what “wall-eyed” means, this condition is the exact opposite of being cross-eyed.

I remember the third operation quite clearly.  Father and Mother had run out of money and so I was known as an “indigent” case.  I was a charity case being sponsored by the Florida Council for the Blind.  Before that, Father had mortgaged our home to pay for the previous two operations and that’s because Mother wanted to pay for the services of the best eye surgeon money could buy.  I cannot remember his name, but I do remember he was the second best eye surgeon in the country and his office was in Tampa, Florida.  It was rumored that he could perform an eye transplant.

Well, for this third operation, this top eye surgeon did not take patients that were charity cases, such as me, even though he had operated on me twice.  This final surgery would be performed at St. Joseph Hospital, where I had my previous operations and my near-death experience.

For those who do not anything about St. Joseph Hospital, there are nuns that work there.  Now, one would consider a nun to be someone kind and compassionate.  Well, I learn soon enough that just because someone is dressed like a nun, does not mean they are good.  Evil comes in many disguises.

Some of the staff at the hospital were just plain rude.  They would move their eyes up and down to scan the length of our bodies which was intended to put us in our place.  Mother turned beet red and gritted her teeth.  I knew she wanted to tell them off, but she held her tongue.  What choice did she have?  If she told them off, we would probably get kicked out of the hospital.

As such, Mother showed up for brief visits, with the head nun standing next to her.  I could not understand ‘why’ the nun was there, except to keep me quiet or to monitor what I was saying.

I was the only child in this ward who had parents.  The other children were orphans.  We were not treated right.  If we had to go to the bathroom, we had to hold it.  The nun described it as practicing “self-control.”  There were bed pans, but we were not allowed to use them.  If we were to soil the sheets, we were threatened with being tied to the bed posts or worse with a needle.  A needle used to draw some blood that was not necessary.

A nurse would come at a scheduled time and take us to the bathroom, but it was not often enough.  There was a boy across from me, who was about my age.  He would climb out of his bed and go to the bathroom on his own.  One time they tied him to the bed posts, but he managed to get free.  Then, they raised the railings on his bed and tied a net across the top of the railings.  He could not get out.  He yelled and screamed, hoping someone other than the staff would hear him.  A couple of nurses and the head nun took him away.  I never saw him again.

It did not take long for me to have an accident.  I did not want any of the nurses or the head nurse to see it, so I covered it up.  It was Mother who smelled the stench.  Of course, the head nun was with her.  Mother no longer was able to hold her tongue.  Let’s just say from that moment on, I could leave my bed and walk down the hall to use the nearby bathroom.

However, the head nun was determined to get even.  That night, I could feel the presence of someone or something in the room.  I turned around and stared at the door.  The door to the room was always kept open and so it was easy for me to see that there was a nurse standing inside the room.  My sixth sense kicked in.  Why was this person in the room?

Immediately, the nurse growled, “Turn around and go back to sleep.  Do not turn around again or you will be sorry.”

Now, I may have only caught a glimpse of the nurse, but I knew it was the head nun and why was she wearing a nurse’s uniform?  Why was she in my room?  She made my blood run cold!

I turned around and faced the wall wondering what she had in mind.  I was terrified!  My heart was pounding!  Then, I felt a warm presence.  A feeling of peace had filled the room.  Slowly, I turned around and looked over at the door.  Near the door, was a young woman wearing a nurse’s uniform.  She was beautiful.  Her face was radiant.

“Close your eyes and go to sleep.  Everything is going to be okay, little one,” smiled the young nurse.

I did just as she said.  I went to sleep and did not wake up, until the next morning.  Sometime that morning, I was wheeled into the operating room for surgery. I remembered smelling the ether and then waking up in bed.  There was something covering my eyes.  I knew it was the bandages, since I had two previous operations.  All I remember doing was touching the bandages and then someone grabbed by arms and I was tied to the bed posts.

Whoever tied me to the bedposts merely chuckled as if it were some kind of joke. I waited not saying a word, expecting the culprit to speak.  The culprit did not speak, but I knew it was the head nun. She was pure evil!  She wanted me to cry or scream.  She wanted to drink in my fear.   I could sense this and so I remained quiet and relaxed.    I do not know how long it was, nor do I know when the head nun had left, before I heard the voice of the young nurse.

“Everything is going to be okay, little one,” she said.

A few hours later, the bandages were removed.  Mother was with me, helping me to gather my few belongings, when the head nun stood by my bedside.  She brought with her a pair of paper sunglasses.  The head nun stared at me with such cold eyes and said, “Here!  Put these on.”

Instead of just handing them to me, she nearly threw them at me.  Since I did not thank her for the sunglasses, Mother said, “Sharon Elaine, don’t you have something to say?”

I glanced up at Mother.  I knew she had to know that this woman was evil.  Did she really expect me to say “thank you” to this despicable creature?

I glanced back at the sunglasses I held in my hands.  Slowly, I raised my head to look at the head nun.  I looked directly at her without blinking.

“Thank you for the sunglasses,” I smiled.

The head nun gulped.  I could tell she was afraid of me.  She covered up her fear by nodding and then leaving quickly.

Shy Brown has experienced two near-death experiences and other unusual encounters.  She is the author of, “Extraterrestrials in my Backyard.”  Email: [email protected]