UFODigest.com » Aliens and UFOs » Alien Abduction » FROM THE JOURNAL OF CHEETAH AND JANE: UFOs AND ALL THAT STUFF! 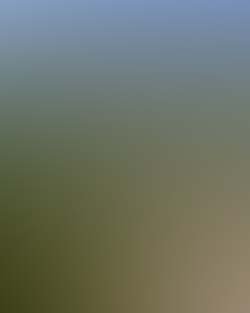 Perhaps, I‘d been sleepwalking, when I woke up outside in the dirt road.  Upon waking, I tasted the coarse sand on my tongue.  Immediately, I knew I wasn’t in bed.  Oh! No!  Not again!  How did I get outside?   Of course, I didn’t know!

Waking up outside in the dirt road, had only happened a few times.  So, it wasn’t a big deal.  I must’ve been sleepwalking, or so I’d thought!

Eventually, I began having flashbacks.  But, it wasn’t some horrible nightmare.  I remember someone calling my name late at night.  I got up out of bed and tiptoed into the kitchen.  The voice that seemed to echo came from outside.  I was curious!  I opened the door!  I don’t remember stepping outside in the dark. Time moved quickly.  Suddenly, I was following behind my older brother.  He led me to what looked like a house.  But, once we went through the entrance, there were some steps. I don’t remember if the steps went up or down.  What I do remember from this dream were the strange, balls of light dancing up and down, as if lava lamps were glued to the walls.

One day, I asked my older brother, if he’d ever taken me somewhere at night.   I told him what I’d remember of the house.  He looked at me as if I’d belonged in the insane asylum.   Therefore, it had to be some sort of extraterrestrial disguised as my older brother.  Perhaps, what some would refer to as a “shape-shifter.” Otherwise, I wouldn’t have gone willingly!  I’d have to be hog-tied and hauled along that dirt road on my butt.  But, as I’d mentioned, it wasn’t some kind of scary incident.  It was more like a social thing.

Those times, I’d woke up in the dirt road, I found myself lying in the middle of several rings.  Now, if I’d been sleepwalking, would I’ve made those rings in the dirt?

I never spoke to my parents about these events.  Back then, children didn’t have a voice.  We kept things to ourselves.  It was just an understanding we all had.  After I became an adult, I did ask my parents if they believed in UFOs and aliens. Daddy mentioned he had seen a UFO in the rain.  He was on a lake fishing when it started to pour.  As he was heading into shore, the sky lit up with streaks of lightning and that’s when he saw it.  He described it as a triangular-shaped spacecraft.  He claimed he only saw it once.  As for Momma, she’d never seen a UFO.

Strange as this may sound, my son described his grandfather as being rather different.  He wasn’t like everybody else.  There was something magical about him.  Daddy was very intuitive, as I’d described in a previous story.  Maybe, that’s what my son could sense.  Then, again maybe it’s something else!

*I wrote the book, “Extraterrestrials in my Backyard,” from actual events.   Recently, I experienced another paranormal event.  I saw Bigfoot!  That’s right!  My story, based on real events, will be out by the end of this year.  So, stay tune for updates!

But, for now, check out my extraterrestrial experience.

Lava lamps are a