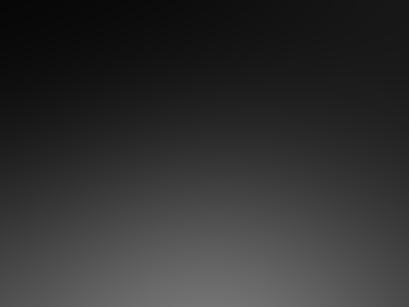 The unusual image taken by an outdoor motion-triggered, infrared “game camera” in Texas may not have been a hovering Frisbee-shaped UFO as the camera’s owner first thought.

Further analysis now indicates the image was due to an aspect of the camera’s function.

TV station KXAS-NBC 5 in Fort Worth reported about the odd photo on Aug. 25, 2010, and other media outlets carried the story along with the photo, in which a horizontal line of lights seemed to be in the background.

Even Field & Stream, the classic outdoor, hunting and fishing magazine, noted the photo case on its website in an Aug. 30 article titled “Trail Cams Capture Everything, Including UFOs.”

A passing deer had set of the camera, and Archer City resident Lisa Brock-Piekarski told KXAS reporter Omar Villafranca that “What I see looks almost like a Frisbee. You see several lights going around, and they’re all symmetrical and lit up, and it just looks like an object in the sky.”

MUFON’s Fletcher L. Gray told Villafranca that the camera itself resulted in the odd photo. “For some unknown reason, the camera shutter was remaining open, and the infrared strobe fired it would catch a bank of lights. The strobe has 14 LED-type bulbs across and with five bulbs vertical, with a total of 70 LED bulbs. If you look at the photo of what was called a UFO, you will count 14 lights that matches the 14 bulbs in the camera.”

INTERPRETING WHAT WE SEE

The misidentification of something strange-looking in a photo or in the skies by eyewitnesses is not uncommon. In fact, experienced UFO researchers say that the majority of sightings can be explained in some logical way as stars, human-made aircraft or other unique conditions involving light, clouds or other factors.

In this recent case, hunter and camera-owner Brock-Piekarski seemed truly puzzled by what looked like a hovering object. “There’s nothing back there but trees and sky. There’s no hills, no buildings, nothing back there. It’s all flat.”

On the surface, it appeared as though the camera caught the image of an object low in the sky behind an unsuspecting deer.

Sometimes people may see something and think it could be an unusual spacecraft of some kind. In other instances, witnesses observe something and readily admit they do not know what it was.

It is a known psychological phenomenon that the human mind may often try to interpret or understand what it perceives. We may automatically start “filling in the blanks,” consciously or unconsciously, when we see something that does not fit our preconceived beliefs, have not previously experienced or have inadequate information to make a definite determination.

In this case, the horizontal line of lights apparently led the camera’s owner to see a Frisbee-shaped object.

While many such cases are honest mistakes by witnesses, other such stories can be intentional hoaxes.

RETURN OF THE PHOENIX UFO

Back on April 22, 2008, an Associated Press news article told the story of strange mysterious lights seen by residents in Phoenix, Arizona.

The AP reported that, “Red colored lights that formed a square and then a triangle were seen floating over north Phoenix. The lights were visible for about 13 minutes around 8 p.m. Monday.”

Residents in the Phoenix metro region were psychologically sensitive to mysterious lights in the sky. The March 13, 1997, “Phoenix lights” UFO incident had been witnessed by thousands, including the state’s then-governor. Many people said they saw not only odd lights, but huge, solid, V-shaped craft slowly and silently cruising over Phoenix.

In the subsequent 2008 case, witnesses in north Phoenix said the lights hovered in a somewhat stationary location, then moved to the east.

Local TV and radio stations as well as the daily newspaper posted video and photos on their websites the next day. Even a local newspaper reporter saw the lights. One citizen said he saw three jets flying toward the odd lights. Officials at the small Deer Valley Airport nearby also reported the lights.

Police and media outlets received dozens of calls. The FAA, Luke Air Force Base and officials at the main Sky Harbor International Airport were queried about the lights and could not explain them.

However, a couple of days later, a local TV station reported that they had solved the mystery. A north Phoenix resident had seen his neighbor launch four helium balloons with flares attached from his backyard.

After further investigation, it was determined that the man tied the flares and balloons together with fishing line. This allowed them to move in somewhat different configurations.

The perpetrator eventually admitted the prank, and it was noted that the flares could have come down started a fire. However, he was not charged with a crime by police.

After this incident, some media commentators seemed to say that this proved that sightings of apparent unusual spacecraft or other UFOs are all mistaken.

However, had residents reported spaceships and alien visitors from another planet? No.

News reports said dozens of people observed and reported four bright red lights in the sky that were visible at around 8 p.m. for approximately 15 minutes. Witnesses also said the lights’ configurations slowly changed in various ways, then faded out.

Witnesses were accurate about all of those factual elements. The witnesses’ observations, as reported to the media, were truthful and consistent with the facts – which turned out to be flares tied to balloons and linked with fishing line.

When “debunkers” paint all sightings with same brush, they are either making a point that is uninformed, or they, too, are trying to perpetrate a hoax of sorts.

Although most sightings have natural, logical explanations, it also seems clear that many sightings and encounters are something much more unusual and valid.

Solid and luminous objects that sometimes appear to be a craft have been reported by reliable peace officers, military personnel, pilots and other credible witnesses.

The 1997 Phoenix lights case is one example. The many Stephenville, Texas, sightings during 2008 are another. The Chicago O’Hare airport incident in 2006 is also an interesting case. There are many others.

The misidentifications, pranks and intentionally phony photos point out that we should be neutral observers, not jump to conclusions and beware of overactive imaginations in ourselves and others.

All lights in the sky or seemingly unusual objects are not extraterrestrial spacecraft. However, all UFOs do not seem to be camera malfunctions, flares or balloons.