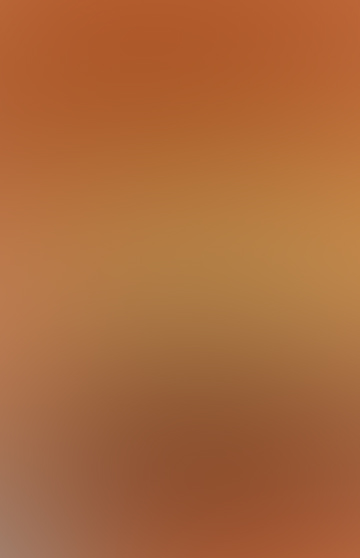 In the annals of literature it is hard to imagine any one particular writer any more ahead of the curve than was H. G. Wells. His visions of the future of mankind were as fascinating as they were appalling. As mankind was to progress in the decades after H.G. Wells classic science fiction novel “War of the Worlds” we can only recall in sheer amazement how his educated imagination shaped new frontiers for emerging generations across the world. The work of this magnificent mind has fueled much in speculation as well as being used by the powers that be for experimental sociological impact.

Not to be ignored

The darkness and devastation envisioned by the fictional portrayal of a perilous future should even more today be heeded by the public as well as the megalomaniac power brokers who have the arrogance to influence the lives of billions on this planet. Wells was not some unschooled and frivolous story teller such as the likes of Jules Verne, who lacked a realistic scientific aspect to his comical tales of a reality yet to be. H. G. Wells had the aptitude of science to enhance and further render his projections of future conflicts to a much more believable if not alarming level.

It took science and, unfortunately the military, decades if not a century to catch up to any unrealistic arrival at the inventions and weapons of the future that were of extraterrestrial origin in “War of the Worlds”. H.G.Wells foresaw the poison gases in 1897 that would be used in the trench warfare of World War I Europe. He foresaw the tactical advantage of mechanized terrain vehicles that could walk and have the advantage of an over the horizon view of their enemies as they quickly covered distances unfettered by wheel driven or horse drawn vehicles. Only today, is the military now perfecting pack animal types of machines and armored land rovers that come close to this capability.

H.G. Wells mention of “Death Rays” used by the Martians were particularly frightening and served to fuel the scientific applications that would eventually originate lasers and particle beams as offensive weapons and research tools. Often science is not necessarily the source of invention, but it is the imagination of the science fiction writer who allows practical application of such ideas to be realized. Such was the case of many of H.G. Wells descriptions of future scenarios that have led us to benefit from his unconventional imaginings to this very day. Wells had an uncanny ability to anticipate the wonders of science in a world yet to come as well as the insight of nightmares that would come to haunt mankind in his perversions of creative wonder. It seems that the vsions of H. G. Wells were not lost upon Nicola Tesla. It has been said that Tesla had invented a death ray with a ten thousand mile range sometime within the era of World War II, but it was supposedly ignored by the US military.

In his novel, “The Island of Doctor Moreau” Wells once again anticipates the horrid unethical nature of medical experimentation gone wrong as an obsessed doctor tries to merge man and animal as one creature. H.G. Wells foresaw the insupportable dilemma of allowing inhumane experimentation to exist in a civilized society and what the terrible repercussions could be as a result. Not until the release of such books as the “Confessions of a Medical Heretic” by Robert Mendelsohn in the early 1970’s did whistle blowers begin emerging. Yet, the work of H.G. Wells gave us a glimpse of such dark possibilities decades before such revelations would ever come to shock an uniformed public. Man’s improprieties and inhumanity to himself if only in science fictional form were showcased by H. G. Wells as he addressed these less than palatable issues in story form. It is likely his fiction was really a dissertation of the unrestricted ruthlessness of science should ethics and morality not be enforced in order to prevent it from happening.

It is like that in the his brilliant work, “Time Machine” that Wells is actually lecturing us once again on the pitfalls of repeating the past over and over again in the realm of war as the weapons of mass destruction simply continue to become more and more devastating. His message that by ignoring the great works of the literary realm that future generations could become sheep for the slaughter when no longer armed by the wisdom of knowledge. H. G. Wells hero goes back to the future after retrieving the great writings of his time and of his past so as to rescue the minds of a distant world yet to be so that civilization could once again rebuild itself.

Indeed the brilliance of H. G. Wells in anticipating the potential dark eventualities based upon refusal of humankind to acknowledge the lessons of the past rings true to this very day. We would be well served to take a very sobering review of his themes and not so flattering visions for mankind in the not so distant future and wonder if the scenarios he created on the pages of his novels are perhaps not so inescapable after all if we apply morality and self-control. In view of the current global sociopolitical configuration that now plagues humanity, would it not be advisable for us to take a good long look at where we are headed, put aside the political correctness, and begin a spiritual acknowledgement of how we are to escape the pitfalls and fascism of the past?

For those who have dismissed science fiction as irrelevant fantasy, or the province of wild speculation, I suggest that you take a very sobering appraisal of just how the innovations of one H. G. Wells came to fruition within a relatively short period of time. We are just now catching up to the wonder of many of his visions as well as nightmares should mankind refuse to heed the lessons of history as it so often does. In “War of the Worlds” H. G. Wells calls upon the miracle of God’s creation of the smallest forms of life (Germs) for decimating an enemy that was quickly poised to exterminate humanity. In our world of godless liberal advocacy who belittle all who acknowledge a benevolent God who created our world, it is quite refreshing to note that great minds such as H. G. Wells had the humility to allow for creationism as the being the ultimate statement of truth and unification of science and reality.