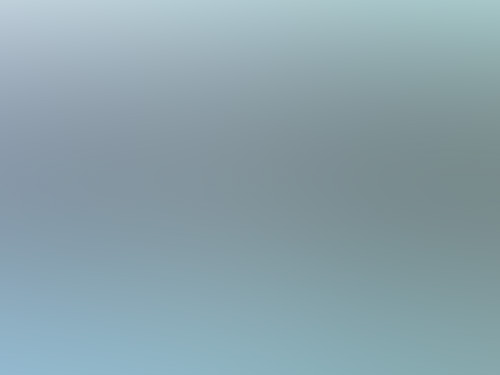 Sausalito was once the site of a Coast Miwok settlement known as Liwanelowa. The branch of the Coast Miwok living in this area were known as the Huimen (or as Nación de Uimen to the Spanish). Early explorers of the area described them as friendly and hospitable. According to Juan de Ayala, “To all these advantages must be added the best of all, which is that the heathen Indians of the port are so faithful in their friendship and so docile in their disposition that I was greatly pleased to receive them on board.” Such placidity was likely a contributing factor to their complete displacement, which took place within the span of a few generations. As historian Jack Tracy has observed, “Their dwellings on the site of Sausalito were explored and mapped in 1907, nearly a century and a half later, by an archaeological survey. By that time, nothing was left of the culture of those who had first enjoyed the natural treasures of the bay. The life of the Coastal Miwoks had been reduced to archaeological remnants, as though thousands of years had passed since their existence.”

The first European known to visit the present-day location of Sausalito was Don José de Cañizares, on August 5, 1775. Cañizares was head of an advance party dispatched by longboat from the ship San Carlos, searching for a suitable anchorage for the larger vessel. The crew of the San Carlos came ashore soon after, reporting friendly natives and teeming populations of deer, elk, bear, sea lions, seals and otters. More significantly for maritime purposes, they reported an abundance of large, mature timber in the hills, a valuable commodity for shipwrights in need of raw materials for masts, braces and planking.

William Richardson (1795–1856), an English-born Mexican citizen, first claimed and developed the site of Sausalito as a private rancho. From there Sausalito grew!

From the late 1800’s until after World War II it was called the Walhalla Biergarten, but its greatest fame came when it was purchased 50 years ago by former madame and Sausalito mayor-to-be Sally Stanford, who restored the Valhalla name. After her death it went through a number of different incarnations, but in the spring of 2009 a sign appeared on the shuttered door promising the return of Sally Stanford’s Valhalla Inn. Unfortunately, by the summer of 2009 the signs were gone and with them our hopes. Some locals say that to this day they see the ghost form of Sally Stanford standing outside of the Inn and Dan Walsh makes claim that he once saw Sally at 2am walking alongside Bridgeway near the ocean holding an umbrella. He thought she looked out of place and couldn’t help staring at her and she looked at him and nodded, walked towards the ocean and vanished. GHOST IDENTIFIED: SALLY STANFORD. Some locals also say that they see 3 women walking near the Inn, one wears a green dress and 2 wear red dresses, they believe these are 3 former ladies of the night. The lady in green once held her hand up and gestured for a male tourist to come towards her, she presented a slight smile and kept trying to entice the tourist to come closer. GHOSTS IDENTIFIED: THE 3 ENTICERS.

HAUNTED EASKOOT HOUSE
This private home is said to be haunted by a former owner who stomps outside at 2 a.m. This ghost is searching the beach front for a missing golden hook. Also reported is a burglar alarm that rang out for over 10 minutes, although the alarm was completely disconnected. GHOST IDENTIFIED: THE EASKOOT HOUSE PHANTOM

Let’s take a break from the ghost stories. Deanna and I visited the shop called Games People Play at 695 Bridgeway.[email protected] There was a lady that stared at Deanna and I, as soon as we walked in and she followed behind Deanna at approximately 3 feet. If Deanna made any sudden stops, this lady employee of the shop would have ran into her. There is some cool stuff in this shop, but being followed by the employee of the shop wherever we walked was very irritating. Then the lady rudely asks us: “do you have any questions?” I looked at her sour puss face and flatly said ‘no’ and we walked out. Come on..why all the irritation? Did she think we were going to steal something out of this shop? Geesh!

HAUNTED FIRESIDE MOTEL – MILL VALLEY
During the renovation of Fireside Motel. Indian remains were discovered on the grounds of this motel. This motel was once a Prohibition gin joint and watering hole. Legend has it that the Coast Miwok Indians haunt this hotel and the grounds this motel sits on. What is interesting as we were driving past this motel Deanna got excited and pointed at the hotel and said she could feel that this motel was haunted. She was right! Deanna is a sensitive and picks up on spirit activity. GHOSTS IDENTIFIED: THE COAST MIWOK SPIRITS OF THE FIRESIDE MOTEL.

The big, white landmark called the Fireside has stood as a gateway to Mill Valley for 92 years, a symbol of a rough, rollicking era when the Bay Area was awash in rum running. But the celebrants who caroused inside the former speakeasy never knew they were dancing on Indian graves.

Marin County Coroner Kenneth Holmes acknowledged recently that skeletal remains of American Indians were discovered in the ground beneath the brick structure during renovation work over the past 10 months.

The bones may have been the same ones found during a renovation 51 years ago and then quietly reburied underneath the floorboards at a time when folks were less concerned about cultural issues.

According to locals, objects in the motel have moved around on their own accord. Cabinet doors will swing open. Disembodied footsteps are heard in the hallways, ghostly Indians are seen walking around the outside perimeters of this motel. Leslie Merriweather who has visited this motel said she came face-to-face with a ghostly Indian. To have this ghostly Indian standing in front of her, with his face no more that a couple of inches away scared her to no end. The Indian had jet coal black eyes and then simply dissipated.