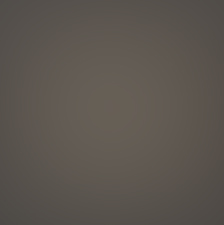 From 1973 to 1976, I was in the US Army in Germany. During my time in Germany, I learned that there was a major drug problem. The drug problem originated from what was known as the Khaki Mafia, an organization of ex-military men that fought in the Vietnam War. The Khaki Mafia was involved in blackmarketing, transportation of narcotics, the sales of narcotics, prostitution. When it came to illegal drugs being sold by the Khaki Mafia, they were selling and distributing: opium black hash, tripping red hash, blonde Lebanese hash, LSD, heroin, Brown Bomber (a barbiturate); speed and various uppers and downers.

During my tour of Germany, I was recruited by CID (Criminal Investigation Division) – DST (Drug Suppression Team). I worked undercover narcotics throughout Germany. At times we worked with the German Kripo in apprehending German civilians that were selling illegal narcotics to soldiers. Working undercover, I found myself working the nightclubs, the streets and infiltrating military units. My job was to identify the dealer. Gain trust with the dealer and make 3 purchases from the dealer. With 3 purchases it set the groundwork for the dealer to be apprehended and stand trial. I testified at many Article 32s and court martials. My code name while working undercover was Porkchops.

There was one case that I will never forget, it haunts me to this day. CID sent me after a drug dealer nicknamed “Red”. Red was a German woman with flaming red hair. Red was a major distributor from Crailsheim to Amsterdam to Munich. Red distributed hash, heroin and LSD. Red had connections with the Khaki Mafia. Red was once married to a soldier and her husband overdosed on downers and died. Red took over the business and she was seen in her Mercedes Benz and had 2 large African men as her bodyguards.

I introduced myself at a nightclub to Red and made claim that I once knew her deceased husband. She believed me and before I knew it, I was headed to her home, sitting in the back seat of her Mercedes Benz while her bodyguards sat in front. When I got to her home, I saw a German woman named Heidi sitting on a couch and wrapping a rubber strap around her arm to cause her veins to pop out. Heidi was completely naked and shooting up heroin in front of me. I watched her slowly nod out after throwing up on herself. The next morning Red was gone after offering me to go to Amsterdam with her. Red’s 2 bodyguards confronted me and accused me of being a CID agent. The 2 bodyguards escorted me to the door and I called a taxi to get home. I did not see the German woman named Heidi that was shooting up heroin.

Two days later, I learned that Heidi was found dead in the bushes and she was still naked. I also learned that Red was at times selling heroin that was laced with strychnine. It was suspected that Red had possibly caused the deaths of 6 soldiers with her laced heroin. An emergency crew was sent to the sight where Heidi was found dead and a woman emergency crew staff person claimed that she saw the ghost of the dead woman that overdosed on heroin. When I heard the story, I thought nothing of it and came to the conclusion that perhaps this emergency staff person has just been working too hard.

As I went back to work, working undercover, I started seeing what I thought was Heidi. Walking down a darkened hallway in Nurnberg, Germany, I saw a glimpse of Heidi and it scared me to death. Before I knew it, Heidi was at my side looking at me in the face, then pointing around the corner and in a blink of the eye, vanished. Around the corner was an off duty soldier selling tabs of LSD. I learned who this soldier was and purchased a couple of tabs. Learning who the soldier was, I made 3 purchases and the soldier was marked for apprehension. I sort of felt that Heidi assisted me in pointing out this dealer.

Heidi appeared 3 more times and each time a dealer was apprehended for the sales of narcotics. When I was transferred out of Germany and sent to Fort Hood, Texas, I never saw Heidi again. The scariest moment I had with Heidi is when I misidentified a dealer and on that very same night, Heidi appeared at my bedside and I woke up with a start. Red was eventually arrested by the German Kripo and one German Kripo I talked with thought he saw the ghost of Heidi peeking around a building as Red was arrested and placed into a police car. Heidi was never seen again and probably is resting in peace, knowing the dealer that caused her death is now behind bars.