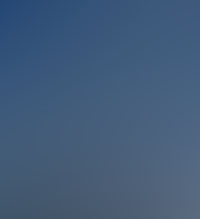 As the space shuttle program ends and new commercial spaceflight endeavors accelerate, some people may wonder if there is another major element of U.S. space activities – one that is top secret and the public knows little or nothing about.

Rumors, reports and a bit of natural curiosity make some people wonder if the U.S. may already have spacecraft that are tremendously more advanced than the space shuttle.

Is there a classified and covert space fleet? Are they manned or unmanned? Are special pilots and crews operating in space in advanced, secret craft?

We know that U.S. defense and intelligence requirements include sophisticated satellite systems and that these generally remain behind the scenes. And, there have been defense-oriented shuttle-like space planes.

But do our space activities and spacecraft go beyond this? Beyond the space shuttle and beyond the International Space Station (ISS)?

Space shuttle is only part of US manned space efforts?

Common sense and common consensus tell us that there most likely are advanced technologies being researched, created and used that are decades or even centuries ahead of what most of us think of as state-of-the-art U.S. aircraft-spacecraft development.

We don’t need to consider situations like the so-called Roswell incident, UFOs and extraterrestrial visitation to come to the conclusion that our space program may actually not miss the shuttle that much. Human engineers and scientists are capable of making tremendous progress on their own, thank you very much.

It could be that we are now in a new age of space travel and it may be more interesting than some people think. Technologies and aircraft-spacecraft in the pipeline might be quite astounding.

A recent book about Nevada’s Area 51 aircraft development and test facilities sparked the interest of many readers. The book also generated admiration for the people who have worked on advanced aircraft there and elsewhere.

A question that might arise in some minds, though, is “Are these advances being used to help America as a whole?”

Defense and intelligence applications of advanced technologies are obviously needed to help ensure national security. Yet, wider dissemination of some of these same technologies might help meet some of our current economic and human challenges.

And – back to the expanding commercial spaceflight community – certain technologies probably could be put in a proper pipeline to help the development of this new industry.

What will our space program look like in five or ten years? We may have bases on the moon. We may have missions to Mars. We may be zipping through weird time-space wormholes and star gates to faraway galaxies, surfing quantum energies that we are now learning more about.

But for today, the news media tells us about the space shuttle’s last mission. The ISS is occasionally in the news – as it was recently when the crew had to get to the “lifeboats” when space debris came too near.

How do we understand the gap between what has been and what will be? How will developments in space affect life on Earth? How will humans make the next steps in understanding the Universe and ourselves?