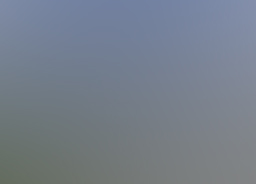 How Futuristic Science Influenced Our Future

The Denial of Crucial Scientific Advancement Part I

Through out history the creations and theories of great inventors have often time been ignored for reasons of pure skepticism or lack of imagination. In many cases history could have been drastically altered had the omen of technological advancement been heeded by those who simply lacked vision. Had the evil regimes of the world crafted some of these advancements the world as we know it today might well have been much different. We may very well have been in a worldwide totalitarian government brutally ruled by the those who used genocide to further their agenda. Thankfully, enough great advancements for the good of mankind have outweighed the disastrous implications of dark forces.

The basis for the modern day

Nikola Tesla pioneered early electrical and electronic science to levels that would benefit the modern world in ways unimaginable in his time, yet he died in reclusion and poverty for all his achievements. Unfortunately, the business side of his career counteracted his great inventive genius and would haunt him later in life. We can thank Nikola for just about everything that drives our energy needs thanks to the efficiency of the alternating current, electromagnetic brakes on subways, the first radiological photos, radio transmission, and what could have been free energy broadcast from towers and transmitted to antennae mounted atop homes and buildings for the operation of appliances and electrical devices.

Robert Goddard was a rocket science pioneer who envisioned being able to rise above the atmosphere and into orbit around the earth using such a platform. For two decades Robert Goddard labored away near Albuquerque, New Mexico under funded, but determined to prove the viability of rocket propulsion and ultimately travel to other planets in the near future. In the 1930’s he pleaded with the Department of Defense for grants to further his experiments. With a war in Europe on the threat radar and the Japanese already invading Manchuria from across the Pacific Ocean isolationism prevented America from intervening in a looming world war, but visionaries like Goddard pressed on aware of what implications their research could have on a nationalized war effort.

Unfortunately, for Great Britain and the US the Nazis had been paying attention to Goddard’s research and were not only amazed at his brilliance, but fast at work with the help of Hitler’s enthusiastic funding fabricating two deadly weapons of warfare that might have changed the course of World War II. Under the supervision of Werner Von Braun, the V-2 rocket and the V-1 cruise missile were being successfully tested and readied for deployment. In decades to come Saddam Hussein, the dictator of the Iraqi regime would use the Skud Missile to terrorize Israel during Desert Storm in 1992. The Skud Missile was a medium range missile made in the very image of its predecessor, the Nazi V-2 rocket!

The developments at Peenumunde, the secret base used by the Nazis to build rockets that were ultimately the fruition of Godard’s work housed the Nazi efforts. Had the US military seen the potential of Robert Godard’s research America’s space program and ballistic missile development would have been decades ahead. Great Britain might have been spared the devastating bombing by the V-2 rocket and the V-1 “Buzz Bomb” as it was called. One of the few defensive measures that could be mounted against the V-1 was for a Spitfire Fighter pilot to fly alongside the first cruise missile and use his wing to disrupt the guidance system of the V-1 flipping one of the stubby wings over in-flight. Of course the Spitfire Fighter pilot risked having the Buzz Bomb explode right there in mid-flight. Occasionally, an entire city block was spared the explosive punch of one of this weapon thanks to the efforts of a brave piston engined fighter pilot. Against the V-2 there was no defense.

Stab from the past

It would not be until the advent of anti-ICBM’s like the Patriot Missile system that the SKUD Missile could be knocked out of the sky. This direct descendent of the V-2 still in a modern day enemy’s arsenal is a grim reminder of what the Nazi’s brought into warfare while the US military ignored the very man’s research that led to its development-Robert Godard.

War of the Worlds

In 1943 Nikola Tesla proposed a death ray with a purported range of ten thousand miles. It would have predated the laser and particle beam weapons of the 1980’s and beyond. This weapon advancement may have shortened World War II significantly and saved many lives had the US military decided to actively support its development. Was it that the US military intelligence anticipated the Nazis would use their espionage capability to steal the technology and unleash such a device against the allies, even while America and Germany raced toward creating a thermonuclear bomb? Sadly Tesla’s proposal like Godard’s was pushed aside. One might even consider that Tesla’s death ray could have been used to create fusion reactors which would be more efficient and less radioactively dangerous.

When Americans developed the first submerged naval atttack vessels once again Germany harvested such research and developed the first stealth warfare that nearly won two world wars for them. It was called the U-Boat a long range attack submarine that could wreak havoc upon military and cargo shipping across the oceans of the world. The first weaponized submersible was deviced by a American colonist during the War of Independence against the British, Though not successful, it did prove that the technology was viable. During the Civil War the famous battle between the Monitor and the Merrimac both ships pioneering not only metal clad hulls, but semi-submersible deployment were to set the tone for the decades to come only to be exploited by our enemies. History teaches the bitter lessons of denial and the refusal to act when the winds of war threaten. In the future we should continue to remain vigilant.