UFODigest.com » Aliens and UFOs » How long until the day of official verification of contact? 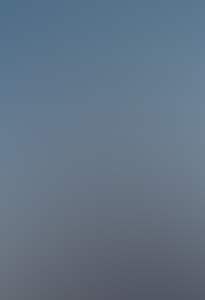 For anyone making an intelligent inquiry into the possibility of mankind on earth being visited by or coming into contact with a civilization from another planet there must be acknowledgement at some point by the governments of the world. In more than 5 decades of widespread UFO reports, military confirmation, and witness testimony, still official recognition eludes us. Why? It is a complex proposition for our system of beliefs and social structure to encounter a superior civilization. Many of our sacredly held self assurances could be disrupted and thrown into question. Such human institutions as religion, government, law, military, and science could not only lose relevance but power over the people once our arcane suppositions have been breached by a greater reality.

What does that mean to the powers that be. Knowledge is power. Governments, particularly the US, have made it a standard operating procedure to compartmentalize knowledge on a need to know basis or utilize secrecy and attach classified status to any controversial project or form of forbidden knowledge that could have an unpredictable and far reaching impact upon humanity. Such is the proposition of extraterrestrial contact. This is no simple matter on many levels.

The inevitable course of confrontation

The unfortunate realization for human history and archeological implication has been that once presented with a direct exchange between an ancient culture and that of a more advanced society, the simpler or less advanced culture tends to be overwhelmed, faced with the exposure of their belief systems being marginalized by the greater realization of a superior society. The American Indians once faced by the superior technology of western Europeans, their machinery, their weapons, and their system of laws and government were not only intimidated but eclipsed with their inability to comprehend the direct contradiction to their sacred presumptions.

When the primitive meets its superior

Such was the case with the Aztecs of Mexico and Central America when confronted by the Spanish explorers such as Cortez. When they saw white men arrive from somewhere out in the ocean on massive galleons using cannons and muskets for warfare, it was only a matter of time. Quickly the Aztec culture dissolved socially and religiously in the wake of a society that demonstrated technical if not ethical superiority. The conquistadors caused the rapid destruction of a less developed society with not only violence but the destruction of its belief system.

War of the Worlds a real panic!

On October 30, 1938 on the eve of Halloween, the Fireside Theater led by actor, Harry S. Truman, who publicly spoke after the famous 1952 Washington National sightings where UFO’s were tracked by radar and chased by USAF interceptors over Capitol Hill on several occasions over a 2 week period.

President <a data-cke-saved-href=”http://www.youtube.com/watch?feature=endscreen&NR=1&v=f9ZoKfYCNlM target=” href=”http://www.youtube.com/watch?feature=endscreen&NR=1&v=f9ZoKfYCNlM target=” _blank”=””>Jimmy Carter candidly admitted he had observed a UFO along with several others and even filled out a detailed report on the sighting. Carter during his first term in following up on a campaign promise he had made to get to the bottom of the UFO question, had instructed his science advisor to make inquiries within the federal government and CIA about UFO’s, but was denied access.

President Ronald Reagan alluded to all nations of the world uniting mankind in their efforts to defeat a common alien aggressor if such a war ever occurred, yet getting mankind to cooperate in peaceful efforts beyond that was hard work. This comment Reagan made a point to have his speech writer include in many of his public discourses.

We have seen the course of government policy transform over the issue of UFO’s from the Defense Department hiring Walt Disney to make absurd cartoons about space creatures to blacking out the entire TV screen during a Donald Keyhoe interview about UFO’s on NBC in 1958. We have seen certain individuals deep within the government rebel against official policy such as former CIA director, Roscoe Hillenkoeter who gave a New York Times interview warning that UFO secrecy and denial was a dangerous policy in 1960.

In 2001, Doctor Steven Greer made history by organizing a massive public witness testimony of former military figures to appear at the National Press Club in Washington DC under the aegis of the “Disclosure Project” in order to put an end to official denial and secrecy. Something the likes of which could never have happened in years past.

The pendulum of refusal to acknowledge the truth by the US government has swung from one extreme  to a surprising tolerance for many of its own leaders, intelligence agents, and military personnel involved in highly secretive projects to come forward and disclose what they know about the UFO reality that has been officially disputed for so long. Many now believe that not only is the public ready for the official announcement of the truth, but that the long overdue admission by the US government could happen any time. Unfortunately, this writer does not feel that it will come with the current Obama White House in view of the continued destructive policies it has conducted. It seems that the President’s last consideration would be transparency over any important issue that the people seek the truth over. Yet, regardless of this fact, the wheels of progress have turned and brought our society a long way from the anal retentive denial of the 1940’s 50’s and 60’s. Time will only tell.