UFODigest.com » Aliens and UFOs » How UFOs affected SALT I and SALT II treaties 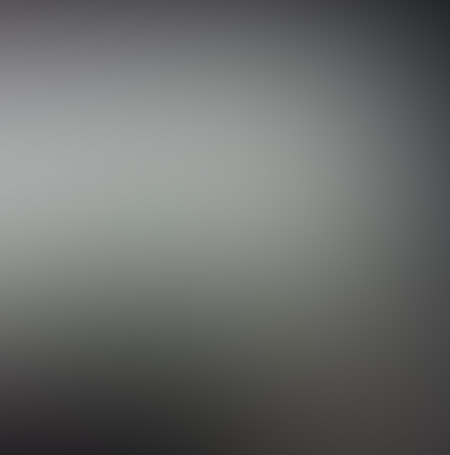 In the present escalation of hostilities in this day and age, a reminder from the past that things differ little between the present and yesterday, especially in the presence of the UFO menace. According to many historians and analysts, UFOs played a role in not only dictating some aspects of arms limitation talks between the US and the Soviet Union, but also caused some near World War III incidents that would make us shudder in fear if such chaotic situations repeated themselves today. With recent threats by North Korea to actually wage a devastating nuclear war against the might of the US military juggernaut, maybe we can consider this to be typical of the global tensions that existed in the early sixties and seventies in the midst of the cold war era.

Speaking with a Korean War veteran about UFOs in that theater of war, I was intrigued by what he recounted. Even though the famous UFO flap of 1952 overshadowed news of the Korean War in that year and UFOs shadowed Operation Mainbrace, a joint naval operation with NATO, in 1952, little was reported about UFO activity in Korea. Commenting on the disappearance of numerous reconnaissance aircraft during his tour in Korea, the former soldier told me that they knew those planes were not brought down by enemy fire, antiaircraft weapons, or Communist fighter aircraft, they puzzled over the cause. He said that strange nocturnal lights were observed over battlefields that were not flares or muzzle flashes. There have always been strange tales of eerie events in the fog of war and Korea was no exception.

At Helsinki, Finland in 1969 the Strategic Arms Limitation Talks began between the US and the Soviet Union. The idea was to downgrade the ever upward spiraling development of weapons by both sides while trying to reduce the risk of a potential World War III, or even worse, global thermal nuclear war between the super powers. US statesman, Henry Kissinger, was instrumental in establishing the parameters and negotiating with his Russian counterpart, Andre Gromyko. The two men knew that the escalating tension and growing arsenals presented a fatal peril to the future of mankind if left unchecked.

The US had a strategic advantage with their Trident Nuclear Submarine fleet and AMX underground mobile missile system. The Soviets boasted a greater number of large MIRV (multiple independently targeted re-entry vehicles) ICBM’s (intercontinental ballistic missiles) and superiority in conventional forces in Europe with more combat divisions and tanks. These aspects of armament on both sides of the table affected not only the US, but its NATO allies. From 1969 until 1986, the SALT I and SALT II agreements were signed and enforced until the Russians invaded Afghanistan in 1986, ending the treaties.

Of all of the pertinent points of discussion and agreement strangely enough was the recognized threat and mutual ability to identify UFOs as a hazard in determining threats by early warning posts and reconnaissance operations, as well as each super power notifying the other to avert mistaken identity and possible misidentified hostilities. Due to some hair raising incidents in the past that had elicited much concern over these issues, Henry Kissinger and Andre Gromyko were both keen on establishing a clear policy on UFO detection, shared information, and mutual cooperation in the event of such sightings, attempted intercepts, and maintaining the best possible surveillance within the narrow corridors of international air space that lie in dangerously close proximity between the Soviet Union and the North Pacific region of the United States.

The threat of inadvertent war

According to Donald Keyhoe, USMC retired, and former director of NICAP, there were several close calls that could easily have led to World War III as US radar stations, battle fleets, and patrolling fighter bomber squadrons flying recon along the crucial borders that lay directly poised to the anticipated defensive response of the Soviet Union. As the TU-Bearcat Bombers flew along the electronic boundary lines of US airspace inviting a scramble and intercept by F-106 Delta Dart nuclear armed fighter bombers it was the GBU-28 radar developed at Eglin AFB in 1975 and still used in Desert Storm in 1991 that tracked possible incoming threats to the US Northwest Pacific corridor.

In 1949 B-29 crews tasked with flying long distance reconnaissance missions over the Artic polar regions that confronted Soviet air space, bomber crews began to notice worrisome developments according to former late USAF Colonel Wendell Stevens who reported that flying disks were observed launching from the polar ice, even diving into the artic sea, and had been seen flying alongside B-29 flights as they patrolled the frozen expanse of the northern regions close to Russian air space. Photographic evidence was hurriedly downloaded from wing mounted cameras from these aircraft and forwarded to high command according to Stevens.

Prior to that SALT I agreement in 1957 all Soviet antiaircraft batteries went into action against UFOs spotted in the skies above from their position just North of Japan. Observers noted that although the Soviets had fielded a blistering attack upon the perceived aerial targets, not one unknown craft was brought down.

According to Donald Keyhoe, NICAP (National Investigations Committee for Aerial Phenomenon), director, there were several emergency alerts triggered by UFO sightings in sensitive heavily monitored corridors between US air space and the Soviet Union. During the Eisenhower Administration at least 2 such full scale alerts were initiated due to detections of unknown flying objects or “Bogeys” as pilots referred to them. World War was narrowly averted thanks to last minute attempts at establishing that such intruders were not of Soviet origin was crucial in preventing deadly hostilities.

Once again in the early 1970’s during the tensions of the Vietnam conflict, SAC (Strategic Air Command) went into full alert the equivalent of DEFCON 1, a defense condition synonymous with nuclear war imminent due to the tracking of UFO targets in crucial regions of contested air space between the Soviets and American defended regions as many as 3 times. These were a few of the many potential precursors to aggressive confrontations that could have heightened into a global conflict while tensions were already high due to the Vietnam War raged. As American bases from nearby Thailand launched fighter bomber missions against Hanoi, North Vietnam with multiple attack squadrons of the F-105 North American Thunder Chiefs and the McDonnell Douglas F-4 Phantoms laden with 50,000 lb. bomb loads on their way to encounter the most heavily antiaircraft defended air space since World War II, deadly misidentifications were already possible.

The need for crucial information

Provisions included in the SALT I and SALT II agreements called for close identification of aerial phenomenon or unidentified airborne activity that could not only be interpreted as unfriendly military aircraft, but seen as a possible threat with transponders turned off to confuse attempts at establishing the origin of the aircraft. Without this negotiated cooperation between American and Soviet radar stations, air commands, and communications networks, the unthinkable may well have happened. If the perpetrators beyond the UFO had decided that acting as provocateurs, they had planned to cause conflict between the superpowers; they probably could have achieved that goal without ever firing their own weapons.

In the years prior to SALT I and SALT II agreements there were many attempted penetrations of Soviet and American air space that ended in cat and mouse aerial pursuits that sometimes went further. Even under peace time conditions anxious and well trained pilots search for opportunities to take out opponents if circumstances allow for the rules of engagement to be exercised.

Soviet air crews shot down a CIA reconnaissance aircraft near the Turkish border in 1974, sadistically toying with the unarmed plane before delivering the final missile that exploded it in an unprovoked incident well beyond the Russian border. Such are the little known air to air engagements that occur through conventional identification and confrontation much less the shadowy existence of bizarre elliptical craft that do not match conventional flight characteristics, and yet must be intercepted by pilots ordered to find out who they are at any cost.

All over the world from the shores of Manchuria to the Aleutian Islands to the DMZ between North and South Korea to the Pyrenees Mountain range of Spain, fighter pilots, helicopter crews, and even transport planes have been lost over the defense of air space of individual nations or even in unprovoked opportunities simply engaged for the excitement of air to air combat. These confrontations have occurred in peace time. To look at a historic record of peace time losses of aircraft shoot downs, pursuits, weapon discharges, and captures, one would think a full blown war was already underway. Now add the element of UAP’s (unidentified aerial phenomena) to that equation, and the chances of unintended war become dangerously enhanced.

Many reported losses on air maritime missions across the Pacific along the coasts of Russia and China not far from the shores of Japan, the unfortunate disappearance of air crews that reported no hostile engagements or mechanical malfunctions are often noted in aviation history. From 1945 during the humanitarian re-supply missions over East Berlin to transport planes carrying non-military items over China, aircrews are constantly at risk and capable of being brought down, lost, or forced down by the hostile actions of air forces the world over exercising their rules of engagement as border defense.