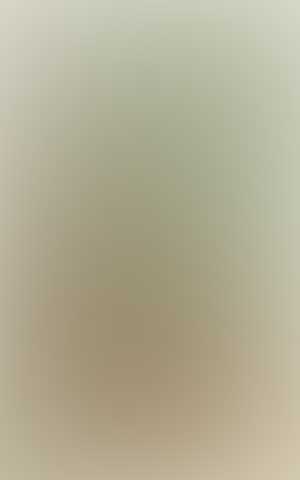 When we think about human readiness to deal with significant new scientific discoveries, we often think about conventional psychological and emotional preparedness of individuals, groups and societies.

For example, the issue of unidentified flying objects (UFOs), other non-human intelligent beings on Earth and similar subjects often result in reactions such as uncertainty, anxiety, curiosity and denial.

Our self-esteem and self-perception are also part of the natural reactions to certain leading-edge and forward-leaning theories, possibilities, indications and discoveries.

When new discoveries are about human consciousness, then our psychological and emotional reactions could be even more interesting, and also natural. Our mind is looking at itself.

In one such case, the U.S. defense and intelligence activity usually referred to as Project STAR GATE conducted research and operations related to extrasensory perception (ESP). The researchers and participants discovered that human consciousness is not nearly as limited as we often believe and that humans can tap into extraordinary perception and awareness.

Many of these Project STAR GATE researchers faced their own reaction of denial about the results of their experiments measuring ESP or “anomalous cognition.”

This couldn’t be happening, they told themselves. How can a person in a room at one location accurately perceive the details of something going on miles away with no other information available other than internal perception?

Eventually, the STAR GATE personnel apparently developed an appreciation about these discoveries, though they faced skepticism and even ridicule from within their scientific and intelligence communities, and later in the media and general public.

Today, though, there seems to be a much greater acceptance about these kinds of research results and many other investigations have come to similar conclusions. Several kinds of research into human awareness and perception have branched out into different fields that may also yield very interesting and significant results.

Some of these studies have looked at near-death experiences (NDEs), dreams, telepathy (mind-to-mind communication), precognition (perceiving the future) and using human consciousness to reach out in many other ways and in many directions.

Human awareness and perception regarding UFOs and other intelligent beings have also been an element of this kind of research.

Visual sightings of unusual objects in the skies (and sometimes on the ground) that appear to be craft of some kind and alleged even closer encounters are particularly interesting and somewhat concerning.

Like the Project STAR GATE teams, we probably also have similar feelings about the UFO topic. That is, after our denial subsides, then uncertainty, anxiety and curiosity come into play … uncertainty about our previous beliefs, anxiety about what this could mean and curiosity about how this could be.

Project STAR GATE’s research, activities and “remote viewing” intelligence-gathering techniques were above top secret, compartmented and on a need-to-know basis within the defense and intelligence community for several decades. This was due to the perceived importance related to national security.

The unique nature of the research also probably resulted in some of the secrecy. As noted, there was denial, skepticism and ridicule within the defense and intelligence communities about the STAR GATE investigations and operations.

Today, a large amount of information on remote viewing, ESP and Project STAR GATE is widely available on the Web, in books, articles, on TV shows and in other communications platforms though much information remains classified.

In an apparently similar situation, more information and disclosure about the UFO phenomena seems to be emerging in various ways. What was once above top secret, compartmented and on a need-to-know basis within the defense and intelligence community is now more widely available though much information remains classified.

Now what? The discoveries in Project STAR GATE about the nature of human consciousness resulted in some answers and also raised more questions. The same is probably true about research into UFOs, multiple dimensions and other kinds of edge-science research.

As part of this process, hopefully we will continue to gain greater understanding, though many questions will probably remain and more will be raised.

Some information will remain secret. New discoveries will emerge. Many mysteries will probably continue.