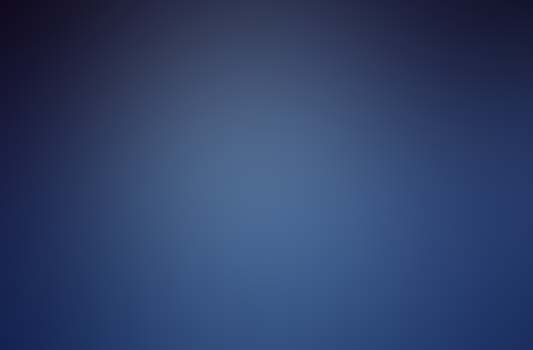 Early American and Russian efforts at space travel in the 1960s are now a distant memory for many people around the world.

Those pioneering astronauts and cosmonauts risked their lives in tiny capsules just getting into Earth orbit and returning safely.

Now, decades later, we now find ourselves near the end of the Space Shuttle era and ready to take the next steps with new approaches to space activities and exploration.

Meanwhile, some people speculate that behind the scenes, the U.S. may have already developed highly-advanced spacecraft that are top secret. These spacecraft, if they exist, and like other classified military aviation projects, could be years or decades in advance of where the public thinks we are technologically.

There are tales of secret U.S. spacecraft that have capabilities far beyond the Space Shuttle. They patrol the outskirts of Earth’s atmosphere and can make interplanetary journeys using advanced propulsion systems and scientific knowledge, according to this kind of far-out speculation.

There are also rumors that some of this technology could be quite exotic and was acquired or learned about from crashed extraterrestrial spacecraft or some other contact with extraterrestrial beings. This theory does stretch the imagination and is understandably difficult for many people to believe.

But, is it really so far-fetched?

Looking at the body of research about UFOs and alleged extraterrestrial visitation to Earth and trying to separate the silly from the serious, it does seem at least remotely possible that “foreign” technologies related to anti-gravity propulsion, energy generation, materials, engineering, electronics and a different understanding of physics could have been obtained by humans.

If we consider the possibility, just for the sake of interesting discussion, that humans could have acquired crashed “flying saucers” or other kinds of advanced spacecraft beginning back in 1947 or so, wouldn’t that technology have been fascinating and important for defense, aviation and scientific experts?

Wright-Patterson Air Force Base in Dayton, Ohio, has long been a major center for the analysis of other countries’ aircraft and would have been a logical place for engineers to examine this completely different kind of foreign technology.

And, of course, as the Roswell incident story goes, crashed UFOs were taken to Wright-Patterson AFB.

Isn’t it also interesting that Dayton – the town where Orville and Wilbur Wright used their knowledge about bicycles and other mechanical devices to build and fly their airplane in 1903 – could have been the site where extraterrestrial flying craft were also examined?

That almost seems to take us full-circle, from the Wright Brothers to early space programs to the rapidly-advancing progress in aviation and space activities today, including speculation about UFOs, extraterrestrial spacecraft and secret advanced U.S. space activities.

But maybe a circle is not the right metaphor to describe human advancement in space travel, overall technological progress and our understanding about humanity’s place in the universe.

After all, this story is not over. It is still unfolding. It seems to be on some kind of trajectory that is challenging to imagine. What will the future bring for humanity in our exploration of space?

Undoubtedly new knowledge and understanding will continue. New theories about how the universe works are already creating mind-expanding paradigms about multiple dimensions as well as different views of time and space, matter and energy, science and spirit.

And space travel will continue to be a key part of scientific and technological progress as well as help us get a better viewpoint about Earth and humanity. From up in low Earth orbit, or even from a perspective further away, this small blue planet seems like a wonderful lush oasis.

If only we could make our planet really so wonderful in all ways for all humans and the other diverse plant and animal life here. We have a way to go in that regard.

As we step back, or out, through space travel, we surely will continue to get an expanded consciousness and a better understanding of ourselves and Earth.

And soon, more people will have this opportunity. A company called Space Adventures is already planning to book seats on Boeing’s new CST-100 spacecraft that will transport crew and cargo to the International Space Station and new commercial space stations being developed. These commercial space stations will also allow guest astronauts to enjoy extended stays in low Earth orbit.

What other kinds of space adventures might be coming our way? How big is your imagination?

So, the journey from Orville and Wilbur’s bicycle shop in Dayton to wild theories about UFO visitation continues.

The seemingly endless universe around our planet is still a huge mystery in many ways, even though human knowledge has advanced tremendously. And here on Earth, amazing discoveries about Mother Nature also continue to further our understanding.

Even closer to home for all of us, the human mind and human consciousness may be one of the biggest mysteries of all, and be the source for great new discoveries.

Human consciousness cannot be looked at separately from these other scientific advancements and possibilities. Because we are part of this universe, part of the mystery and the adventure of discovery.