UFODigest.com » Aliens and UFOs » Roswell » If Roswell was extraterrestrial crash, can more details be released? 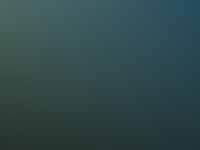 What if the incident in the Roswell, New Mexico, region in the summer of 1947 actually was a crash of an extraterrestrial craft with deceased and live “extraterrestrial biological entities (EBEs)” aboard?

What if it was not a weather balloon and not an experimental high-altitude device with crash dummies inside? What if it was not a Russian psychological operations (PSYOP) plot as an Area 51 scientist says he was told, and is reported in the new book by writer Annie Jacobsen?

There seem to be significant reliable indications of various kinds that the Roswell case is based on a very unusual event that was deemed to be very important at the time and in subsequent decades … up to today.

Does the Roswell incident explain all of the UFO sightings that have been reported over the years? Or, is it just part of the overall situation that could be quite complex?

Is it all good news? Maybe not.

Additionally, other research into unusual or anomalous phenomena is not specifically linked to UFOs, but may be related in some way.

These possibly-related kinds of studies include new and different views of space, time, wormholes, star gates, multiple dimensions and other forward-leaning scientific theories that could change our view of reality and Nature.

Edge-science topics such as extrasensory perception (ESP) and theories about an afterlife also might play a part in the overall scenario that could be related to extraterrestrial visitation – or visitation by other anomalous intelligent beings.

The impacts on human society of such new knowledge could be quite valuable, according to some researchers. The development of humanity could be helped quite a bit by accessing advanced knowledge and understanding, they say.

Yet, the dangers of one population interfacing with another technologically-advanced group of beings can have negative consequences, many people have pointed out.

A common example is the way Native American Indians were affected by the arrival of Europeans. The many tribes had their own unique experiences with these strange visitors from faraway. But, in most cases the Indians’ land was taken, their cultures damaged and they were killed directly by the newcomers’ weapons or by European diseases.

Some researchers say this is a lesson we should learn well when thinking about extraterrestrial visitors.

Can we see the forest for the trees?

Many qualified researchers seem to be trying to find out more about these kinds of leading-edge subjects. They report their findings in books, TV shows and other communications platforms. These all probably contribute to our understanding in one way or another – though figuring out what is true can be challenging.

Fantastic stories in movies and fictional works also can contain very helpful information that advances our orientation and acclimation about unconventional situations. They can help our situational awareness.

The new movie project “Majic Men” about the Roswell case looks like it will also be informative and fun. The tentative title is based on the rumor that “MAJIC” was shorthand for a group and was also a security category for U.S. government activities handling the extraterrestrial situation.

“Majic Men” may join the ranks of other successful movies and media projects about aliens, edge-science and anomalous phenomena. Maybe audiences are attracted to such works because people sense that there is some good open-source intelligence (OSINT) to be had – maybe even intelligence information that can benefit them and their loved ones directly and personally.

There seem to be indications that human consciousness and the understanding of it are making progress. If significant progress can be made in these fields, then it is theorized that many other areas of life on Earth (and maybe elsewhere) can also be improved significantly.

Steady progress and safe release of information on certain subjects are probably good ways to proceed. That said, a breakthrough once in a while might also be helpful and inspiring.

Maybe the recent media and public attention to the alleged Roswell incident in the context of other factors will contribute to such a breakthrough in human consciousness.