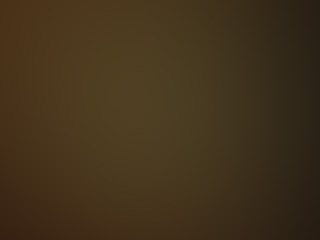 Special Note: I will call these swords – The Swords that Protect the Dimensional Doors.

Something I don’t like talking about, but I will right here in this article. I had two incidents in which I felt like I did some interdimensional traveling. One incident in 1988, in which I was traveling from San Francisco to Sacramento. While driving to Sacramento on 880, the town of Vacaville no longer existed. I should have drove right through this town and never did and kept wondering inside my head…”where is Vacaville?” Another odd thing was that this trip should have taken me about an hour and 29 minutes according to Mapquest. I have never made San Francisco in 1 hour and 29 minutes. Traffic is always bad, it would usually take me 2 hours and 30 minutes. Going back home, I was back in Sacramento within 1 hour. I could never figure out how I went from San Francisco to Sacramento within 1 hour. Some how I gained 1 hour and 30 minutes. This is something that is impossible to do.

DEANNA TALKS ABOUT HER INTERDIMENSIONAL EXPERIENCES
One time my step-mom and I were driving together when I was a child. We were passing roadsigns and looking at them when we came across a town called Secret and we laughed because it was so funny for some reason. We saw that on the boards every time that we passed this road sign with the miles left to go that the numbers would be all wrong. It went up and then down and then by the time we were so intrigued, miles and miles later…It was just gone.

One time when I was about 20 I noticed in my apartment that I kept hearing the sounds of bells, like the kind that you can hear ringing on Christmas. So, I walked all through my house searching for where the sound was coming from. Every time that I would open a door, I thought I could hear large feathers flapping and I noticed the temperature would drop severely so that I would have the chills all over. Than, I would close the door and hear the sound in the room again so I would go to look and it would be warm again and the sound would travel to another room and than it was happening in multiple rooms at the same time.

When I had my vampire experiences, I sometimes wonder if I was walking into another dimension where they existed because when they were around it seemed like everything was different, the energy would just seem to lift as if in ascension with another place. Of course, it would always happen late at night and also the moon seemed like it was closer than normal all the time.

Thank you Deanna for sharing your experiences. There is a 1947 FBI document that exists that explains there are interdimensional beings right here on Earth and that their ethereal world is linked to our world. When these interdimensional beings arrive at our vibration, they will naturally materialize. According to legend, 13 beings arrived to Earth in 3000 BC and they made claim that they were from space between space. Another dimension? These beings taught the Ugha agriculture and irrigation. The Nazca lines were dedicated to these 13 dimensional beings. The Nazca saw these 13 beings as gods.
The Nazca lines were in honor of these 13 gods, in fact the Nazca would wrap their children’s heads with rope, so that their children’s heads would grow in deformity, they would be elongated like their god’s heads. It was said that these 13 had a hive mind, they would all think as a singular being. The 13 would reside at the Temple of Akator.

So, as you can see the idea of interdimensional beings has been around a long time. Let’s look at some cases on interdimensional incidents. In 1954, a man arrives at the Tokyo International Airport and he has all of the documents necessary to show that he was from the country of Taured. When questioned by the authorities, the man stated that Taured has been around for a thousand years and pointed on the map that Taured was in between Spain and France. The confused authorities became even more confused when they discovered checks on this person and the checks indicate they originate from an unknown bank from the country of Taured. On the VISA it shows stamping from other countries that are known, but the passport originates from Taured. The only thing the authorities could do was detain this man in a hotel room, not allowing him to leave, until they can get this situation sorted out. When opening the hotel room door in the middle of the night, the man vanished. There was no way he could escape, there was only one hotel window and he would have fell from a 15 story height.

Another interdimensional incident is where a man claims he walked into another dimension and discovered that the Beatles were still together and all of the Beatles were alive. The produced a record called Everyday Chemistry and he brought back a tape cassette that had all of the songs from Everyday Chemistry. A lady claimed she traveled to an alternate reality of Riverside. Pedro Oliva Ramirez traveled from Seville, Spain to Alcala de Guadaira and found himself in another dimension, things were different in this dimension, but they were similar. A couple of girls in Utah traveling on a black asphalt road, saw the road turn white and before they knew it, they were in another dimension where cars were oval shaped. They were terrified from this experience.