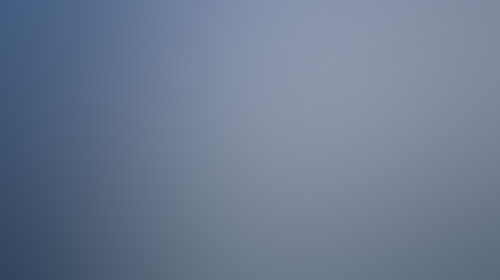 SHANGRI-LA IS SHAMBHALA – VORTEX TO ANOTHER DIMENSION

Nepal is right next to Tibet. Legend has it that there is an interdimensional vortex in Tibet. This vortex has introduced the world to the legendary Shambhala, that also inspired the legendary Shangri-La. Below are comments that are credited to various news agencies, Wikipedia and me.

Shangri-La is a fictional place described in the 1933 novel Lost Horizon by British author James Hilton. Hilton describes Shangri-La as a mystical, harmonious valley, gently guided from a lamasery, enclosed in the western end of the Kunlun Mountains. Shangri-La has become synonymous with any earthly paradise, and particularly a mythical Himalayan utopia. In the novel Lost Horizon, the people who live at Shangri-La are almost immortal, living years beyond the normal lifespan and only very slowly aging in appearance. Special Note from Paul: Ancient aliens, angels and other extraterrestrial beings are known to have a long lifespan. Ancient man according to our own Bible would live for hundreds of years, even thousands of years. The word also evokes the imagery of exoticism of the Orient. In the ancient Tibetan scriptures, existence of seven such places is mentioned as Nghe-Beyul Khembalung.

Some scholars believe that the Shangri-La story owes a literary debt to Shambhala, a mythical kingdom in Tibetan Buddhist tradition, which was sought by Eastern and Western explorers.

NOW TO THE PRESENT TIME:


Could a US Military Helicopter have vanished because of the interdimensional portal near and around Shambhala? Read on:

Crews are continuing the search for a missing U.S. military chopper and its eight passengers after it vanished Tuesday somewhere in the cloaked and craggy Himalayan hillside of Nepal.

But there remains no contact from the UH-1Y Huey, military officials say, even though the helicopter was equipped with a GPS device, radio and emergency beacon. Its unexplained disappearance has left even experienced helicopter pilots perplexed. “It’s baffling,” retired Army helicopter pilot Jim Weatherill told NBC News on Thursday. “Why isn’t the emergency beacon transmitting a frequency to where they might be?”

The Huey vanished late Tuesday night following a magnitude-7.3 aftershock that rocked Nepal earlier that day, killing at least 96 people. The chopper was on its way to deliver aid in the hard-hit district of Dolakha, east of Kathmandu. Six Americans and two Nepalese service members were on board.

Defense Department officials have said there were no reports of smoke or a loud bang indicating that the aircraft crashed. Two Marine MV-22B Osprey tiltrotor aircraft have been combing a search area.

Army Col. Steve Warren, a Pentagon spokesman, said a helicopter from India reported hearing about a possible fuel problem with the Huey. The Marines had just dropped off their supplies in one location and were on their way to a second stop when they lost contact.

HISTORY OF THE DRAGON’S TRIANGLE?

The Devil’s Sea , also known as the Dragon’s Triangle, the Formosa (Taiwan) Triangle and the “Pacific Bermuda Triangle”, is a region of the Pacific around Miyake Island, about 100 km south of Tokyo. The Devil’s sea is one of 12 Vile Vortices, originally plotted by Ivan T. Sanderson. The size and area varies with the report (the only reports stem from the 1950s), with various reports placing it 110 kilometres (68 mi) from an unspecified part of Japan’s east coast, 480 kilometres (300 mi) from the coast, and even near Iwo Jima, 1,200 kilometres (750 mi) from the coast.

This area is said to be a danger zone on Japanese maps, according to Charles Berlitz’s books The Bermuda Triangle (1974) and The Dragon’s Triangle (1989). He states that in the peacetime years between 1952-54 Japan lost 5 military vessels with crews lost totaling over 700 people and that the Japanese government sent a research vessel with over 100 scientists on board to study the Devil’s Sea, and that this ship too vanished; and finally that the area was officially declared a danger zone.

According to Larry Kusche’s investigation, these “military vessels” were fishing vessels, and some of them were lost outside the Devil’s Sea, even as far away as near Iwo Jima, 1000 km to the south. He also points out that, at that time, hundreds of fishing boats were lost around Japan every year.

DID MALAYSIA AIRLINES – FLIGHT 370 DISAPPEAR OVER THE DRAGON’S TRIANGLE?


Malaysia Airlines Flight 370 (MH370/MAS370) was a scheduled international passenger flight that disappeared on 8 March 2014, while flying from Kuala Lumpur International Airport near Kuala Lumpur, Malaysia, to Beijing Capital International Airport in Beijing, China. Flight 370 last made voice contact with air traffic control at 01:19 MYT (17:19 UTC, 7 March) when it was over the South China Sea, less than an hour after takeoff. The aircraft disappeared from air traffic controllers’ radar screens at 01:21.[3][4] Malaysian military radar continued to track Flight 370 as it deviated from its planned flight path and crossed the Malay Peninsula. Flight 370 left the range of Malaysian military radar at 02:22 while over the Andaman Sea, 200 nautical miles (370 km; 230 mi) northwest of Penang in northwestern Malaysia.[5]:3[6] The aircraft, a Boeing 777-200ER, was carrying 12 Malaysian crew members and 227 passengers from 15 nations.

A multinational search effort began in the Gulf of Thailand and the South China Sea, where the flight’s signal was lost on secondary surveillance radar, and was soon extended to the Strait of Malacca and Andaman Sea. Analysis of satellite communications between the aircraft and Inmarsat’s satellite communications network concluded that the flight continued until at least 08:19 MYT and flew south into the southern Indian Ocean, although the precise location cannot be determined; Australia took charge of the search effort on 17 March, when the search shifted to the southern Indian Ocean. On 24 March 2014, the Malaysian government, noting that the final location determined by the satellite communication is far from any possible landing sites, concluded that “flight MH370 ended in the southern Indian Ocean.” The current phase of the search is a comprehensive search of the seafloor about 1,800 kilometres (1,100 mi) southwest of Perth, Australia, which began in October 2014. Despite being the largest and most expensive search in aviation history, there has been no confirmation of any flight debris, resulting in speculations about its disappearance.

From Paul: How is it that a large airline like Flight 370 disappear without leaving any kind of trace of wreckage or bodies? With the huge search party and large areas of search, something should have turned up. How can a 21st military helicopter disappear in Nepal? With all of the advanced tracking devices that this helicopter is equipped with, we can’t get a reading on its location. How is this even possible? Is there a UFO / alien connection? On average, 90,000 people are missing in the USA at any given time, according to Todd Matthews from the National Missing and Unidentified Persons System, or NamUs, a national database for missing people. Some of these people never turn up ever again. I am talking about missing people in the USA, now if we looked at statistics for missing people every year throughout the world, you are talking millions. Where are all of these people going? Why do some UFO abductees say that they see other people on board Mother Ships? Why is this information being suppressed from us? What does the military and our government know?

Is the government trading off extraterrestrial technology with aliens and allowing them to abduct us for experiments, harvesting or propagation for other worlds? What’s really going on? Please if you have the answer, I want to know!


5/12/2015: Log In: Time of Call: 1430 Hours. Type of Call: Paranormal Hotline. Name of Caller: Leban Chron. Location of Call: LaGrange, Missouri. Situation: Almost on a nightly basis, Leban has visions or nightmares of a basket that is being lowered from his bedroom ceiling. Inside the basket is an Asian woman with a small frame. At first she is attractive, but then she will look hideous, she will look demonic. In the morning, Leban will have scratches on the lower part of his abdomen. Leban believes that he acquired this demon from a witch in Thailand. His story continues. While Leban was stationed in Korea, he did some R&R in Thailand, being a single guy he went to a massage parlor in Bangkok. At the parlor he hired 3 women for a “Spin the Basket”. Two of the women will lie on the bed with Leban and accommodate him sexually, causing arousal. Then the ladies will lower the basket and inside the basket is a gorgeous small framed Asian girl with her legs lifted in the air inside the wicker basket. The basket has a hole on the bottom. The basket is gently lowered upon the man. There is plenty of lubrication, then after the basket is lowered on the man, the 2 girls will spin the basket. They will continue to spin the basket, until the man has reached climax. Leban experienced this pleasure and when he departed, he took the money from the counter that he gave to the 3 ladies. When one of the ladies discovered what Leban did, it was too late, Leban was out the door and in the crowded street. One of the ladies that Leban remembers had a strange tattoo on her face. Leban says that the tattoo reminded him of the occult because the tattoo had a goat’s head and an all-seeing eye. Leban believes that this lady-of-the-night was a witch and placed a curse on him. Special Note: I am having Leban get a full submersion baptism. He agrees to the baptism.

Special Note: Customs are very different in Asia. In the Philippines and China, they are known to eat dog. When I had dinner with this one family in Korea, they served me Bulgogi over rice. It was so delicious. At some point of time, the Korean family started laughing at me, I asked them why were they laughing at me and the mother says: “you eat dog!” The family served me dog without me knowing about it. It was my last dinner with this family. Another time in Korea, my buddy bought his girlfriend a puppy. Two weeks later we went back there and the boyfriend asked his girlfriend where the puppy was and the girlfriend says: “I eat puppy!” Her boyfriend was devastated with the news and found her disgusting, he left her for another woman. In Eai-Tai-Won – I ate ‘chick-on-stick’. It was my initiation for being in Seoul, Korea – Yongsan Barracks. My fellow soldiers took me to a freelance vendor that had baby chicks in cages behind him. To the left of the vendor was a pot of boiling oil. One of the soldiers orders the chick-on-stick for me. The vendor grabs a chick from the cage and impales it with a stick. He instantly takes the baby chick and dips it into boiling oil. When he pulls out the cooked chick, he seasons it and dips a bit of the chick in ketchup and hands it over to me.