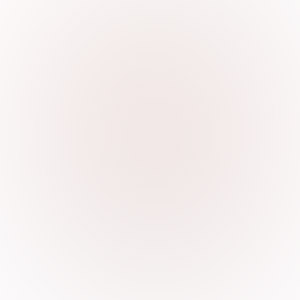 Technology by itself is neutral, it’s how it is used that makes it good or evil. A plus is that a lot of information can be gathered and research can be done in a short period of time. On the other side of the coin is the loss of privacy, identity theft and various do gooders gathering information to possibly compromise others. Various agencies acting much like Big Brother or the Thought Police could very well be operating behind the scenes checking for what they consider thought criminals.

I was reading Techno Creep by Thomas Keenan. He was describing people talking to human looking computers regarding personal matters. One example has a person entering a confessional booth, kneeling before a computer and going through the process of a Catholic confessional. Keenan went on to write that “the computer gave each user an appropriate penance to do for their sins.” A computer called BINA48 was very human like in looks and mannerisms as was mentioned in Keenan’s book. I have to start looking closer at who or what is walking by me these days. It sounds like having one foot in hilarity and the other one in a parallel universe.

It’s apparent that the line between computer capabilities and human technology is getting blurred. Has the day come that computers do our thinking for us? What has happened to learning how to think?

Like in other areas in life, technology has become another field where one doesn’t know who or what to believe anymore. Is what you’re hearing a complete fabrication or just another half-truth? The entire mainstream media is bad for this. Having a skeptical attitude and using common sense is essential. No longer are we running technology as it has been controlling us for some time now. We’ve been hit forwards, backwards and sideways for too long now by technology to say otherwise. The day is upon us that the individual may very well cease to exist resulting in being little more than a cell or number in the State body as described in Orwell’s book “1984.”

At one time we, as a species, were on the cusp on where we could go with the technology we have at hand. Almost at the point of no return we getting deeper and deeper into a repressive society, totally controlled by bureaucrats who are being controlled by those in boardrooms. Nothing is stopping them from using the various technologies to take away all the liberties, freedoms and privacy we took for granted and were hard fought for. Yet there are those who believe we can create a utopia of some kind that is an open, democratic society where we can enjoy the advantages of current and upcoming technology. But the truth is that we are slipping very quickly into the dark side of what is being done. I’m not optimistic of us turning things around any time soon as too many of us are asleep at the switch. We need to wake up, learn how to think and take responsibility for our own lives.

Somehow whistleblowers have become the enemy. It would be incredible to hear government admit to the amount of deceit they’ve been up to over the years or cut back on their tax payer funded pensions. I would like to hear the National Security Agency say they have better things to do than do extensive surveillance on the general public.

Our problems with invasive technology and 24/7 surveillance aren’t going away soon. Are we capable of changing the situation or will people become little more than cogs in the machine or bricks in the wall? What other options do we have? Even moving deep into the woods may not help that much as overhead drones and satellites can pinpoint exactly where a person is at any given moment.

If you would like more informaiton or to purchase this book through AMAZON.COM simply click on its title: https://www.ufodigest.com/sites/default/files/field/image/techno-creep.jpg