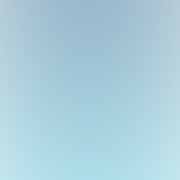 When I was quite young I was taught about mysterious things.  Things a kid of my age would normally know nothing of I would sometimes talk about.  My parents would be astounded that I knew of these things for they had never spoken of them.  I quickly learned it was better not to speak of such unknown things and most certainly not to say too much about my companion who taught me about them.  For, you see, my companion was invisible to my parents.

At first they thought it was cute that I had made up an unseen playmate but when I started telling them some of the things he told me they quickly became uncomfortable about the idea.

I think the above scenario plays out in many children’s lives.  These so-called invisible playmates are, of course, quite real and most probably parents also had them when they were children.  But, alas, the years of materiality and logic have blotted those memories from their mind.  How sad that truth is!

Of course, some of us never fall completely into that trap.  Our consciousness remains open to such things as the unseen worlds and instead of forgetting about our childhood “friends” we add more.  Nature spirits, angels, and ascended masters may all become part of our unseen family.  They visit us and we visit them.  We learn about things that the “normal” people have no concept of.

And no one knows…unless we decide to write something about it.  Then we’re often regarded as strange or weird.

Ah, but we know better.