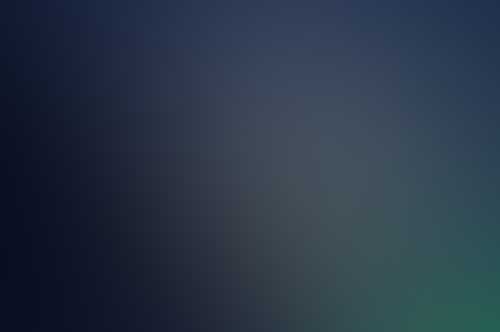 As scientific theories, popular discussion and significant indications about the possibility of other dimensions in our universe become more accepted, many people point out that unidentified flying objects (UFOs) could be several different kinds of phenomena possibly related to multiple dimensions.

However, some of these flying objects may very well be extraterrestrial spacecraft, some type of vehicles or other anomalous phenomena.

When certain objects like this are repeatedly tracked on radar and observed by very reliable witnesses (sometimes multiple witnesses), it seems reasonable to accept this possibility.

In a “multiverse” that we might be living in, there are many possibilities to wonder about. Could some UFOs come from other natural dimensions? Such other dimensions could be hidden from us though elements of physics and Nature that we do not fully understand.

Because of the probability that some kind of intelligent other beings are involved, we could also wonder if they are friendly and good, hostile and evil or something altogether different that would be challenging for us to understand.

And, could some of the beings not be biological, and some of the flying objects not solid, but be some sort of energy or quantum form?

Are some UFOs part of Heavenly energies?

Credible studies on the “near-death experience (NDE)” from a number of researchers have resulted in strong indications that there may be an afterlife or some other dimension that humans have often referenced in spiritual traditions.

Seemingly related to the NDE phenomena, in 2008 the Baylor University Institute for Studies of Religion made public the results of a survey that many people found surprising. More than half of people polled believed they had been helped by a guardian angel during their lives.

Interestingly, one in five of the people who responded identified themselves as not being religious.

The survey of 1,700 people also asked questions about various religious topics. Fifty-five percent of those surveyed agreed with the following statement: “I was protected from harm by a guardian angel.”

Agreement with the statement was consistent across educational levels, geographic region and religious denominations, according to Christopher Bader was the director of Baylor poll.

Bader said in a TIME magazine article, “If you ask whether people believe in guardian angels, a lot of people will say, ‘sure.’ But this is different. It’s experiential. It means that lots of Americans are having these lived supernatural experiences.”

He added that the amount of people reporting saying they believed they were protected by an angels was “the big shocker.”

The same TIME article also quoted Randall Balmer, chairman of the religion department at Barnard College in New York. Balmer stated that the Baylor survey reflects that “Americans live in an enchanted world” and that “There is much broader uncharted range of religious experience among the populace than we expect.”

In another response to the study, an ABC News article quoted Rodney Stark, a professor of social sciences and co-director for studies of religion at Baylor. Stark said, “While I knew there were a lot of people who had such [beliefs in angels], I wasn’t prepared for the frequency of it.”

FROM SEDONA TO HEAVEN

In my novel “Mission Into Light,” I explore the ideas of NDEs, another dimension and encounters with beings who reside there.

The incident involves the main character, Mike Green. On an operation in the Red Rock-Secret Mountain national wilderness area north of Sedona, Arizona, with the San Diego-based 10-person U.S. Joint Reconnaissance Study Group, Mike is shot by a sniper or snipers hidden on high ground and is hit in the leg. Another bullet grazes his skull.

He instantly looses consciousness, falls to the ground and starts loosing significant amounts of blood. Other team members immediately start first-aid for Mike and another wounded teammate.

Meanwhile, he has a near-death experience:

Slowly, Mike’s awareness returns. He is disoriented. He looks below and sees his own body, unconscious and bleeding profusely from the leg and head. Another member of the group is bloody from his shoulder down to his hand, the arm of his shirt soaked with blood.

He sees his friends pinned-down by two snipers below him. Below him? Where is he? Had he somehow gotten to a high point along the cliffs?

Mike sees his Uncle Jack directly below him, firing bursts from his automatic weapon and pulling more ammo clips from his pockets.

Near Jack lies Mike’s own body. Jack picks up Mike’s body, throws him over his shoulders and tries to make his way down a hill, which Mike watches from above.

Slowly, the green forest below him fades from Mike’s view. Darkness comes over him.

Then, a point of light becomes visible on the horizon. He is being drawn toward the point of light, first slowly, then more quickly, as if he were shooting river rapids in a canoe. The point of light draws closer and Mike finds himself in a tunnel of beautiful golden light.

Ahead, he can see figures that seemed to be people. As he flows closer to them he can make out four beings. They seem to be waiting for him as he comes closer and closer.

Then, he finds himself surrounded by the four figures. He knows them. They are his four grandparents and they embrace him. They passed on many years ago, though were a big part of his life when he was a kid. The five seem to float in the light. His grandparents communicate with him in unison.

They tell him, “Yes, Mike, this is the land of the Great Spirit. It is the beautiful place that many religions and philosophies have always taught.”

“There is constant rejoicing and peace in this land. But we feel sadness at the hardships faced by our people in your world. And we feel a longing to help the people there.”

“There are groups of beings who want to bring the two worlds together, to make Heaven and Earth one place. There are efforts underway to accomplish that very mission.”

“That work is proceeding. One day soon, that miracle will come to pass, and there will be a great celebration, a great happiness among all the people.”

“You, Mike, must return to the other world, and tell your family and friends about what you have seen.”

“We have one more thing to show you, something you have a need to know.”

Then, they help Mike take a fantastic journey into deep memories in his DNA, or maybe it is time travel into the ancient past of the Cherokee people in their Smokey Mountain homeland, or maybe both simultaneously. He learns some amazing things.

After this experience concludes, he finds himself with his grandparents again.

“Mike, you must now return to the other world. You still have many more seasons before you join us here in the Spirit land.”

They embrace him again, with happiness. Slowly, the golden light begins to fade and Mike is moving back through the tunnel of light. He sees his grandparents waving good-bye to him until they fade from his sight.

The light grows dimmer and dimmer until it is only a point on a distant horizon. And then, darkness.

Mike’s next sensation is the sound of other people talking. He opens his eyes and sees a hospital room in Sedona, his friends gathered around his hospital bed.

He tries to tell about his experience.

“I was floating above the fight at the canyon, watching you scrambling for safety. I saw my own bloody body being carried by Uncle Jack down the rocky path away from the snipers.”

“A tunnel of golden light led to the land of Spirit … It wasn’t a dream.”

“I was in the golden light, and saw my grandparents.”

The others listen carefully as Mike tries to recall details of his journey and his meeting with his grandparents.

After he finishes his story, Mike looks closely into the faces of the friends around his bed. Some of their eyes are wider than usual. Some are expressionless, though a smile can be seen in their eyes.