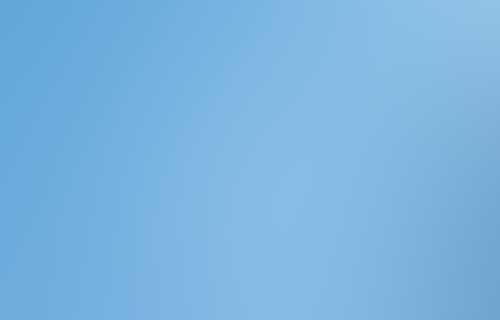 Citizens who witnessed something that appeared to be unusual in the sky over the Chelsea area of New York City on Oct. 13, 2010, do not seem to agree on what they saw.

However, one witness was quoted as saying he thought the object or objects seemed to resemble “a jellyfish made of lights.”

This description may be significant.

Tim Powell, 28, was quoted in media reports as saying the objects were “the most bizarre thing I’ve ever seen.” Powell reported, “It looked like a jellyfish made of lights that just hovered in the sky like it wanted to be seen.”

There have been witnesses in other cases in the UK, Texas and Ohio in 2008 and 2009 where witnesses described an appearance of an object that looked like a “jellyfish,” “octopus” or something with “tentacles.”

In past cases, some witnesses thought this seemed to look like something organic or living.

However, researcher Ray Stanford, a pioneer in studies of UFOs by use of optical and electronic instrument systems, said about previous similar UFO reports in the UK and Ohio in 2008 and 2009 that, “Although some UFO-generated physical phenomena may, through human mind’s ever-interpreting ‘lens,’ look ‘organic’ (as though what was observed is something alive), that absolutely is not the case.”

According to Stanford, this tentacle-like effect is “most often and readily visible when a craft is either slowing down or moving very slowly over an uneven surface.”

Stanford had noted that a case of a UFO’s “tentacle” appearance reported over a wind turbine farm near Conisholme, England, on Jan. 4, 2009, may have been “constantly changing, torque-generating plasma beams” related to an exotic propulsion system.

He proposed that the “jellyfish” or “octopus” visual effect could actually be what is called a “magnetoplasmadynamic” or “magnetohydrodynamic (MHD)” field.

In certain UFO sightings, Stanford stated witnesses often see a “pulsing” visual effect associated with some anomalous objects but the “jellyfish” appearance is not the object itself. He has even seen this effect himself and filmed it several times, he said.

What are these objects seen by multiple reliable witnesses? The recently-published book “UFOs: Generals, Pilots and Government Officials Go on the Record” by journalist Leslie Kean and the upcoming book “A.D., After Disclosure: The People’s Guide to Life After Contact” by Richard Dolan and Bryce Zabel may shed light on these kinds of interesting situations.

Is this the “jellyfish” visual effect?

The Conisholme case in the UK occurred near a 213-foot-high wind turbine. The UFO was described by witnesses has having “tentacles of light,” the Guardian newspaper reported.

Local resident John Harrison stated he saw a “massive ball of light with tentacles going right down to the ground” above the nearby wind turbine farm on Jan. 4, 2009. “It was huge. With the tentacles it looked just like an octopus,” he was quoted as saying by the UK newspaper The Sun.

His description was similar to that of a local peace officer in the Stephenville, Texas, area who described a UFO he saw on police video in January 2008 as appearing like a “jellyfish.”

In another case, a woman in central-eastern Ohio saw a large orange glowing object in the sky near her house in the early morning hours of Nov. 2, 2008. She said it looked like an “amoeba” and it changed shape as it moved at a low altitude above the trees.

Similarly, in the early morning hours of Oct. 23, 2008, an Ohio truck driver, reportedly with a background in military aviation, said he saw a glowing yellow and white object that “seemed like a biological shape” and “organic” above the tree line in eastern Ohio near the Ohio River. He also said it resembled a “cocoon.”

In another UK case, a resident in Wimbleton posted feedback on a local media website of The Guardian newspaper. The resident reported an object that he said looked like “a large bright pink jelly-fish looking object surrounded by a pink haze.”

He wrote “Until this morning I was skeptical about UFO sightings. I looked out my flat window (in Wimbledon) this morning over towards Merton way and to my surprise notice a large bright pink jelly-fish looking object surrounded by a pink haze. it appeared to be hovering over or above the pylons in the distance.”

According to researcher Stanford, “The ‘jellyfish’ phenomenon (contracting and expanding at a rate highly reminiscent of a jellyfish pulsating in water) was first filmed (8 mm daylight movie) by me at 12:55 in the noon hour of Sept. 18, 1956.”

He remembers the incident. “Three of us there about 1/2 mile from ‘Giant Rock’ [in southern California’s Mohave Desert] each saw the phenomenon surrounding the descending craft, until two jets from Edwards Air Force Base chased it away. And even as we watched, we compared it to each other as looking like a jellyfish pulsing in water.”

However, Stanford and his associates believed they knew what the appearance meant. “Fortunately, we had enough background in science that we realized it was really a pulsating magnetoplasmadynamic (some use the term ‘magnetohydrodynamic’) field, visible due to light-emitting plasma (and/or, simply ions) contouring the object’s magnetic field.”

Stanford also noted that, “The pulses, per se, occurred mostly during the aborted descent. How so? I asked Dr. Jean-Pierre Petit about that during the 1976 CUFOS [Center for UFO Studies] conference in Chicago. I spoke there about my project’s studies of UFOs using optical and electronic instruments at Dr. J. Allen Hynek’s request.”

“Petit was taking questions during his very important presentation titled ‘Magnetohydrodynamic(MHD) Aerodynes’ (See pages 201-233, Proceedings of the 1976 CUFOS Conference). Had UFOlogers at-large studied Petit’s paper, they could be much farther along in understanding UFO propulsive physics,” Stanford explained.

Stanford added, “It looks as though a craft is breathing, but that is only an interpretation the human mind makes in searching for analogs. In such case, it is a big misinterpretation. Likewise for the ‘tentacles,’ which are really only constantly-changing, torque-generating plasma beams.”

“But, they can bend under the ‘Lorentz force’ and other forces which are most often and readily visible when a craft is either slowing down or moving very slowly over an uneven surface,” he said.