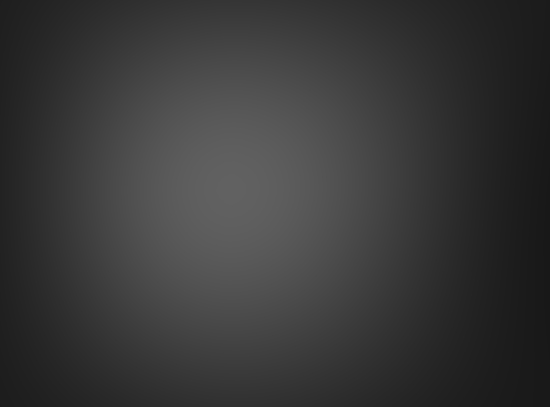 Like all government “spy assets,” Oswald apparently carried his share of the undercover and espionage load, running chores, hiding codes, exchanging intelligence information, and servicing a bioweapon to be smuggled into Cuba. Oswald did various “duties” that he surely felt were of value to his “handlers”; especially in a CIA/FBI/Mobster encrusted city as New Orleans (Oswald was not foreign to this world of intrigue, as his Uncle Charles “Dutz” Murret was an illegal bookkeeper for Mobsters Carlos Marcello and Sam Saia [p. 147]). Judyth saw in Guy Banister’s secret files that David Ferrie and Oswald “were engaged in real anti-Castro and anti-subversive projects, albeit secret ones, which were sponsored by the U.S government.”  (p. 174.)

Oswald, at some point in the underworld meanderings of point-counter-point, deemed his life had become expendable. His vulnerability surpassed Barker’s argument (pp. 157, 276) that Oswald couldn’t have killed Officer J.D. Tippit; it surpassed the argument that Oswald could not have been on the sixth floor of the Texas Book Depository at the time of the Kennedy shooting (p. 558). It also surpassed the point that many people in his life, such as George de Mohrenschildt and Ruth Payne, had CIA connections (pp. 392, 491). Oswald knew his life was in danger (pp. 505, 520).

If you missed PART I in this series click here: https://www.ufodigest.com/article/synchronisms-1025

“I was supposed to spy on the project for the CIA to keep everybody honest,” said Oswald. “And then, all other little things they’ve had me do, such as those pro-Castro stunts…they’ll kill me just to get rid of me.”

Barker, as lover’s would, was aware that Oswald had penetrated the “heart of the groups in New Orleans who were serious about killing Kennedy…(as well as) an elite circle of even more powerful men, mostly from Texas, composed of politicians, whose fanatical patriotism was mixed with monetary ambitions and a lust for power.” (p. 419.)

Oswald was deliberately enmeshed in two operative teams: one to shoot Kennedy, and one to “abort” the event. The complexity of such an operation boggles the imagination (p. 519).

CALLED FOR A PERSONAL STUDY

Only after a serious study of the book with its plush, intimate facts and comments–in their entirety–taken in detail and systematically–will readers come to appreciate and understand the complex threads of conspiracy.

Barker could possibly–the same as Oswald–have been selected for the destiny they entered at an early age, and perhaps it was more than coincidence that they met in New Orleans (“I was useful because I was almost untraceable, since I wasn’t a doctor yet…,” p. 182).

David Ferrie had spoken of such projects that involved human control:

“…he had more to tell us about mind control and the experiments on people, frequently without their knowledge,” said Baker. “Yes, American citizens were being used as guinea pigs by their own government.”

“These things never die,” said David Ferrie. “It’s an iron-clad law that it takes more energy to stop a government program than to start one. This is self-perpetuating.” (p. 217.)

The prospect that the inner-workings of men and society have become victim to hidden and minute control from sinister forces should have frightened us all.

Judyth Barker discovered numerous scandalous and false accusations against her on the Internet and in the media; she has attempted to answer and correct as much of the criticisms and attacks as she could over the years. The extensive coverage of those rebuttals was beyond the scope of this article, but some websites (out of a multitude) were available:

Jeffrey Holmes, 2010:  “Far be it for someone to actually read the book before writing a review.  Do the research, as I have, and you will begin to see the whole picture here.

“I am a New Orleans researcher and own a tour company, after doing extensive legwork for a number of years it becomes quite clear as to what was happening in New Orleans in the early 60’s.

“When it comes to facts, Me & Lee and Dr. Mary’s Monkey are both historical documents that help fill out the truth behind the assassination of JFK.  Do yourself a favor and be a true investigative journalist, although you may not like what you find.” 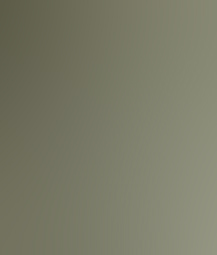 Judyth Vary Baker said: “I was told to keep my mouth shut if I wanted to stay alive, and I did so for decades; but I finally realized that if I did not speak out during my lifetime, I would have no way of defending the book. I had decided to go to the grave, originally, with what I knew, and to simply let my son publish the book posthumously. Then I would not have to battle the forces that could (and did) ruin my life.

“However, two factors came into play to change my mind about going to the grave before this vital information about Oswald was released to the public: 1) my son was unaware of the milieu in New Orleans, and in the nation, in 1963, and, worse, knew almost nothing about the lies and falsehoods circulating about Oswald. He would be unable to defend the book. 2) I realized that he would not understand the value of the materials I had saved from the past, and how they helped me achieve the feat of remembering the conversations. A streetcar ticket dated April 28, for example, would have little meaning for my son, whereas for me, it evoked a host of sharp, strong memories, including key conversations.”

TrineDay publisher, Kris Millegan, said: “The saddest thing is that we have no Fourth Estate today, simply propaganda founts trumpeting books such as Case Closed and most recently Vincent Bugliosi’s Reclaiming History that uphold the highly discredited official story… (his book completely ignores) astounding verifiable historical revelations…the forces and men who killed President Kennedy are still getting away with it.”

A sampling-catalog of a few synchronistic highlights from Judyth Baker’s memoir typified the extent and mystery of the Kennedy fiasco:

#  There were actually “six” tramps arrested in Dallas on November 22, 1963.  One of the tramps was a suspected Chauncey Holt, a mafia asset.  He was one of three arrested but then released without charges.  Holt was photographed in front of the Trade Mart on August 16, 1963 with Lee Oswald. Holt was a disguise artist who made Oswald’s fake IDs.  He worked on CIA projects such as Operation Mongoose (p. 462).

#  “The Texas Theater was owned by (billionaire) Howard Hughes, who had strong ties with the CIA.”  (Judyth Baker) Connected with Oswald’s arrest, a witness reported seeing an “Oswald double” leave through the back door of the theater and entering a police car on November 22, 1963. (p. 537.)

# Over the years a number of researchers had suggested that David Atlee Phillips (CIA psyops expert in Operation Sherwood and PBSUCCESS), alias Maurice Bishop, was involved in planning the JFK assassination. CIA agent E. Howard Hunt named Phillips as a participant in the assassination (p. 521).

#  “Wild Bill” Donovan, a leading American Cancer Society official was also the Founding Father of the CIA. Donovan was also a friend of Alton Oschner (p. 459).

#  Robert Gene Baker, a powerful Washington insider, Billie Sol Estes, a powerful Texas businessperson, and Vice-President Lyndon Johnson, were instrumental in the Assassination.  Hit man Malcom Wallace was involved in eight murders connected to Lyndon Johnson. Wallace’s fingerprint “was found on a box of books stacked in the so-called ‘sniper’s nest’ in the Texas School Book Depository…”  “…later in life, after LBJ’s death, Estes admitted to secretly funneling millions of dollars to LBJ, and that it was LBJ who ordered the murder of President John F. Kennedy…” (pp. 522-523.)

“The pursuit of power is a blood-thirsty game that knows few rules,” said fellow assassination researcher Edward Haslam, “it kills to silence. It punishes those who get in the way. It threatens those who might speak up. Lee was a casualty of this ugly game. His death preserved their secrets.”  (Forward, Me & Lee, November 2009.)

“…if Oswald was not the shooter, then it is questionable if the plotting in the New Orleans actually resulted in the assassination,” summarized investigative journalist Jim Marrs. “The New Orleans plot was real enough, but the true assassins remain masked behind the smoke from the Grassy Knoll…events in New Orleans in the summer of 1963 reveal the murderous interconnections of the major players in the assassination.” (p. 566.)