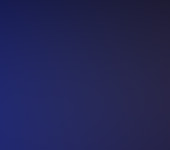 The journalism craft and profession continues to rise to new standards of quality and maturity in the coverage of leading-edge scientific developments, including the uniquely puzzling topic of unidentified flying objects (UFOs).

The most recent incident involving a UFO near a Chinese airport has been covered by ABC News, USA Today, TIME magazine and other credible mainstream media platforms.

These two recent examples are just a few in the continuing story of journalism coverage of the possibility that Earth is being visited by some kind of unusual intelligent beings – or at least that there are some kind of odd objects in the skies being spotted by thousands of credible people, as well as being tracked on radar.

In modern times, we can probably say that a front page article of a small town newspaper in New Mexico on July 8, 1947, was a major step in journalistic coverage of this situation.

On that summer day in the era following World War II, the Roswell Daily Record announced in a large-font headline “RAAF Captures Flying Saucer on Ranch in Roswell Region.”

The story quickly spread through news outlets around the country and around the world.

The commanding general of the Eighth Air Force subsequently informed reporters that the object was actually a weather balloon, and the base intelligence officer and commanding officer of the 509th Bomb Group at the Roswell Army Air Field (RAAF), the only atomic-bomb air base in the U.S., had made a mistake.

Many people now believe that the Roswell Daily Record had the story right the first time.

Some researchers of the UFO subject claim that national security concerns about this situation led to top secret projects and operations to determine if there was a threat, if advanced technologies could be acquired and if diplomatic relations could be established with possible extraterrestrial civilizations.

These projects and operations also may have required that security should be maintained about this sensitive and possibly dangerous scenario. As a result, various strategies were implemented to publicly deny or deflect reports of UFOs that appeared to be intelligently-controlled craft of some type.

Making sure journalists and the organizations they worked for stayed away from or ridiculed the UFO subject could have been part of these security protocols, according to some investigators.

These security measures may have taken on even more importance as additional details about this situation emerged and came to the attention of defense and intelligence personnel tasked with understanding and dealing with it.

Many journalists may have wanted to stay away from the subject for fear of ridicule. Some in the media prefer to ridicule other people and topics, rather than be the subject of mockery themselves. This is natural and is human nature.

And, it could be used to good effect in keeping news coverage of UFOs within parameters that enhanced the requirements for secrecy and security.

Today though, it is possible that these policies and historical trends are changing and evolving.

Decades of discreet acclimation and psychological preparedness may make Americans and the international public less likely to panic in the face of the admission that we are being visited by unusual intelligent beings.

Now, journalists can pivot and cover the subject in sober and responsible ways that enhance public understanding about possibly very significant scientific and cultural developments in this area.

Just as old media platforms are changing and new ones are emerging, it also seems like the time to take a new look at the evolution of news coverage about forward-leaning subjects like UFOs and unconventional visitors to Earth as well as other fascinating “edge science” subjects.

Respecting national security requirements or even avoiding ridicule are reasonable, understandable and even appropriate in the minds of many people.

At the same time, robust and responsible investigative journalism also has its place. If conducted appropriately, this kind of journalism can enhance social, cultural, scientific and national security progress.