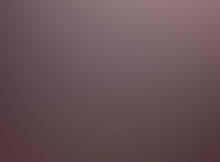 Today’s journalists, whether they are working in print media, online platforms or both, face new challenges and opportunities.

More and more people are realizing that some of the most important issues of the day are what could be called unconventional science or unusual emerging developments.

A large and growing awareness in the national and international public about leading-edge and forward-leaning research and discovery is changing the views of serious professional journalists.

Editors may often want to avoid these more unconventional topics, preferring the standard coverage of current events that are somewhat more tangible and accepted.

However, some journalists are willing to take a look at unusual topics as well as the psychology of society and the field of journalism in relation to them.

A May 17, 2010, “editor’s blog” by Christian Science Monitor editor John Yemma was titled “Skeptical about skepticism.” Yemma pointed out that “a true skeptic questions even conventional wisdom.”

Whether the topic is UFOs and extraterrestrials, tales of odd creatures like Sasquatch, crop circles, ESP or other subjects, Yemma points out that excessive negativity can be a form of denial about unusual or uncomfortable possible truths.

He noted, “And that’s where we have a problem in rational discourse today. Writing in a recent issue of the ‘Chronicle of Higher Education,’ Carlin Romano made a distinction between today’s ‘science warriors’ and the real ‘philosophers of science.'”

“The former take an absolutist approach to science, skewering everything from the Loch Ness monster to conventional religious beliefs as ignorance,” according to Yemma.

“Philosophers of science, however, understand science to be a set of beliefs and knowledge that at times can be turned on its head, a recurring process that Thomas Kuhn described in his book ‘The Structure of Scientific Revolutions,'” Yemma said.

In recent decades, anomalous phenomena had not received the more robust scientific and journalistic attention that we see emerging today. So, past journalists can perhaps be excused from their failure to adequately cover these subjects.

In addition, certain security procedures and activities might have actively discouraged investigative journalists who delved into topics like UFOs and extraterrestrials. This may have been an area of national security that was best left alone.

But that was then.

Today, the climate seems to have changed and is continually changing.

Now, it might be more important to inform the public about unconventional phenomena than to keep those subjects quiet under a blanket of secrecy and ridicule.

It seems that maybe journalism must shift gears and take a vigorous and reasonable look at the fascinating discoveries being made about human consciousness, extraterrestrial visitation, “weird physics” and similar kinds of topics.

If journalists do not do this, they risk losing more credibility and being left behind by not only the public, but by the facts on the ground in a changing reality.