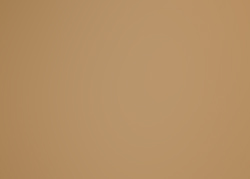 The recent and ongoing controversy about releases of sensitive information seems to raise both new and longstanding fundamental points about freedom of the press and the role of journalism in society.

An aspect of the discussion that appears to many people as an odd side issue is the reference to unidentified flying objects (UFOs) in some documents or materials.

However, this topic might serve as a unique example about the way we look at the roles of journalism, government and citizens on an issue that could be both important to know about and also require discretion and sensitivity.

Today’s journalists and many other segments of society face continual changes in the evolving economy, technological development, scientific updates and the many other aspects of everyday life.

Journalism in particular is with dealing longstanding ethical and professional guidelines about freedom of the press and responsible reporting. These are combined with a changing landscape of Internet technology and certain characteristics of major media companies.

The task of balancing these freedoms with responsible behavior and common-sense discretion is now front and center in discussions about various current events.

And, odd as it may seem, the UFO subject is one of these current challenges.

Just like other sensitive subjects involving national security, some people who have researched the UFO situation claim that a high level of restriction by governments on information about UFOs is interfering with the right of citizens to know what their governments are doing.

And, the argument extends to the view that human beings at the grassroots of society have a need to know about certain subjects that could affect them, including unusual and unconventional discoveries and developments.

The counterpoint to this view is that some subjects must be kept secret for the sake of the greater good of maintaining national defense. And, in many cases, international alliances and friendships among nations and societies are also at stake.

How should the profession and craft of journalism handle these factors?

When the additional challenges of certain perspectives by media bosses in a time of changing economic dynamics come into play, journalists are now, as they often have been, faced with soul-searching dilemmas.

In the case of unusual and unconventional scientific subjects, additional obstacles for journalism include self-censorship by media management and often by certain elements of scientific communities. These factors may also dovetail with defense-related information restriction for reasons of strategic national and global safety as well as tactical operational security.

Despite the statements from people with various viewpoints that decisions and judgment about the balance between security and freedom of the press are easy and clear cut, this is probably not always the case.

As we know, sometimes a “top secret” classification is used to cover up wrongdoing and inappropriate conduct.

At the same time, other classified situations, including highly compartmented and need-to-know circumstances, might truly require robust information security for a number of legitimate reasons.

According to some researchers, the UFO situation falls into a complex category of emerging scientific developments that could significantly change our views of Earth, the universe, life and the human race. It may be quite complex because the various kinds of unusual flying objects seen over the decades and centuries are probably associated with even more surprising mysteries.

Extraterrestrial visitors, multiple dimensions, space-time anomalies, forgotten histories of human civilization, undiscovered aspects of human DNA, extrasensory perception and other edge-science subjects have all been linked to the UFO phenomena, both directly and indirectly.

Some researchers indicate that may only be the tip of the iceberg.

Responsible journalism on these kinds of subjects seems to have been somewhat limited to date. But that does not mean today’s journalists are incapable of handling the situation responsibly and professionally.

Understanding various security implications of unconventional situations that could affect the safety of American and global society must be part of journalistic considerations and judgment.

Important foundational elements of the U.S. Constitution and Bill of Rights are also factors that are key parts of responsible journalism in days past, now and in the future.