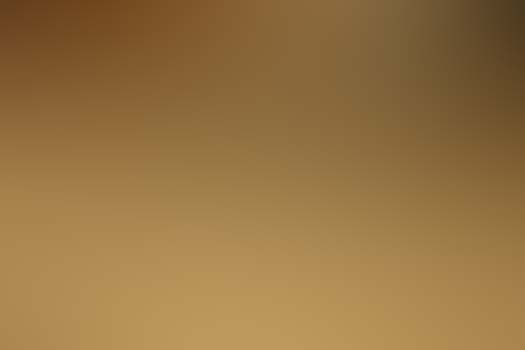 The comprehensive news coverage of a unique press briefing recently indicates that the topics of UFOs and extraterrestrial visitation to Earth are now a reasonable subject of serious journalism.

Is it a real paradigm shift for responsible and mature journalistic coverage of this unconventional topic? It may be.

Recent public discussion by scientists regarding contact with intelligent extraterrestrial beings certainly seems to have brought credibility to the overall subject.

In addition, the recently-published book “UFOs: Generals, Pilots and Government Officials Go on the Record” by journalist Leslie Kean also raised the standard of public discourse on the topic. Kean’s book, which received good marks from respected scientists, brought objective reporting standards to the exploration of a very challenging area for journalism.

In addition, significant UFO incidents such as the 1997 “Phoenix lights” case, the 2006 O’Hare airport sightings and many similar credible reports seem to have steadily moved the ball forward on responsible news coverage.

Consider for a moment that some of the major accounts of the underlying and historical situation could have some truth to them.

A key element of this story is the claim that our U.S. defense and intelligence communities have known since the 1940s that some UFOs are extraterrestrial spacecraft and their occupants are intelligent non-human beings.

As a result, robust efforts were initiated to understand and handle the situation, and to determine what defense and diplomatic measures might be appropriate.

Acquisition and development of advanced technologies were also goals, according to some researchers. Some of these technologies could have been inserted into American engineering, electronic, aviation, space programs and other fields.

It has also been alleged that at the same time, elements of the our defense, intelligence and scientific communities believed that an educational and acclimation process to prepare Americans, and people internationally, for this surprising situation was needed. However, other factions may have felt that there should be total secrecy on the entire subject.

Are any of these assertions credible in any way?

If so, then responsible journalists will probably want to take a second look, and a more thorough look, at any reasonable evidence or circumstances that support these kinds of claims.

It seems as though this is now happening, thanks to a number of factors including eyewitness testimony, credible research, historical documents and possibly a general gut feeling by many people that there is some truth to these scenarios.

WHERE DO WE GO FROM HERE?

But, determining that some UFOs are intelligently-controlled craft of some kind obviously just raises a number of further questions.

Who are the visitors? Is there one type, several or many? Are they friendly, hostile or neutral? What do they want? How do they regard humans and planet Earth? How will our world change if this new awareness is accepted as truth?

A smooth transition in the educational process about such a situation would obviously be helpful.

And, as in the more conventional day-to-day news coverage, there certainly could be some things to be worried and concerned about, as well as reasons to have hope and move forward in positive ways as individuals, families, communities, nations and humanity as a whole globally.

We might get a good idea of how such a transition might play out in the book “A.D., After Disclosure: The People’s Guide to Life After Contact” by Richard Dolan and Bryce Zabel. The book is due out in October and should provide a reasonable blueprint for how we can adjust to more overt understanding of unusual visitors to Earth.

Dolan is a respected researcher on government and the UFO phenomena. Zabel is a former CNN journalist and now a film and TV writer and producer. Both should bring solid journalistic standards to this discussion.

The new NBC TV suspense series “The Event” uses episodic drama to portray such a situation, as have many other TV shows, movies, novels and works of creative fiction – or, in some cases, possibly fact-based fiction.

In the meantime, we only need read the local newspaper, turn on the TV news or scan the Web to find an increasing amount of serious, open-minded and professional journalism coverage of this interesting topic.

And, if we want to read between the lines or delve deeper into the many books, documents and historical records, there is even more to discover and consider.

Journalism will continue to play an important role in exploring the subject of UFOs and extraterrestrial visitation. The scientific, defense, intelligence and the creative film and TV communities will undoubtedly also be key contributors in helping us to grasp the truth and adjust to changes.

Eventually, many of our school books and college courses might need to be updated as new information is learned and confirmed.

These all seem to be reasonable, natural developments that might now be accompanying a safe and steady process of education and disclosure about the real possibility that we humans are not alone in this vast universe.