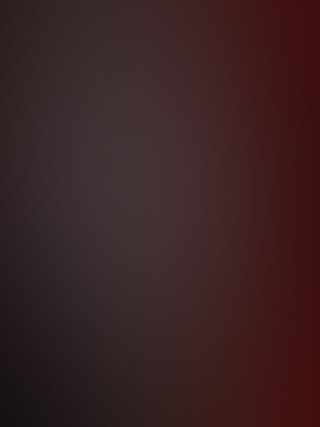 Date to be there: June 6, 2015, Saturday / Time to be there: 2000 Hours – Address to be at: Sacramento, CA – Occupant says: Daughter 6 years old – has imaginary friends – daughter sees entities – daughter blotted out mirror, so she could not see her face. Daughter face distorts to something evil – daughter colored the face of her doll and drew an evil face – the shower door recently exploded on its own. Contact Person/Occupant: Jessica Cisneros. Special Note: To maintain a relaxed state of mind towards all things paranormal, Deanna and I stopped by Raging Waters to get wet and relax underneath the sun.

Age 9: The house that she moves in is haunted. Stuffed animals around the house, their faces will distort into something evil.

Age 11: Lights will turn on in the house on their own. Jessica and her friends witness cabinets opening, desk drawers opening and closing. Objects around the house will move on their own. Things will fall out of cabinets. Jessica experiences sleep paralysis, that could fall into the category of the Old Hag Syndrome.

Age 13: Jessica sees movie The Craft. Jessica starts practicing Wiccan enchantments and spells. Jessica starts reading Wiccan books. Jessica and her friends play with a Ouija Board on Halloween night. The initials D.R.C. pop up on the Ouija Board, Jessica and her friends feels D.R.C. is something dark and evil. They feel D.R.C. is some kind of demonic name. An entity appears, he has a red body, pig feet, claws for hands, snake tongue, tail, male private parts. When the entity appears, he vanished when Jessica’s cousin shows up. When the cousin shows up, a warm feeling came about. Two angels made their appearance, they were tall, blonde and wore white robes.

Age 17: Clothes hangers start moving about on their own. Jessica’s hair is touched by an entity. Jessica’s mother sees an apparition. The house gets blessed, but the hauntings continue. An entity steps into a room and takes the telephone. Jessica has many nightmares. Jessica experiences sleep paralysis again. Something pushes Jessica down on the bed.


This house was located near Gerber Road in Sacramento. Jessica was so scared, she ran away from her house.
Age 23 or 24: Jessica experiences at her mom’s house in Elk Grove, whispering. There is a ringing in Jessica’s ears, then there is whispering sounds.

Age 29: Jessica and her boyfriend are now living in the house that we are investigating tonight. The haunting in this house has been taking place for 3 years. Jessica’s daughter blots out mirror, so she can’t see her reflection. Daughter is seen staring in the mirror with her hair in her face. Daughter takes her doll and colors the doll’s face black.

Julia the girl ghost. Julia comes out of a vortex in one of the bedrooms. Julia is Jessica’s daughter’s imaginary friend. The other entity is Sharp Tooth. This entity has sharp teeth, it’s a male entity, sometimes wears a red shirt, sometimes wears a black hat and white pants. When Deanna was conducting her cleansing, Jessica’s daughter says that the ghosts don’t like it. Meaning, they did not like the cleansing that Deanna was performing.

No EVPs captured. When Jessica’s daughter talks about the entities in this home, orbs are seen near Jessica’s daughter. When Jon captures an orb in the back bedroom with his camera, I also snap a photo and capture white mist. Deanna, Rod and Jon feel there is paranormal activity in this home.

I conducted a Roman Catholic house blessing. Deanna and I, instructed Jessica to give her daughter a baptism. A full submersion baptism is a basic form of exorcism. This baptism should take away any attachment from Jessica’s daughter. Jessica said that the air in the home felt lighter after Deanna performed her metaphysical house blessing and after my blessing.

I used the Palo Santo wood sticks to clear the house of negativity. Palo Santo sticks were burned by the ancient Incan’s and meant for the smoke to ward off evil.This powerful cleansing tool clears bad energy. It has a delicious and divine aroma that you will fall in love with once you smell it. The Incans were a civilization in Peru that flourished from 1200’s to 1600 AD. This is known as holy wood. Palo Santo sticks bring good luck and harmony and can elevate your spiritual levels.