UFODigest.com » Aliens and UFOs » Legend of the Flatwoods Monster Mystery 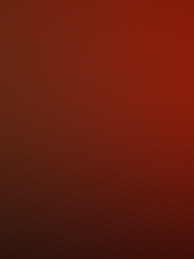 In November of 2005 I attended the Crash Retrieval Conference in Las Vegas. The seminar had been an annual production for the past two previous years and was intended by Ryan Wood and his father to continue for years to come. Until there had been definitive light shed upon the subject of UFO’s, Ryan was committed to furthering the cause of government disclosure as well as public enlightenment about the subject.

An author explores a bizarre incident

At that seminar I met Frank Feschino, the author of “Shoot Them Down, The Flying Saucer Air Wars Of 1952”. Frank was an amiable and easy going guy, who was sincere in his interest in an event that exposed a chilling UFO sighting that resulted in a frightening encounter. Not only did this happen, but a number of air to air attempted intercepts ending in fatal crashes and disappearances of veteran fighter pilots and their aircraft occurred.

Frank Feschino was marketing his book about the “Flatwoods Monster” which he had been investigating for more than 20 years. The story centers around the sighting of a fiery object that had soared over the night skies of Flatwoods, Virginia on September 12, 1952.

When members of the May family had gone out in the woods near their home to investigate what appeared to be the crash of an aircraft, they were confronted by a bizarre entity, 10 feet high, clothed in a metallic apron, and having the round head of a robot that appeared to have a hood over its glowing red cranium. Its eyes were beacon-like lights. The creature seemed to hover a few inches off the ground. The children accompanied by one adult were immediately terrified and ran. The area near the supposed crash seemed enveloped in a mist that eerie night of the sighting.

Other residents in the county had seen strange things the night before the May family had experienced their amazing encounter. A rural and uneventful setting had now been transformed by a fateful UFO sighting that led to a frightening encounter that Frank Feschino would spend years exhaustively studying.

In the midst of a UFO flap

If this strange incident were not enough, the year of 1952 was filled with an unprecedented wave of UFO sightings seen all over the United States even over White House air space. The sightings were met by attempts at identification by the US Air Force in two forms. 1) Was the response of Project Blue Book to interview witnesses and amass data. 2) Was to launch jet fighters to pursue and identify the numerous unidentified aerial objects that had flown over civilian and military installations. America was in the grip of a UFO flap that had practically caused hysteria among the people.

Feschino, goes into shocking detail in his book, “Shoot Them Down” as he reveals a disturbing number of fatal air engagements and alarmingly a number of disappearances of veteran combat pilots along with their aircraft. If the general public had been made aware of these multiple incidents that had proven to lead to death and vanishings, I believe there would have been panic among the public.

Frank’s work corroborates findings made by Major Donald Keyhoe in his 1973 book, “Aliens In Space”. The retired US Marine Major documented many sightings, proved that there was a cover-up within the government to hide the truth about these sightings from the public, and used his impeccable sources within the Pentagon to do so. Keyhoe reported that in a short span of time in the mid 1950’s that a rash of unexplained fatal air accidents occurred as a reprisal for an attempted shoot down of a UFO by Air Force jets.

Swallowed by the unknown

Six hundred odd and freak accidents plagued the armed forces ranging from unusual crashes with experienced pilots to complete disappearances of US war planes. Piloted by decorated veterans of the World War Two and Korean War, it was unlikely that these crashes had been caused by human control error. It appeared that another power was intervening in human affairs with deadly results.

A desperate bid for alien technology

Keyhoe reported that US Navy pilots had privately admitted to him that their superiors had instructed them to ram UFO’s if they could safely eject from their aircraft just before impact. Apparently, high command was anxious to get their hands on the technology they hoped their Soviet Union counterparts would not acquire first. This would have drastically altered the balance of power during the cold war, had the Soviets captured and reverse engineered a UFO for their own purposes, and beaten the US to it.

It seems that we have been presented with two distinct versions of history as we grew up and attended public schools. One history is the version sold to us as a belief system that allows our society to continue unmolested by difficult challenges to our sacredly held truisms. However, there is an alternate history that is both provocative and disconcerting because it leads us down darkened pathways that are not supposed to exist. Yet, under intense scrutiny, the myths of our sacredly held beliefs dissolve into the empty reassurances they were intended to be. And we are faced with a greater truth that sheds light upon the darkness of the lies and secrecy we have been fed.

Many brave aviators have flown into the path of the unknown in defense of their country. They have unwittingly discovered a disturbing realm that many are not comfortable with or willing to admit, but that mysterious twilight region fatefully registers a forbidden truth. This is the realm that swallows jet fighter planes and makes widows of the wives married to those dedicated airmen who have crossed that bizarre boundary between ignorant bliss and the shocking existence of the extraterrestrial realm.