UFODigest.com » Religion » Angels and Demons » LEGENDS OF A LIVING WORLD 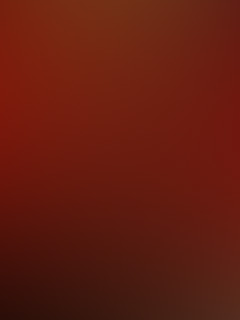 Perhaps things would seem a lot different if we could see the living legends unfolding before us at the moment they are written. Did those who were living through important events in history know just how important their part in the world would be or did they simply live for a purpose that could only be known through God’s eyes. The pieces of the past that shape the future are not always known. Legends take form in front of us every day; stories, music, masterpieces are being recorded right in plain sight.

We are painting pictures, composing melodies and it’s staying in the world when we die. We are looking forward, backwards and oblivious through time. If we could see with the eyes of God what would our perspectives be? As our hands unclasp to worship a God we do not know through art, prayer, meditation, eating, drinking, having, and giving, are we being observed through the eyes of something even greater? Do you feel the angels around you when something important happens in your life? Haven’t they always been recorded in some of the most beautiful works of art and music? The enchanted living legends today are telling us stories about our current state of spiritual affairs and everyone in Heaven is watching.

Below, I have included some enchanted stories of the divine. These are the living legends of our time. The amazing, incredible and awesome things that are happening now and have happened in the past as a sign to our ancestors that their Gods and Goddess are watching and caring and that they will never leave humanity to be alone and afraid in a mysterious world. A protector of worlds is watching over you and sending you love, hoping the messages of peace spread throughout all the dimensions of the universe. The messages are inspirational and courageous, positive forces combating the nonsense of evil and victory triumphs peace and love over all else because that is what the soul thrives on; forever. You will never be alone. I hope you find strength in this.

Living Goddesses
In Nepal there is a legend surrounding the tiny goddess. She is worshipped as an actual child. Her face is ceremoniously painted red and she is carried around by her guards. A third eye is drawn onto her forehead representing the unseen world. She is a symbol of beauty and grace. She is the Kumari Devi. Her manner is meek and mild. She giggles and speaks in a playful way. These children are the incarnation of the Goddess Taleju. They live in Temples, and are carried in chariots until they start menstruation. The symbolism of this is shown through a red snake and for one to dream of a red snake is an association with this goddess. Taleju appeared to the King of Nepal legends say until a change occurred and she vowed never to see him again and if he wanted to he would have to wait for her incarnation as a child. There are many different variations.

The living Goddess is definitely something to think about. A child is worshipped for her pure qualities as the essence of the divine. Today this goddess exists and she holds quite a powerful key to the past and future. She who eternally unlocks immortality and is reborn again each time into a pure breath of heaven on Earth. She is the living Goddess of Nepal. A girl filled with wonder, luck and innocence. An astounding piece of poetry spelled out into different words and stories yet, the essence remains the same. The legends of the living rival the stories of the dead. Kumari Devi you are a strong willed spirit. Taleju is the multi armed slayer of demons… The living goddess.

Spell Books and Medicine
Some of the greatest pieces of the past are the legendary magicians of folklore. The tales of magic cross every culture and era of the world that is has become common to associate ourselves with wizards and warlocks today and not even take a special notice. In biblical times, witches and warlocks were burned for their powerful ways yet they were around before this. The ways of the world were perfected through experimentation, special knowledge and a little help from the gods.

Potions and medicines seemed to be popular back in the middle ages and is there any truth to them? The truth is that you can cure ailments with herbs yet these quick fixes were actually considered witchcraft back in the day. Recording these findings was like writing a spell into a book.

We have glorified the science of nature.

Have you noticed the universal sign for modern medicine? A staff with a serpent? This is a Caduceus. Hermes, is the great messenger between humankind and the Gods. As a gift of healing, the Gods gave him a staff which became his symbol. Another symbol, the staff of Asclepius was said to have been presented earlier than the Caduceus and it’s roots are in Greek mythology. Asclepius is the god of medicine. Snakeskin itself is a symbol for healing and regeneration, as a snake sheds its skin to grow a new one. Spell books and medicine have become entwined in much the same way that mythology has entered living science and astronomy in our modern world. Medicine today is a huge piece of our civilizations.

Well, what then becomes of the world that we are all working to fix and make perfect? What becomes of a place that was broken, uncivilized, always changing when it is time to stand still for the picture and freeze the moments into time what should we be remembered for? Our place in time is one of diversity and change yet, it is a path that is not original. We are all soldiers to fate and circumstance no matter what we do. What will become of our stories and memories when we have gone from the Earth? Eternity is a place we are all trying to get there but nobody has proof yet that it exists because no one has come back from it.

The Holy Bible
With the emergence of the universal Holy bible comes the destruction of many ancient, traditional and respected religions from the old worlds.

There was a time in history when stories that brought shame and unique perspective were immediately destroyed. With the holy bible so popular and widespread it would be hard to believe that our lives would make sense without knowledge of this artifact. Gravestones, marriages and other important events are now marked by the Christian God and if he had not conquered the ancient land, what God or Goddess would be there in his place? Perhaps he started his reign through the use of powerful men but nowadays women have a voice. Many women are able to express their selves better through the divine feminine rather than through an overbearing sexist God. I am hoping that from now on the legendary things that women accomplish will be treasured and not erased from history. From this point on I think that once women are written into history that a sense of respect will reappear in future generations and it is my hope that this happens. Not that other religions has this problems but many western religions do such as; Christianity, Catholicism and Jewish.

I hope that new Gods and Goddess can still be born into our world and that we don’t let the past block the present or the future. I would rather be open to new ideas endlessly than agree to rest eternally. The spiritual world is mysterious, powerful and open to everyone. We are searching for something here and perhaps we cannot find it in time because we are seeking something that has already existed and served its purpose. The concept of helplessness to the whole universe and the idea of needing a savior should be experimented with. Imagine being born to value the Gods yet at the same time realize our true potential without falling into slavery to the next world as the Kings and Queens pass by we let them order us into our coffins and take our souls away. Maybe there is a way that we can truly become into our real powers and survive these overwhelming pacts we have with the divine world. What ancient power will awake when I knock at the door to my own heart knowing that I am the goddess who can answer the calling of my own suffering and overcome it myself to reach my own immortality and leave behind the feeling of being victimized by the world and my destiny as a human being doomed to mortality? What great power is this…that dwells within each of us? Will we be able to help the Gods then when they need saving? When their stories die and are cast out into the sea water and left forgotten until they resurface again? Yes, we pull out the statues of ancient times and show them once again the sun. Let us seek this power that is in each of us then and harness the stars to our hearts like armors that we will each wear as we prepare for our Earthly deaths.