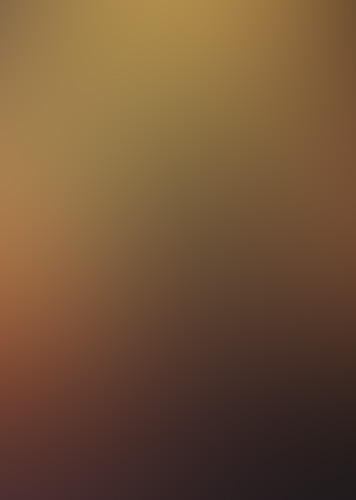 I want everyone who reads this to know that they are never alone.

Although it may feel like it, the universe is a huge place and exists in the past, present and future. Being alone is probably one of my greatest fears in life. Many people also experience this fear. Because of this profound emotion, stories left throughout the ages has comforted many of us; legends of familiar spirits, animals and Gods.

The worst feeling is to feel like we are statues in the world of the living. We could feel like no one cares what we say, see or hear. We feel helpless. I have been physically left alone and neglected many times as a child yet the spirit world never abandoned me. The spirit world is more powerful and capable in this way to handle this. I have been left alone in a strange world and I have left others alone in a strange world. The Gods are ancient, old, and wise and are looking over us still to this day.

I am not going to mix into this religion. All you have to do is have faith; you do not need religion to become a strong spiritual person.

Religion sets up strange ideas in a world that has already been destroyed by the hurricanes and earthquakes of change. Religion causes people to group together and form gangs who stand up together sometimes in violence for personal gains and results regardless of anyone else’s well-being. They judge you for being yourself and confuse evil with personal beliefs. Faith focuses you to grow stronger in what you naturally find important, the simple laws of the universe- peace, harmony, and love. You will find your spirit will challenge many storms in order to find this place of ultimate rest.

Through the texts, battles, stories, oral history and pictures carved into stones from the old world we know that animals has always been there beside us helping our spirits evolve into what they are meant to be. An animal may have a scary attribute in life, such as a bear. In life, you may fear the bear because he eats other living things. Yet, when the bear becomes spirit and his wild instinct is gone you will find power in his attributes that can inspire you to face challenging situations of survival. The bear can inspire you to survive in a harsh environment, even if you have to fight alone; you are still powerful.

Certain talismans invoke certain powers from animals. This can be a beautiful rock carved into the shape of an animal that you hold onto. An animal can come to you in a dream, a vision and in real life. It is hurtful to see sometimes that humans can resolve the whole Earth around them and not care for animals as they belong here just as much as we do.

An animal can have good qualities and bad but it has power that you can harness.

Below, I am going to share with you some legendary beliefs and stories concerning animals as guides or as something divine. Animals in a sense are more awaken than we are in their spirits because it is easy for them to be who they are more so than a human being. Humans have natural inclinations towards wicked and destructive acts while animals are naturally inclined for contentment and peace.


Animals as guides have been an esoteric idea in operation since ancient times. From the dawn of civilization, people have been in awe of animals as spiritual leaders, sources of power and as remnants of our ancestors.

Petroglyphs have been discovered dating as far back as civilization itself of people dancing with animals, wearing masks to mimic an animal’s attribute and as having special powers. The Native Americans especially honored the power of the animals through many ceremonies, stories and dress. Animals were sacred not like today. People may have been wearing fur since the beginning of time but there was more respect in it. Than , you were sleeping in the wild, you had to trust the Gods to send you something to eat, and if you wanted to eat you would need to only kill what you needed for present moment and any and all leftovers would be used so to honor the spirit of the life that you took from God.

Today, it is a shameless and cruel act. There is no sense in the slaughter when we have found alternative methods for keeping warm in the winter. Many people associate animals as their spirit guides and spirit guides can change many times in your life; hopefully as we grow to change as well.

In ancient Roman mythology, Diana who is worshipped as the goddess of the moon, sometimes takes the form of a black cat. There are many reasons why she would do this but probably, the easiest answer is that the cat is one of the most beautiful spirits in the world. A black cat can sneak by easily in the night, when a goddess does not want to be captured. Thus is said how Aradia, the goddess of witches came to be; a reunion between Lucifer and herself as a black cat. Cats have long had associations with women and Diana projects the feminine energies.

Recently, I had a psychic vision while I was walking underneath the night sky. I was walking in some long brown grass and I looked down to my right and I saw what appeared to be a black panther trailing alongside of me. I wasn’t exactly sure where I was, somewhere between Sacramento, California and Thornton and I looked back and a gigantic black cat was following beside me to the right. It looked like a pet black cat but to big-like a panther but not that large; impossible to be there. I than thought it was some sort of a bobcat and I jumped over to get away in fear. I thought it could be my spirit guide. It was ghostly it had yellow glowing black eyes and it’s long tail was swinging back and forth as it walked. It hadn’t seemed to mind my presence, had probably been following for a while but as soon as I jumped, it jumped and we both took off in opposite directions.

Reports of this cat has been made in Britain and Washington. It is described as a phantom cat. I realize it was dark when I was walking but nothing could make me forget those glowing yellow eyes. I was in a crisis moment and as a spiritual person, I viewed it as a spirit guide there walking with me, noticing me along this long road. Some have described it as demonic, some as alien but it is definitely beautiful and mysterious to the point it’s never going to stop haunting me with those eerie eyes.

In mythology, legends and Native American beliefs, a panther as a spirit guide represents power, beauty and grace. The panther gets its power from the glowing moon. In ancient Egyptian times, a panther was revered as a symbol of protection. To me, the Gods have sent out these dreams and visions and they let.


Have you ever experienced a profound connection to a certain animal? It is to the spirit of this animal in which you are connecting with. Think about what it is you admire so much in this animal and try to instill it into your daily life. An animal is capable of showing concern for a human that is because they genuinely care about those they love and I do not see why that would go away in the next world.

You can also help protect the future of this animal by getting involved in the preservation of wildlife and researching to see if there is anything that you can do to help. The best ways to help are not donations but through simple acts each day. You can volunteer your time, art, poetry or anything in honor of this animal. Just to spread awareness helps as well. I always try my best to live a way and help the world become a world that I would trust being reincarnated into again.

Am I going to want to come back to a world destroyed by evil? Probably not…It would probably be harder to deal with then dealing with it now.