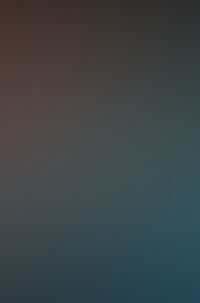 If you missed Part I of this article click here: https://www.ufodigest.com/article/lstar-child-1125

For men of medical science with impressive educational credentials to marvel at the here-to-fore unknown aspects of the Star Child skull, having never seen anything like it before, leads us to an inevitable conclusion. The fact that there is no other explanation other than the extraterrestrial thesis seems quite an obvious step in addressing the implications of this enigmatic find. Why major universities have inexplicably shied away from appropriating money for continued ambitious research, why the US government has not taken steps to ensure that this specimen is either identified or thoroughly researched in the most outstanding campuses there are says something in itself.

This is not the act of disinterest as much as it is the nonchalant denial of something very big that could easily invalidate many of the faulty assumptions of science and open a whole new chapter in human understanding. However, for some reason that option has been shut down by the powers that be. Obviously there is a conspiracy to silence troubling finds that challenge conventional wisdom in order to uphold an inflexible and oppressive  public information system. We have already seen this policy in action over such discoveries as the UFO crash at Roswell in 1947 still being disputed by debunkers today.

Lloyd Pye is one of those kinds of special individuals who will not accept the current paradigm of self-assured and willful ignorance, we now see so much of. he fears not the challenge of treading on new ground despite the opposition to truth and change. With the NSA illegally wire-tapping the public as well as foreign governments as it seeks to discredit all theories and findings that contradict the indoctrinated system of falsehoods used by our federal government in maintaining a literal matrix of alternate reality in our lives as opposed to the truth, we must take a stand. The Star Child is solid proof that the authorities do not want us to see an inconvenient truth much less discuss it. Instead, it is ignored as much as possible or even marginalized with propaganda.

For those of us, who grasp the importance of these breakthroughs it is clear to us that the world according to the federal government is a much different place than what we know it to be. The flat world of government sanctioned news releases fails due to political bias to give, we the citizens, all the facts in a reasonable and politically uncompromised  form. Unfortunately, the day of disclosure will be long in coming.

For more information or to order this book from AMAZON.COM simply click on its title: The Starchild Skull — Genetic Enigma or Human-Alien Hybrid?