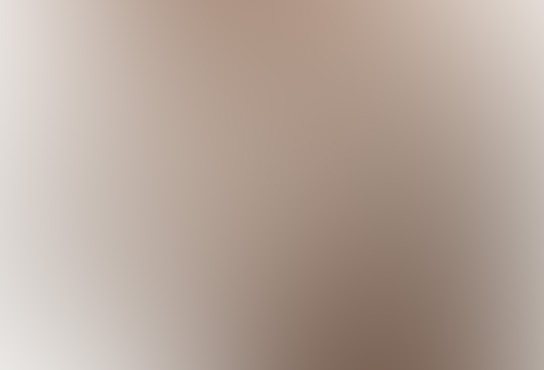 One of the most crucial aspects of the impact of military intelligence and the UFO’s is the emergence of the security state in America beginning in 1947. Coinciding with the purported crash of an alien disk near Roswell, New Mexico, the sudden and dramatic rise of laws that would be the prelude to a police state in our nation came to pass. Why? If the crash near Roswell in 1947 was a hoax, a misunderstanding, or the infamous secret Project Mogul, then why were there sweeping changes in surveillance, espionage, and public policy that were the stepping stones to an Orwellian totalitarian state today?

If you missed Part I of this series click here: https://www.ufodigest.com/article/military-intelligence-0723

The beginnings of the US police state

Obviously something shocked the military, our intelligence services, and climbed the ladder all the way to the executive branch and President Harry Truman, who many believe presided over the creation of the Majestic 12 Panel, or the “Working Group” according to Philip J. Corso in his book, “The Day After Roswell”. By 1947 the old OSI had been transformed into the CIA and a wartime intelligence agency had now become the eminent international espionage service in the world as the cold war era took shape. Yet, in the future this agency would have to compete with the emergence of other intelligence gathering entities such as the NSA and DIA, each with massive black budgets. The NSA notably made many illuminating communication intercepts of foreign military transmissions such as the disintegration of Cuban MIG jet interceptor in close proximity to a UFO violating Cuba’s air space in 1967.

What provoked the change ?

It is most likely a given that with the  sudden rise of these agencies dedicated to the secret collection of intelligence data worldwide while also becoming involved in the reports of UFO sightings that a common catalyst had evoked a great cause for concern. Was it not the technical aspects of a superior propulsion system that could easily outdistance the best fighter jets of the world’s air forces that necessitated this development? Was it the cases of contactees claiming that they were interacting with entities they identified as extraterrestrials, or was it the threat of a World War III scenario with UFO’s playing a role of psychological warfare that most disturbed the Chiefs of Staff at the Pentagon as well as the directors of the CIA, FBI, and NRO among so many other branches of domestic and military intelligence agencies?

By 1949 alone the FBI as well as Project Sign had fielded more than 10,000 domestically reported flying saucer accounts given by witnesses. Of these an initial estimate of 23% proved unsolvable by conventional means though authorities played this fact down and tried to imply that still more of that percentage could be explained with enhanced evidence gathering. This is an impressive number in view of the fact that the US Air Force along with many other federal agencies were hostile and biased in their interview of witnesses both civilian and military. As a frantic effort by J. Edgar Hoover’s FBI to become part of the UFO loop continued, the director found himself at odds with Naval and Air Force investigative staffers who used the FBI to do the heavy lifting without sharing key elements of evidence with Hoover’s agency which infuriated him.

An insider becomes the inner sanctum

It is quite ironic that a military insider like retired Major USMC and former assistant to Charles Lindberg, Donald Keyhoe, would not only publish some of the all-time best selling stories and articles on UFO’s by the early 1950’s, but would become the first ufologist utilizing his key sources at the Pentagon at a time when the iron handed oppression by the federal government was in full swing. If ever the military sought to utilize classic counter intelligence strategy it could well have been achieved through Keyhoe. However, as history would tell us, not only did Keyhoe consistently charge that the US Air Force was hiding crucial evidence from the general public, but he also formed NICAP a UFO investigation committee of retired military officers who were dedicated to ending the truth embargo on flying saucers.

Yet, even with an organization consisting of former officers of the armed services with impressive credentials such as Admiral Hillenkoeter, former CIA Director, Donald Keyhoe charged that the committee would later be infiltrated by the CIA with its sterling performance being intentionally compromised by a federal government agenda to keep the truth from being divulged. Today the valuable work that was done by NICAP is still on file and preserved though a covert intelligence operation marginalized that organization to stop them from revealing the truth.

Donald Keyhoe himself was censored from prime time TV during the course of a Mike Wallace interview when he strayed from a carefully scripted Q and A with a prominent Air Force colonel over US Air Force policy concerning the ubiquitous UFO. Keyhoe’s audio and visual was completely blacked out in front of millions of TV viewers that evening in 1958. The American audience should have figured out that something was definitely afoot by that time. One must surely ask once again, if there were nothing to the UFO saga then why would the US government employ such Soviet Style methods in suppressing news and inquiry concerning flying saucers? It is clear that the US government utilized many instances of covert intelligence operations to compromise telling ground breaking UFO investigations by truth seekers for decades prior to the present.

In Part III we shall explore more covert US intelligence agency tactics in suppressing the truth about UFO’s in this long and mysterious pathway to the unknown.