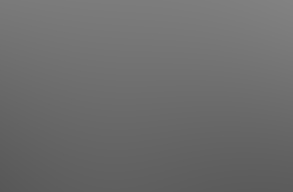 In 1952 shortly after a spectacular series of confrontations between US Air Force Jet interceptors and unidentified radar targets over White House air space, US Army General John Samford, head of US Army Intelligence fielded questions by the US press corps along with Air Force General Roger Ramey. In a key point made by General Samford he stated that no known project on earth was responsible for the appearance of the UFO phenomenon. He also acknowledged that a certain number of sightings were inexplicable through the course of analysis by military investigators. You might recall General Roger Ramey who accompanied Samford had previously derailed the Roswell crash by labeling it as a weather balloon.

While conducting the largest military press conference since World War II at the Roger Smith Hotel in Washington DC it is interesting to note that Captain Edward Ruppelt, Director of Project Blue Book was conspicuously absent from that affair. As a matter of fact, Ruppelt according to his book, “The Report On UFO’s” released in 1956 describes his frustration in not being able to get sufficient per diem for travel to the crucial public address over the UFO mystery, and was stuck trying to phone in procedure through base operators to no avail. This has caused many critics to allege that Captain Ruppelt was intentionally precluded from participating in the conference. Perhaps his objective point of view and efforts to that effect known by high command had hastened the decision to keep him from making any controversial public statements.

In 1947 Air Force General Nathan F. Twining after reviewing evidence connected with the Roswell crash and having been placed in that geographic location by forensic investigators based upon analysis of records decades later, issued a shocking intelligence estimate to the Joint Chiefs of Staff at the Pentagon. In his evaluation, flying saucers were real, not illusionary, they out performed the best aircraft fielded by the US military, they were generally elliptical in configuration, did not seem to make propulsion sounds though some roaring noises has been detected in some instances, and seemed to have a polished metallic surface according to many observers. Twining, according to Philip J. Corso, in his book, “The Day After Roswell” notes that General Twining seems to marvel at the technical capability of the flying saucer. Once again in his intelligence estimate corroborated years later by General John Samford, there seems to be no secret project capable of producing this kind of mechanism on earth.

So, very early in the annals of military intelligence ranks there seems to be a consistent consensus that the origin of the UFO or Flying Saucer seems to be extraterrestrial. Captain Edward Ruppelt commented more than once during the course of his book, “The Report On UFO’s” that it was an unspoken opinion by many high ranking officers in the armed services aware of the flying saucer mystery that indeed there was no other explanation. They were from somewhere else not here. Though this alone may have sent shockwaves through the channels of command still conventional considerations had to be weighed. The Soviets could use the American public’s fascination with UFO’s to concoct a campaign of confusion during a first strike scenario. This development was taken into account even though no definite indications of hostile intentions or threats to national security by the phenomenon itself had been detected.

A question of official admission

Let us consider as well in 1952, aside from the Director of the CIA, Admiral Roscoe Hillenkoeter, who would later make a shocking admission to the New York Times newspaper in 1960 that the public had been misled over the reality of UFO’s, Aside from Hillenkoeter, General John Samford was the highest ranking expert on military intelligence, and likely the UFO dilemma. His admission that UFO’s in some cases were unexplained and not considered a threat is given weight by his rank and the corroborations of his colleagues, General Twining and others.

It is to be expected that the US military intelligence corps would be working on several levels in order to mitigate the UFO problem. They would want to analyze the technical capabilities. Writer, the late John A. Keel in his book “Operation Trojan Horse” had discovered an early CIA memorandum speculating that flying saucers used some form of electro-magnetic propulsion early on. That UFO’s would have to be dismissed and demystified as hoaxes and misperceptions in the eyes of the US public would be another angle to be covered. Yet, within the internal ranks of the armed services a compartmentalized approach to the flying saucer problem would need to be addressed. Those on a need to know basis, would have to be informed when necessary under strict parameters of internal secrecy.

These protocols were allegedly addressed by the infamous MJ-12 panel, a carefully selected group of scientific and military command specialists who would preside over the UFO problem and come up with answers over how to manage the release of information or to withhold knowledge from the general public when necessary. An ongoing counter intelligence corps operation would constantly accompany the illusive UFO through-out the decades to come. Yet, in light of this constant disinformation feed came the brilliant work of Philip J. Corso’s superior, General Arthur Trudeau. General Trudeau saw to it that the sequestered Roswell “artifacts” as they were referred to in the military were cunningly handed off to US defense contractors as captured foreign technology that required back engineering. According to Corso, our rapid technological ascent over recent decades has been largely due to the technical revelations gleaned from the Roswell crash debris.

Maintaining the veil of secrecy

In all this, not only did the US military craftily hide the existence of several purported UFO crashes, but in the meantime ridiculed reports in the eyes of the public, sometimes even victimizing their own aviators and expert witnesses in the process. The case of Bob Lazar is a classic example of counter intelligence corps work. Lazar was quickly marginalized in the eyes of the public after the incredible revelations he divulged form his work as a contractor at Area 51. Lazar alleged that not only had he worked on the project to back engineer alien space craft, but described the procedures, and how he was introduced to the project. Bob Lazar even revealed specific dates and times to friends as he escorted them to vantage points where they would see actual flight testing of these alien ships.

The saga of Bob Lazar

Bob Lazar was quickly removed from the project and ridiculed once it was discovered he had violated his clearance level. Once again military intelligence procedures were used to erase Lazar’s employment records, educational background, and proof of connections with the project he had participated in at Area 51 on the S-4 section. A federal judge commented upon presiding over his case against the US government that it was incredible how little of Lazar’s background could be found. Bob, however, did produce a DOD pay stub as evidence of his employment  though virtually his entire history had been scrubbed for all intents and purposes.

In part II we will delve further into the equally mysterious world of military intelligence used to dismiss the UFO phenomena and those proponents who want to divulge the sacred knowledge to the general public.