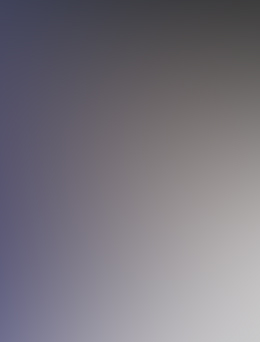 SUSPICIONS ON THE FACTS

Skeptics were concerned that Fouche’ may have overstated, misrepresented, and possibly invented some of his facts from his history.

Richard Boylan, Ph.D., M.S. Ed, MSW, B.A., Educator-Researcher, emeritus Professor of Psychology, and a retired Clinical Psychologist,  who said, “At this time, I am aware of the existence of ten kinds of special-technology advanced aerospace platforms [mil-speak for craft], all incorporating antigravity technology in some form.”

If you missed PART III of this article click here: https://www.ufodigest.com/article/lost-lore-1009

Those ten were: the Northrop Grumman B-2 Spirit Stealth Bomber, the Aurora Lockheed-Martin’s X-33A, Boeing and Airbus Industries’ Nautilus, the TR3-A Pumpkinseed, the TR3-B Triangle, Northrop’s Great Pumpkin disc, Teledyne Ryan Aeronautical XH-75D, Shark antigravity helicopter, and Lockheed-Martin and Northrop’s jointly-developed TAW-50 hypersonic antigravity fighter-bomber. These could have included the Lenticular Reentry Vehicle, a nuclear-powered flying saucer – the first version of which allegedly went operational in 1962, as portrayed in the November [2000] issue of Popular Mechanics.

Boyland said that the “TR-3B does not have an antigravity propulsion system, but merely uses the Biefeld-Brown effect to reduce its weight so that more conventional propulsion systems such as scramjets can give it amazing speed.”

However, other skeptics further pointed out that the effect had been attributed to ionic wind and had been shown not to work in a vacuum, thus eliminating any alleged “antigravity” effects. (Conspiracy Theories: The Strange World of Back Engineered UFO Technology, www.realityuncovered.net/ August 4, 2009 @ 7:34 p.m., Pingback.)

(Some of the criticisms seemed more like personal attacks, for whatever reason, rather than dispassionate analysis.)

A prior cohort and presently a spokesman for Alienscienctist.com spoke vehemently against Fouche’, having worked with him, and experienced some questionable tactics from Fouche’. This spokesperson felt that Fouche’ had invented many of the ‘science facts’ – not from reliable, hidden sources – but from widespread news, journals and gossip (an unfortunate behavior in humans), and that he melded these tidbits into a fashionable and believable story. According to this cohort, Fouche’ even claimed, while intoxicated, that he had flown in a TR-3B.

Alienscientist.com speculated that Fouche’ gathered, “his mention of Quasicrystals and Metamaterials…Two remarkable types of materials, very definitely used for things like invisibility and stealth cloaking technologies…” from all-ready existing journals and sources and not from friends in Black Projects. “Did he actually work in Black Projects as he claims or did he learn about all this stuff from reading science and technology magazines, or somewhere else?”

Ed Fouche and his wife Rebecca in 1995

“Woody,” a skeptic that claimed to have known Fouche’ personally, was just as blatant: “(July 8, 2014 – 06:33 p.m.) Ed Fouche is a liar! Sadly, he has taken his service in the USAF and attached a fantasy to it that was designed to create a legacy for him! Ed spent thousands of dollars to self-promote a poorly written book, which he can barely give away! Within this book, and another unpublished book called Oracle, Ed claims to have embedded secrets about him, and alleged Top Secret programs that he claims of which he was a part.

“Ed states that he had to talk to JAGS in order to get permission to write certain things in this book while they supposedly filtered out other sensitive material. However, Ed cannot offer any proof of this interaction with JAGS. Ed makes great claims, so it should be incumbent upon him to back these claims with verifiable evidence instead of counterattacking others while expecting them to do his footwork.”

Fouche’ countered that the facts were very complicated and not that simple; deception was part of the overall history of UFOs. Other researchers contended that Fouche’s experiences are neither all black nor white (like so many other enigmatic characters in ufology and even our own personal lives) but a mosaic of half-truths.

In a 1999 interview with investigator Paola Harris, Fouche’ divulged his further belief that many of the so-called UFO abductions were part of a governmental Mind Control program to spread disinformation about the government’s relationship with UFO entities. “Disinformation,” said Fouche’, “If you plant half a dozen different versions of what is going on in people’s minds, no one will ever believe anyone else, and that’s exactly what’s happening…Not unless a pre-existing authority imposed the terms of the future new order.”

At other times, Fouche’ indicated that famed stories, such as the 1997 book about a 1947 Roswell, New Mexico UFO crash by Philip Corso*, and the alleged Area 51 employee, Bob Lazar (who did reverse engineering), were part truth but also part falsehood. (* Philip J. Corso was an American Army officer. He served in the United States Army from February 23, 1942, to March 1, 1963, and earned the rank of Lieutenant Colonel.)

(“The Corso account is unfathomable to me. There must be more to the story than plain BS. That’s not to say that I think the book is truth, but the circumstances that led to the claims must have an impetus. The motives behind putting a smudge on an exemplary life’s achievement are intriguing. Possibly the same sense of mischief that produced the MJ-12 docs was at work?… Lazar? Equally puzzling. Reputable researchers recall entering Area51 on a nod from Lazar. Even that he knew his way through the office buildings. Yet his story is fabrication without apparent substance.

“One last thing, when it comes to Ed Fouche’, there are some kind of massive Triangles that have been flying all over the place since the 1970s,” said ShotInTheDark on June 10, 2014, “and I, along with many others, want to know what they are. Are they ours? Or, are they another countries’? Or, are they from some other place? Bottom line is: they exist.”)

One such triangular craft passed over several Illinois towns, including Lebanon and Millstadt, on the morning of January 5, 2000.  There were multiple witnesses, including several police officers.

“Officer Martin was driving on the southern end of Shiloh heading east when he observed the mysterious object, which appeared to be heading in a westerly direction,” said MUFON investigator David Marler, “he was able to observe three brilliant white lights, which were shining downward from the object. However, the light did not illuminate the ground or objects on the ground. In addition, small red and green lights were observed on the back end of the object. At this time, Officer Martin thought the object’s altitude was approximately 1,000 feet. He estimated the distance from his car to the object to be about a quarter of a mile. He thought the object resembled the shape of an extra wide triangle or arrowhead. He estimated the apparent size to be 75-100 yards wide.” 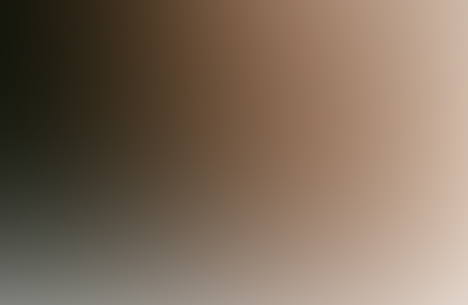 “When Gary McKinnon hacked into U.S. Space Command computers several years ago, learned of the existence of ‘non-terrestrial officers’ and ‘fleet-to-fleet transfers’ and a secret program called ‘Solar Warden,’ he was charged by the Bush Justice Department with having committed ‘the biggest military computer hack of all time’…(He) stood to face prison time of up to 70 years after extradition from UK,” said Darren Perks (UFO Investigator and  Researcher, 11/07/2012, 16:44 BST).

However, there would have been a backlash for McKinnon to testify: his attorney would be allowed to subpoena government officers “to testify under oath about the Navy’s Space Fleet.”

McKinnon discovered that there were about eight cigar-shaped motherships (each longer than two football fields end-to-end) and 43 small “scout ships.” The Solar Warden Space Fleet operated under the US Naval Network and Space Operations Command (NNSOC) [formerly Naval Space Command]. There were approximately 300 personnel involved at that facility. The figure was rising.

“Solar Warden is said to be made up from U.S. aerospace Black Projects contractors, but with some contributions of parts and systems by Canada, United Kingdom,” said Perks, “Italy, Austria, Russia, and Australia. It is also said that the program is tested and operated from secret military bases such as Area 51 in Nevada, USA.”

A SOCIETY OF SECRETS

Some theorists portend that such technology had existed many years before and in the channels of hidden knowledge, hidden codes, and passwords; the space program started in the minds and hearts of various ‘inventors.’

One such telltale element was the mysterious airship phenomena of 1896-1897.  Louis Winkler, PhD, and MUFON consultant in Astronomy, studied the many newspaper and other accounts, and believed the sightings were of balloon craft, which were steerable and powered. The sightings appeared to be “the first of other major developments soon to follow in the field of transportation by air.” They were seen in California and were said to be real mechanical devices. A lawyer, George D. Collins, came from the shadows and said his client, E. H. “Aluminum” Benjamin, was one of the inventors for the last seven years, at that time. Some parts had been invented in the eastern U.S. One of the ships belonged to the Aerial Navigation and Irrigation Company.

“Man is least himself when he talks in his own person. Give him a mask, and he will tell you the truth.” (Oscar Wilde)

The trail of clandestine inventors linked through the late 19th and the early part of the 20th century with the tales of Charles Dellschau and the Sonora Aero Club (1856-1860), the brilliant inventor Nikola Tesla, JPL (Jet Propulsion Laboratory) – Jack Parsons –  Aleister Crowley and the “Babalon Working” were just some of the mysterious aeronautic conundrums. Space scientist and ex-Nazi Dr. Wernher von Braun recognized the powers of the underworld that energized the space race. He was quoted once as ominously warning, “We find ourselves faced by strong powers whose base of operations is at present unknown to us.” (In the year 2000, the Scottish Rite, the largest Masonic sect, formally established Tranquility Lodge #2000, a Masonic Lodge, on the moon.)

“Taken at face value, Dellschau’s collages documented the feats of the Sonora Aero Club, a secretive group dedicated to the creation of ‘aeros,’ or flying machines. In code, and bad spelling in both English and German, Dellschau recounted how, in his youth 50 years before, he and fellow club members gleefully ruled the skies of Gold Rush California, piloting fantastical airships of their own invention.

“Perhaps the notebooks’ tales were merely fictions, Dellschau’s efforts to entertain himself. Perhaps the old man had grown a tad deranged. Or perhaps Dellschau was actually recounting the exploits of his youth, embellishing here and there, but remaining somewhat faithful to the facts. Oddly, that last supposition — the strangest possibility of all — seems the most likely. One line of thought even ties the Sonora club to a rash of UFO sightings.”

LIES BEYOND THE SURFACE

(And a larger program.)

The greatest mysteries were ones that lie deep beyond the surface; whose solutions did not wait in anticipation.

“… we are under threat. Whoever has sent these genetically designed androids or robots (EBEs) to Earth has transmitted a return signal,” said Fouche’. “These beings have found an inhabitable planet with intelligent life forms, and sooner or later the real ‘striking force,’ the real aliens, will arrive. So, we have embarked on this massive program; we have eggs from all these people. We have created special, genetically modified children, and we have placed them in all areas of society through adoption, including placements with individuals connected to the government.”

“…the last generation of humans with distorted alien genes would die off and leave Earth to those who had reclaimed the birth right of mankind.” (p. 275.)