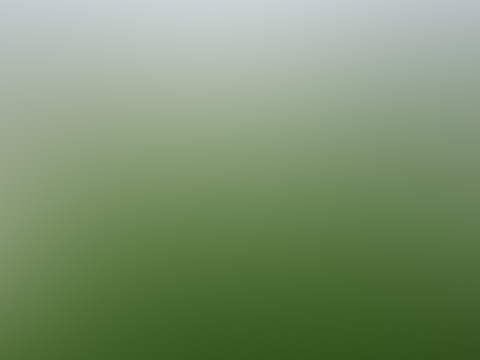 So you’re planning a three day weekend and wondering which meat will be best to throw on the grill and cook for your family? In all the hustle and bustle of travel arrangements and who you were going to visit, did you think for just a moment about just what this all American holiday is about?

Denial of the left

At one recent Memorial Day celebration First Lady Michelle Obama made one of her well known disapproving frowns and commented, ” all this over a flag?” I think this attitude pretty much characterizes the sentiments of the left who are so contrary to the great traditions of holidays, distinctly American, who have a historical significance not only to our culture, but impact the world as well.

Memorial day arose from a holiday originating back in 1868 called “Decoration Day” in observance of the ultimate sacrifice given by American soldiers during the Civil War in which six hundred thousand men perished. That is more than any war before or since. The bloodiest conflict known to the American warrior and it happened between our very own states and citizens!

In 1967, “Decoration Day” was officially changed to “Memorial Day” not just in recognition of our veterans, but in recognition of those who died in the service of their country, a seemingly meaningless gesture in today’s era of self indulgence and frivolous preoccupation.

In the morning the US flag is raised to full mast then slowly lowered to half mast in observance of those lives lost in defense of our nation. At noontime the flag is then raised again to full mast having acknowledged the lives that were given and then restoring our flag to its full mast position as a way of signifying that our nation has remained intact and survives as a result of the sacrifices these men and women gave so that this nation would never fall asunder and stand as a lasting testament to freedom and our way of life.

The adversity of progressives

Yet, we are now under the rule of a president and his White House who have done everything to torment and disrespect our brave warriors who stand guard between us and our enemies determined to kill us and end the great presence of America in the world today. Soldiers funerals using the Christian God have been banned or discouraged by some veterans officials. The US military has been ordered not to allow or soldiers to conduct prayer services to honor their fallen comrades or as a spiritual preparation before going into harm’s way.

The inequity of being a US serviceman

While our president sees fit to expedite executive amnesty allowing foreigners who are not citizens to enter our country and receive citizenship, social security benefits, drivers licenses, and work permits while thousands of US war veterans cannot get adequate care from the VA such as medicine, therapy, surgical procedures, PTSD counseling, and other related care. It is ironic that a nation that prides itself on selfies, reality shows, Facebook, ball games, and three day weekend holidays has almost forgotten the ultimate sacrifices made by our fighting men who did not ask for the job of fighting ruthless enemies on foreign soil so that we would not have to face them here.

Yet, if our president has his way as our borders are left unsecured, we will be fighting the enemy here at home as our federal judges force referendums on Sharia Law and the US media blames victims of hate crimes committed by Islamic terrorists making excuses for their intolerance! The liberal among us would tell us that the poor woman beheaded by an Islamist thug in Moore, Oklahoma was not tolerant enough. They would lecture us that Pamela Geller conducting a cartoon contest in Garland, Texas was provoking the gunmen who would have slaughtered the 200 participants there with AK-47 assault rifles had one policeman not killed both of them with only his pistol to answer with.

Epitaph to a date forgotten

Memorial Day is as sacred as any other occasion both religious or for the purpose of observing the importance of human life given so that others could survive. One might recall the iconic images of a Chaplain in World War II who is knelt next to a dying soldier and he is giving last rights over the soldier’s wounded body with his hands pressed together in prayer as life slips away from the dying warrior so that he will enter heaven and leave the pain of the conflict and war behind. One might wonder just why it is that the US military now fights against its warriors observing prayer, and yet they are still expected to go to war at a moment’s notice and endure the unimaginable with no certainty of aid or support if they live to come back. This is the sad and unspoken legacy of our fallen heroes and a holiday we call “Memorial Day”.

Remember gently those men who were fathers, brothers, husbands, officers, sons, and grunts who fell in the ordeal of battle. Some fought heroically while others died unsuspectingly. Some refused to quit in the face of impossible odds while others charged triumphantly toward a retreating foe. Some women gave their lives as combatants, nurses, and officers seeing that their country was safe from those who would do us harm. This is a day to hold them dear in hearts and our memory and recognize the price that they paid so that you and I could enjoy the freedoms we are supposed to be guaranteed under the protections of our Constitution.