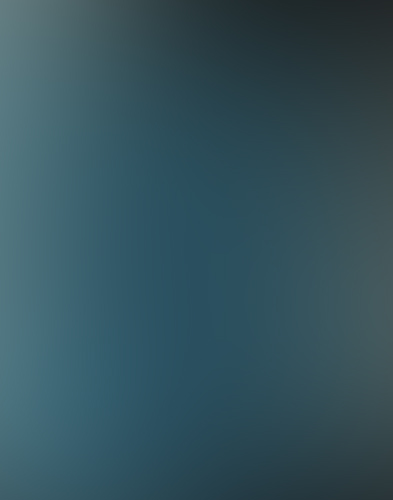 The novel Frankenstein: A Modern Prometheus (1818) with its story of the iconoclastic scientist Dr. Victor Frankenstein and the monster that he stitched together of human parts and brought to life is one of the most famous works of fiction in the world. The eerie tale has inspired over 100 motion pictures, and the character of the lumbering monster has appeared in dozens more stage plays, television shows, and even video games. The cinematic interpretations began with the 15-minute version filmed by Thomas Edison and J. Searle Dawley in 1910, and the most notable adaptations have been Frankenstein (1931) with Boris Karloff as the monster and Colin Clive as Dr. Frankenstein and The Curse of Frankenstein (1957) with Christopher Lee as the monster and Peter Cushing as the obsessed scientist.

The Media Psychology Lab at California State in Los Angeles recently polled people across the United States from ages 6 to 90 in all ethnic groups to determine which movie monsters ranked as the favorites. According to the survey, the most frightening motion picture of all time for all groups was The Exorcist (1973), in which a demon possesses a young girl. That same survey asked interviewees to name the most frightening movie monsters of all time. Seventy years after its initial theatrical release, the original Frankenstein monster as portrayed by Boris Karloff ranked Number Three.

Few readers of Steiger books will be surprised to learn that the author whose work has become one of the greatest classics of horror was a teenaged girl. Mary Wollstonecraft Godwin (1797-1851) was just sixteen when she met the poet Percy Bysshe Shelley (1792-1822), a devotee of her father, the political philosopher William Godwin (1756-1836). Mary ran off to Europe with Shelley in 1816, and they spent the summer with Lord George Gordon Byron (1788-1824) and his friend and personal physician Dr. John Polidori (1795-1821) in Geneva. To pass the time during a dreary summer, Lord Byron suggested that each of them should write a ghost story. Eighteen-year-old Mary was the only one of the four who actually fulfilled the assignment, publishing her novel two years after she married Shelley in December 1816.

While the novel has been hailed as a masterpiece and a work of genius, scholars have long debated the source of Mary Shelley’s inspiration. Although eerie and haunting, the story of a scientist who overreaches the bonds of convention to fashion new life from the bodies of the dead does not truly fit the challenge of writing a ghost story. What–or who–suggested the character of Dr. Victor Frankenstein, who became the prototype of the mad or obsessed scientist, defying the limitations of his peers and the morals and values of conventional society?

Many scholars maintain that The Golem of Jewish tradition was the young author’s inspiration for the Frankenstein monster. However, according to Kabbalists, the Golem is created from virgin soil and pure spring water, rather than the body parts of cadavers–and it can only be fashioned by those who have purified themselves spiritually and physically, rather than by heretical scientists in foreboding castle laboratories who bring down electricity from the sky to animate their patchwork human. Once the Golem has been formed, it is given life by the Kabbalist placing a piece of paper with the Tetragrammaton (the four-letter name of God) written on it under its tongue.

The creation of a Golem is one of the advanced stages of development for serious practitioners of Kabbalah and alchemy. Instructions for fashioning a Golem according to the Talmudic tradition was set down sometime in the 10th century by Rabbi Eliezar Rokeach in The Book of Formation, and in his modern adaptation of the ancient text, Rabbi Aryeh Kaplan stresses that the initiate should never attempt to make a Golem alone, but should always be accompanied by one or two learned colleagues. Extreme care must be taken by its creators, for the Golem can wreak havoc. When such a mistake occurs, the divine name must somehow be removed from the creature’s tongue and it be allowed to revert to dust.

The most famous Golem is “Yossele,” the creature created by Judah Loew Ben Bezalel (1525-1609) to help protect the Jews of Prague from the libel that the blood of a Christian child was used during the Passover Seder. There are many accounts of how Yossele saved innocent Jews from reprisals directed against them by those citizens who had been incited by the horrible accusations of human sacrifice. Once the Golem had served its purpose, the rabbi locked it in the attic of Prague’s “Old-New Synagogue, where it is widely believed that the creature rests to this day. The synagogue survived the widespread destruction directed against Jewish places of worship by the Nazis, and it is said that the Gestapo did not even enter the attic. A statue of Yossele, the Golem of Prague, still stands at the entrance to the city’s Jewish sector.

Literary researchers argue that Dr. John Polidori is the obvious source for the medical and scientific concepts that fired Mary’s imagination. The weather in Geneva that summer of 1816 was unpleasant, and Lord Byron and his guests found themselves indoors much of the time, telling one another ghost stories and gothic tales. Mary wrote in her diaries that she and her sister, who had accompanied her when she and Shelley left England, found Polidori both attractive and interesting. He regaled the group with accounts of strange medical phenomena, such as experiments in reviving corpses. Polidori also wrote a horror novel that summer The Vampyre (1819) that many scholars claim contains the seeds of inspiration for both Shelley’s Frankenstein and Bram Stoker’s Dracula (1897).

In 2002, while researching the influence of science upon the poetry of Percy Shelley, Chris Goulding, a PhD student at Newcastle University, found historical documents which indicated that the true model for Victor Frankenstein was Dr. James Lind (1736-1812), Shelley’s scientific mentor at Eton in 1809-1810. Lind had become fascinated with the ability of electrical impulses to provoke muscle movement in the legs of dead frogs, and he was quite likely the first scientist in England to conduct galvanic experiments similar to those which enabled Dr. Frankenstein to focus electricity from lightning and bring his monster to life. Percy Shelley was greatly interested in science, and Goulding points out passages in Mary Shelley’s unfinished biography of her husband wherein she commented that Percy often spoke of the great intellectual debt that he owed to Dr. Lind.

Whatever or whoever was truly the model for Dr. Victor Frankenstein, one thing is certain: That dreary summer in 1816 as young Mary sat listening to Dr. Polidari spinning his tales of medical mysteries and to Shelley recounting the astonishing experiments of Dr. Lind, her fertile imagination was visualizing the story of a bold scientist who dared to play God and to give life to a grotesque monster–a vision that has haunted readers and movie-goers for nearly 200 years.

If you want more information or wish to purchase the book FRANKENSTEIN from AMAZON.COM, simply click on its cover: Frankenstein (Penguin Horror)